Exits are numbered in increasing order from west to east, from the bridge across the Mississippi River out of Iowa, east to the end at the "ricochet," as I've called it.  Interstate 280 has one cohesive set of mileage and exit numbers that do not start over at the state border (like Interstate 270's numbers do).  As Interstate 280 crosses into Illinois after ten miles of traversing through Iowa, mile numbers in Illinois start at about ten.

Once Interstate 280 is done traveling ten miles south through parts of Iowa territory, it crosses the Mississippi River into Illinois and turns easterly...
The first exit Interstate 280 reaches in Illinois is Exit 11A, for Illinois 92 west toward Andalusia, Illinois: 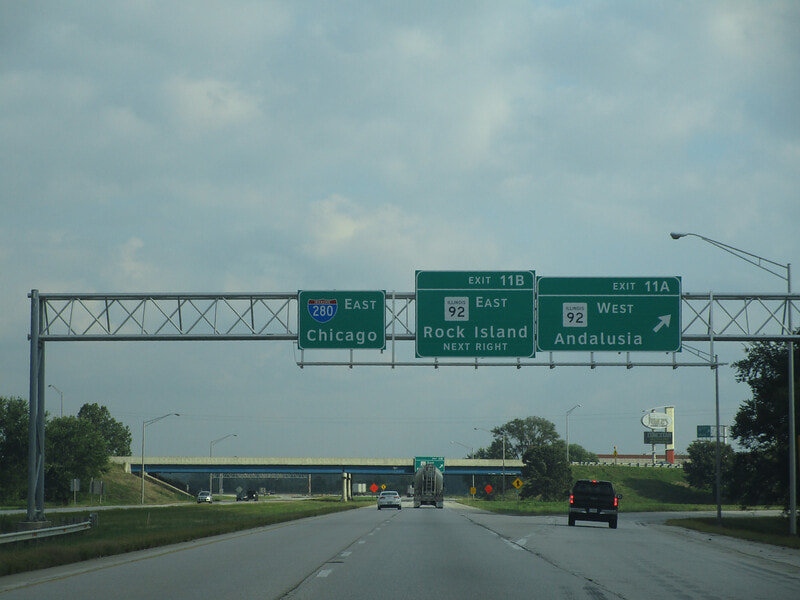 Exit 11B completes the set of offramps at this cloverleaf interchange, and this ramp leads to Illinois 92 east toward Rock Island: 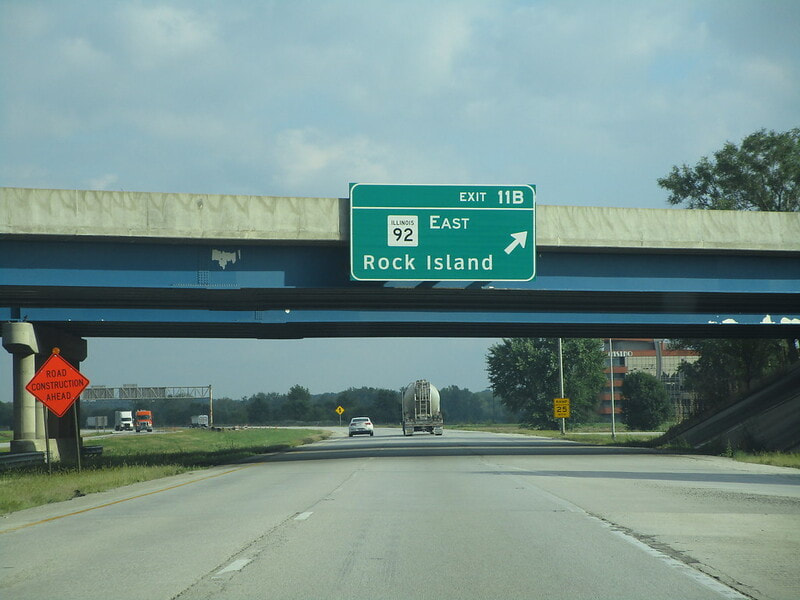 Though Interstate 280 passes over US Route 67 with no direct access, exit 15 to Airport Road and Milan can provide an indirect link to that highway: 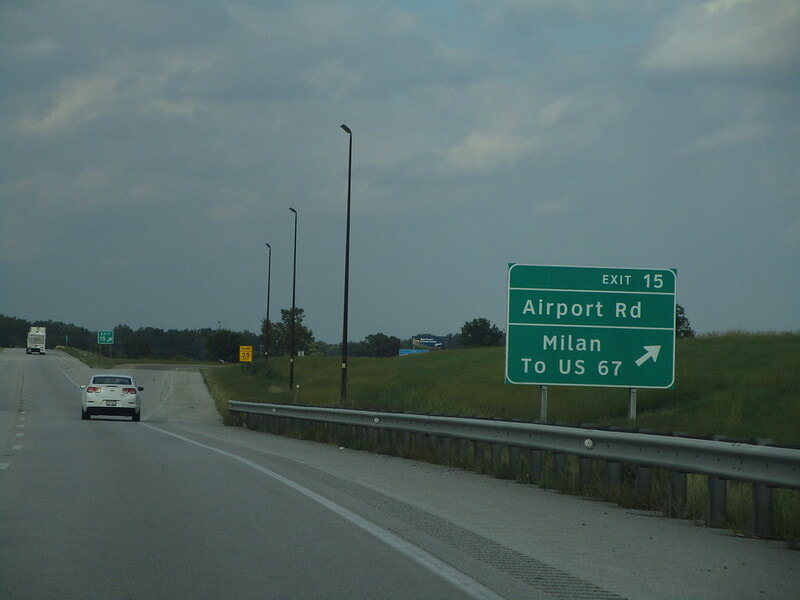 Exit 18A is the first half of a compressed cloverleaf interchange leading to a north-south highway carrying US Route 6 and the northernmost portion of Interstate 74; this first ramp leads to US Route 6 east (south) and the entrance to the Quad City Airport: 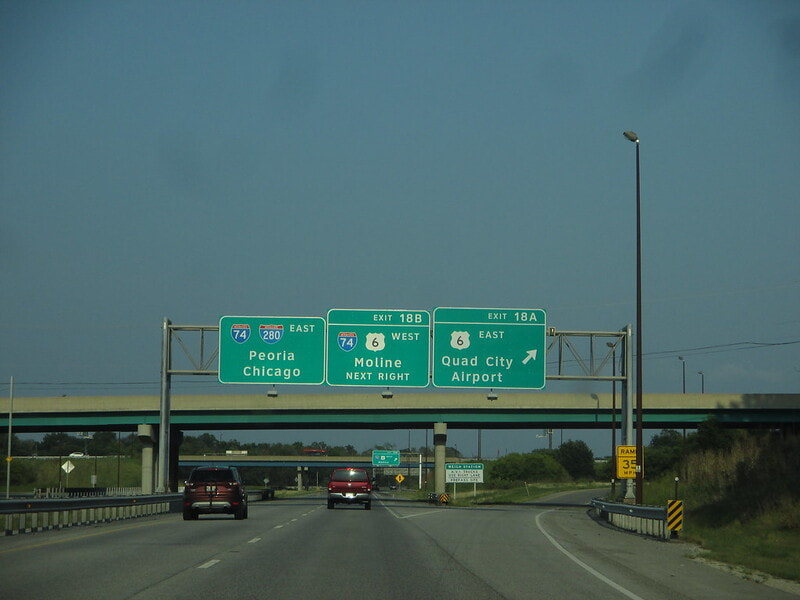 Exit 18B, the latter ramp of the cloverleaf, leads to Interstate 74 and US Route 6 north into the heart of Moline; it is at this point that Interstate 74 joins Interstate 280 east (the westbound sign says "exit 5A" because it uses Interstate 74's numbering system): 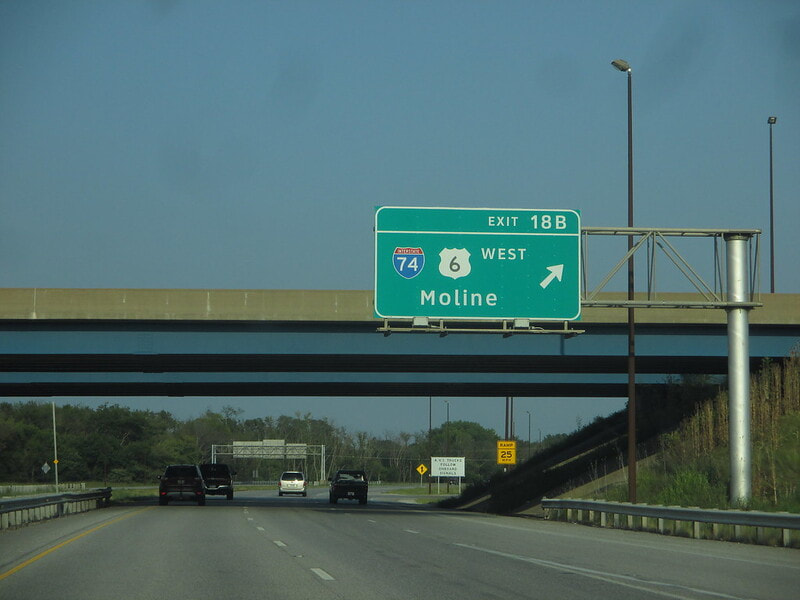 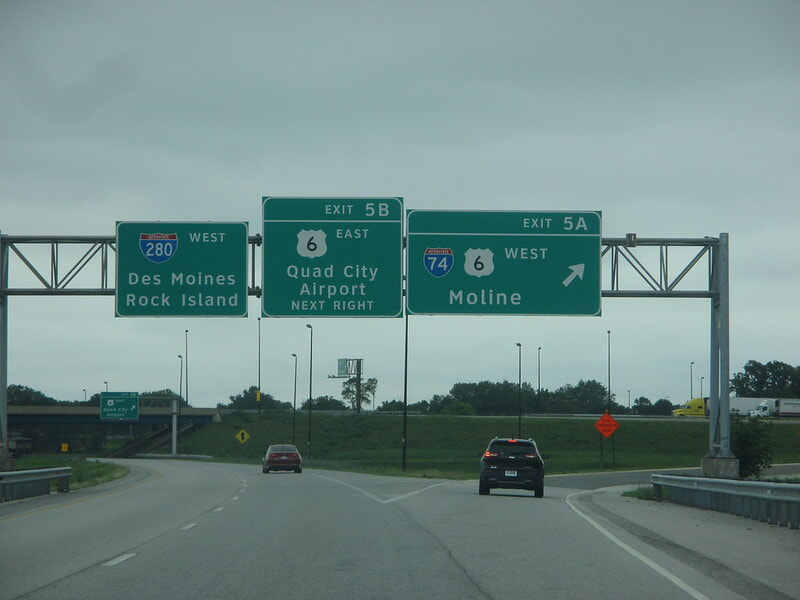 Interstate 280 travels east with Interstate 74 for another nine miles, and then comes to an end at the ricochet interchange. This cloverleaf interchange kicks off with a ramp sending Interstate 74 farther southeastward, toward Galesburg and Peoria: 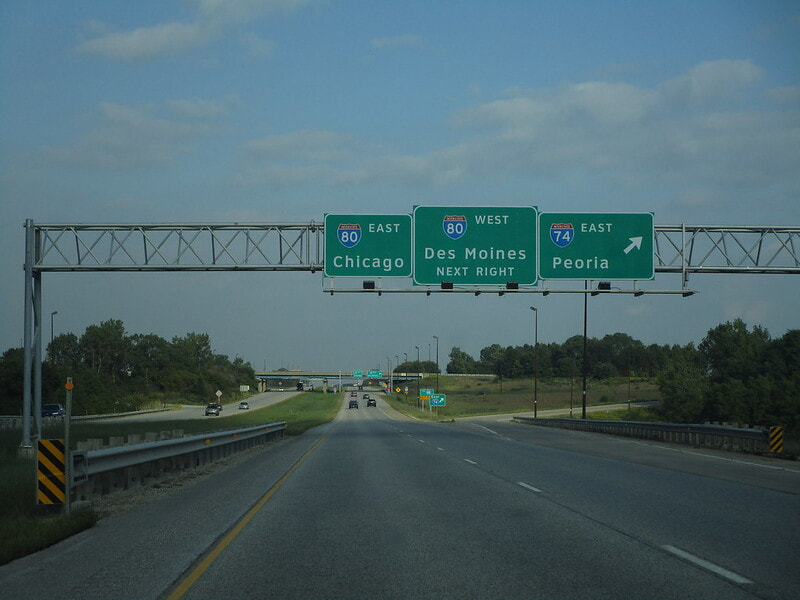 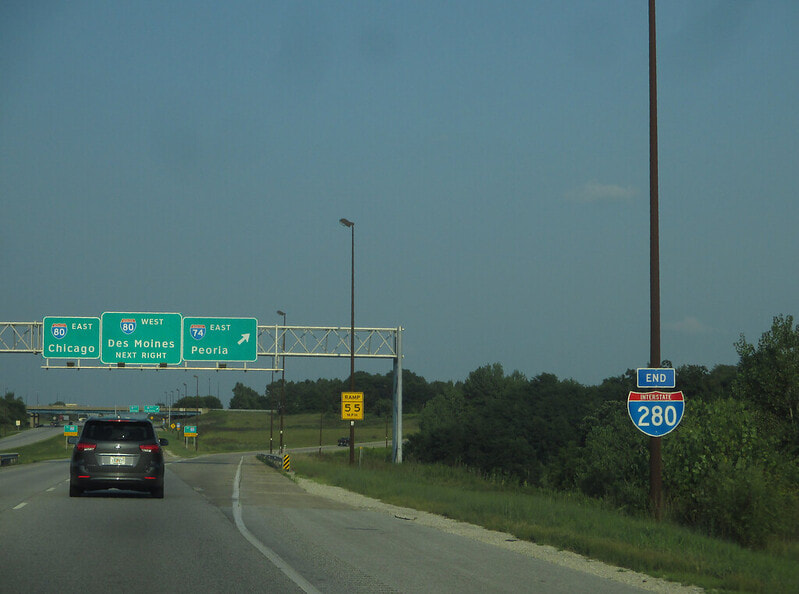 The second ramp at the cloverleaf leads to Interstate 80 northward and westward, toward Interstate 88 and toward Des Moines. Continuing straight ahead to the east will put you on Interstate 80 east toward Chicago, which is probably what most travelers want! 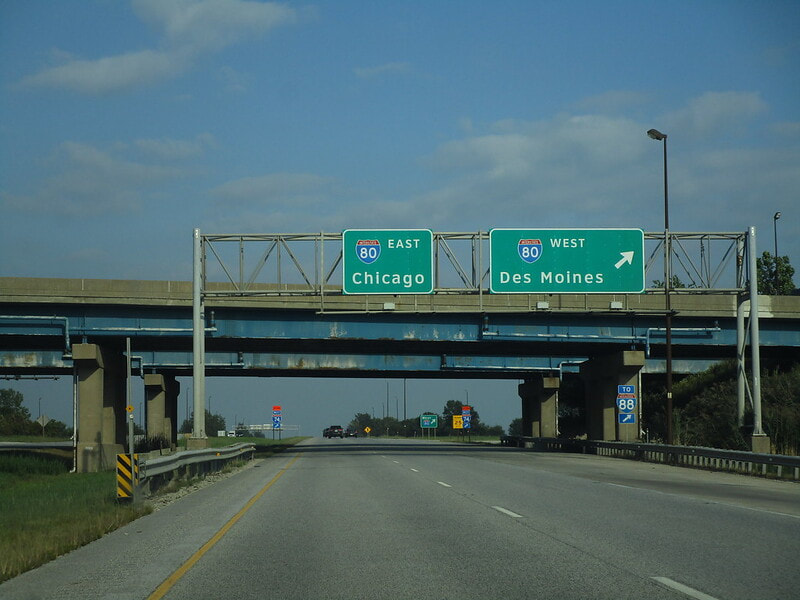