Illinois Route 124 is a very short north-south highway just north of Springfield.  It runs from Sherman west for about one mile, then it turns northerly for about four and a half miles.  I have no idea why the route is signed east-west, because over eighty percent of it runs north-south. The previous extent of Illinois 124 included a continuation westward from its present northern end; while that previous form of Illinois 124 could have reasonably had east-west signage, there's no sensibility in doing that today.

The only two junctions with Illinois 124 are the southern endpoint at Business Loop I-55 in Sherman...: 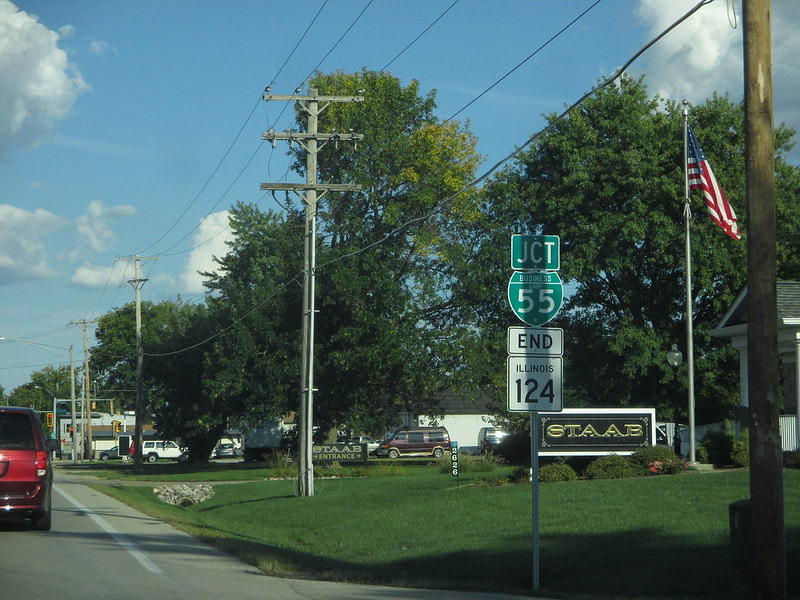 ...And the northern end is at Illinois 123 west of Williamsville. 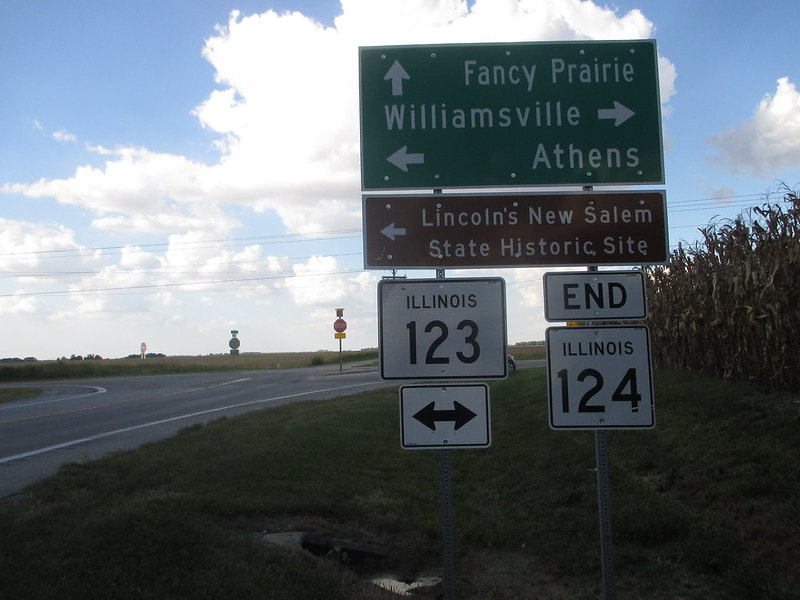