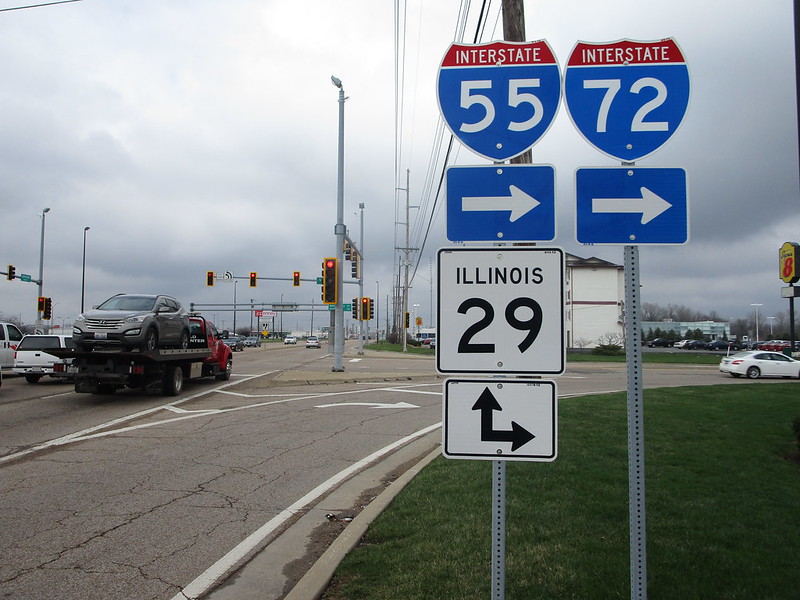 My photo of an Interstate 72 marker comes from a major intersection in Springfield, Illinois, just barely west of where Illinois Route 29 meets the concurrency of Interstate 55 and Interstate 72.  The sign assembly depicted faces south on Dirksen Parkway, which Illinois Route 29 joins from the east.  The signs facing south explain this, and they explain the fact that access to Interstates 55 and 72 is provided just to the east, down Illinois Route 29. This photo was honestly taken on a short 2-day trip I made to Springfield, Illinois, so I could attend a seminar for work reasons.  I snapped the picture in April 2019.
Back to the nationwide main page.
Back to the home page.