Iowa Route 212 is a short route in near-eastern Iowa, west of Iowa City and the Amana Colonies region.  The route is parallel to the Iowa River, roughly following the southern shore of the river.  The eastern end is in Marengo at US Route 6. From there, Iowa Route 212 heads west-northwesterly to Iowa Route 21.  The western end at Iowa Route 21 is right across the Iowa River from Belle Plaine, Iowa. 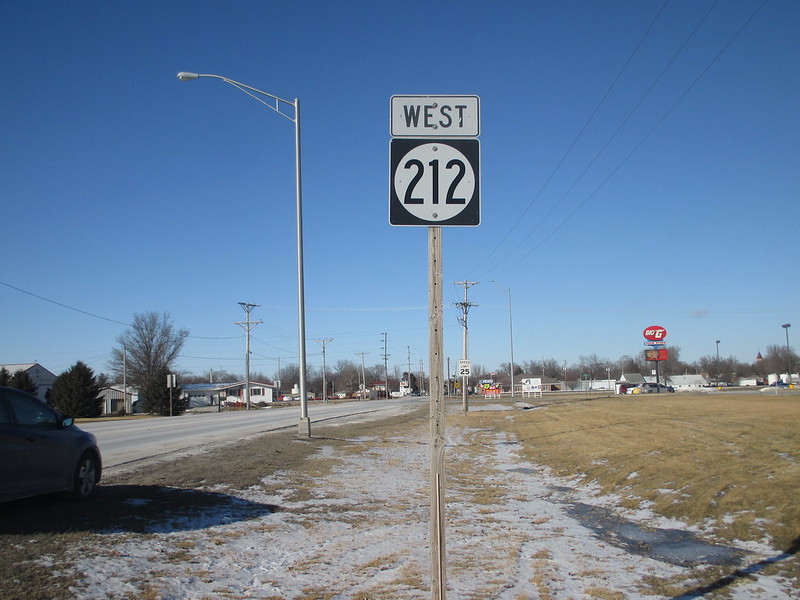