​​US Route 2 in Michigan 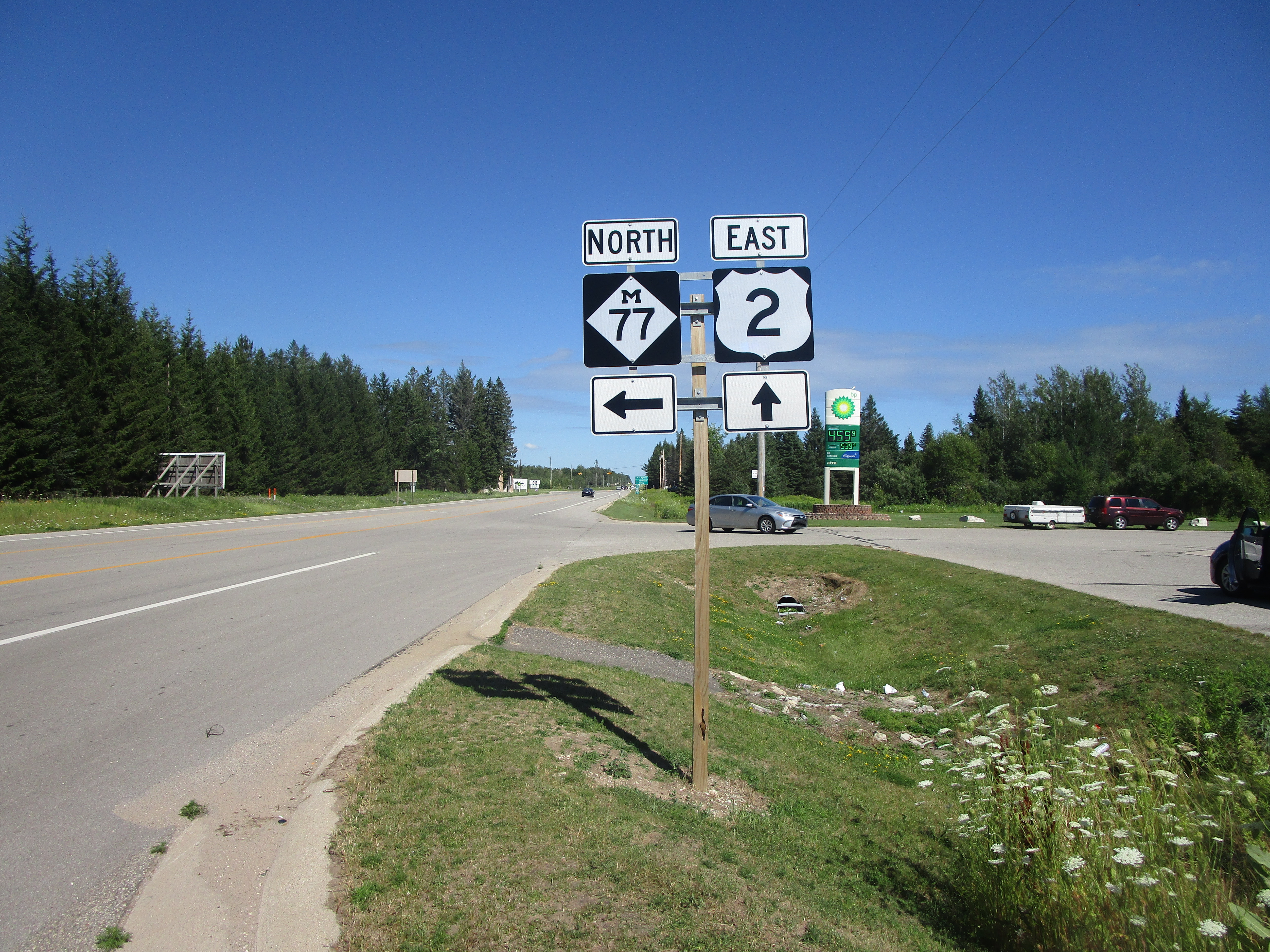 My photo of US Route 2 in Michigan comes from US Route 2's junction with the southern end of Michigan Highway 77.  This junction is about twenty miles east of Manistique, in Mueller Township.  Generally speaking, the location of this junction is midway across the eastern half of the Upper Peninsula, very near the southern edge of the landmass. The guide assembly from that junction that's shown in this photo was established for eastbound travelers on US Route 2 looking for the turn onto Michigan Highway 77. This photo was taken at the end of July 2022, during a trip to the Keweenaw, Drummond Island, and Alpena.