Illinois Route 158 is somewhat of a circumferential route around the southern and southeastern sides of the Metro-East.  It starts at Illinois 3 south of St. Louis and heads easterly, then northerly to end at Interstate 64. This page will identify a western end and a northern end to Illinois 158, as the route begins with an easterly component followed by a northerly component; in other words, it appears like a backwards "L" on maps. 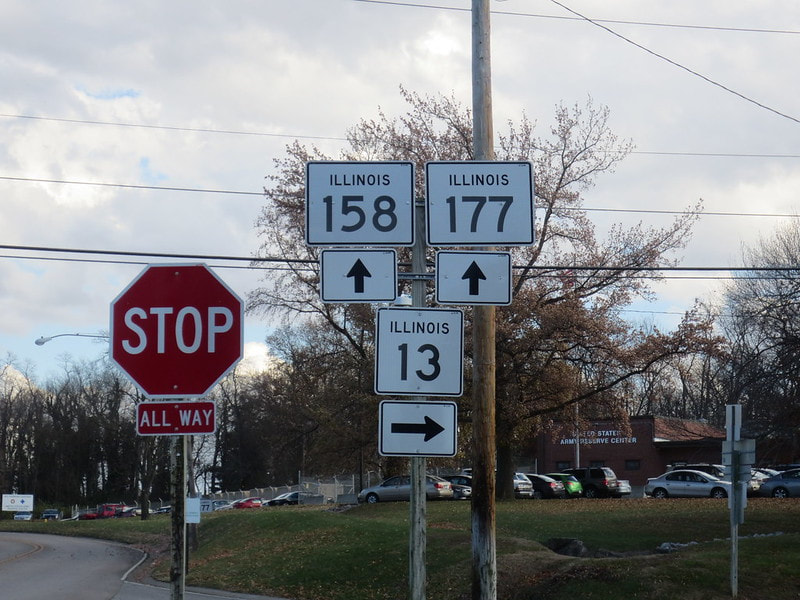 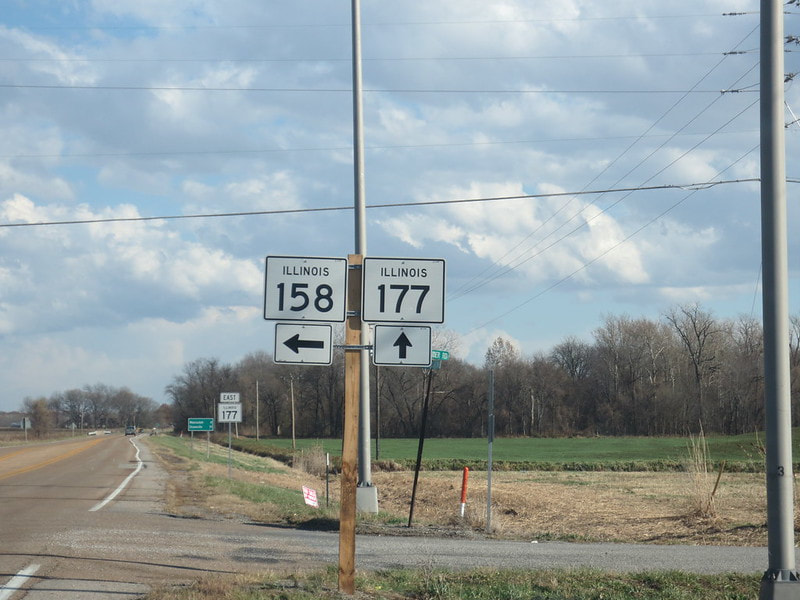 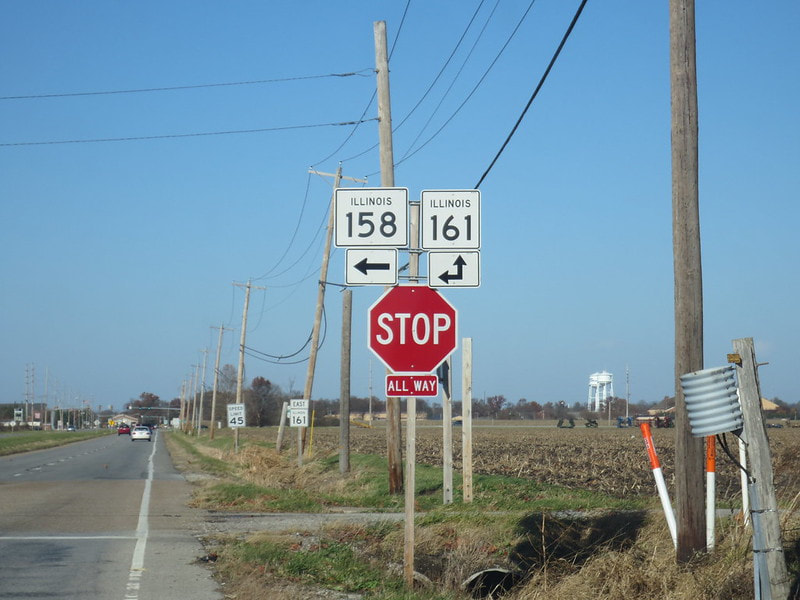 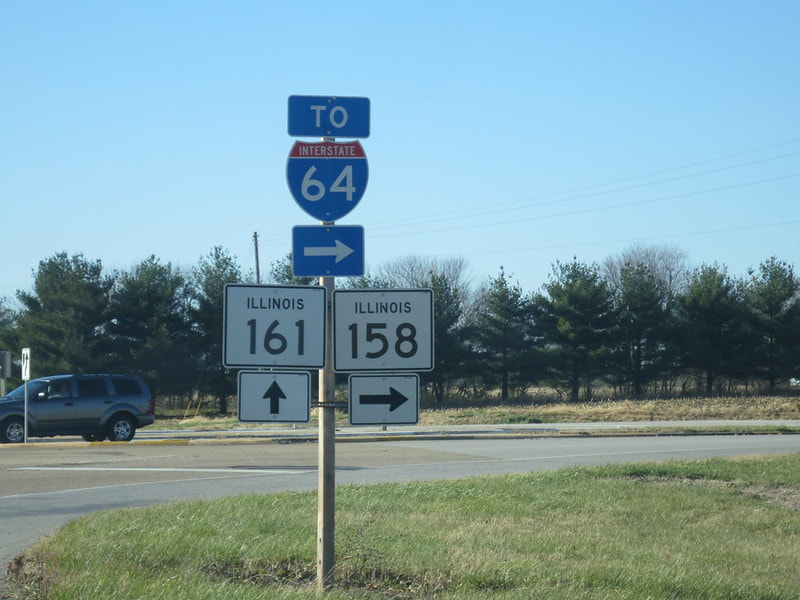