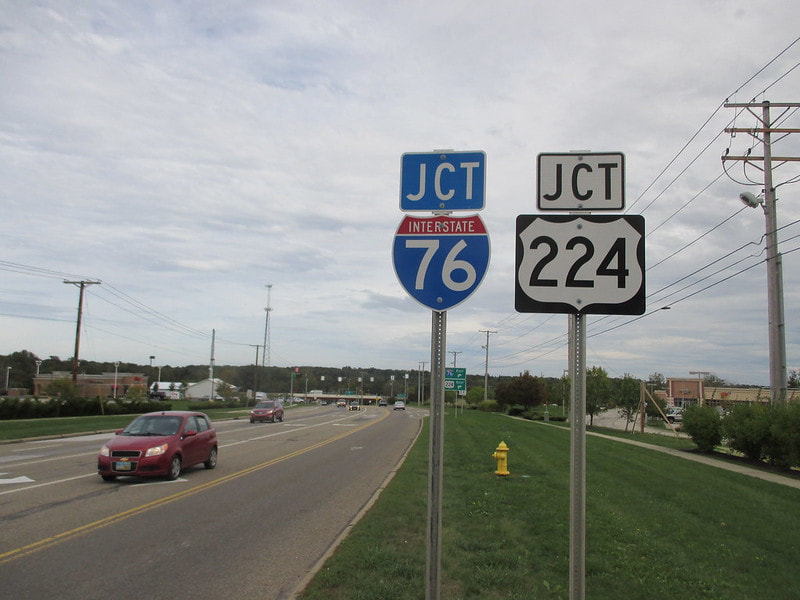 My photo for US Route 224 comes from Ohio State Route 261 at Wadsworth, Ohio. Why photograph Interstate 76 and US Route 224 on two separate occasions, when you can take care of both of them using one photo? This pair of junction markers faces southwest, announcing to traffic moving northeasterly that Interstate 76 and US Route 224 are just ahead. This photo was taken on an early part of the trip to the northeastern United States in October 2015.
Back to the nationwide main page.
Back to the home page.