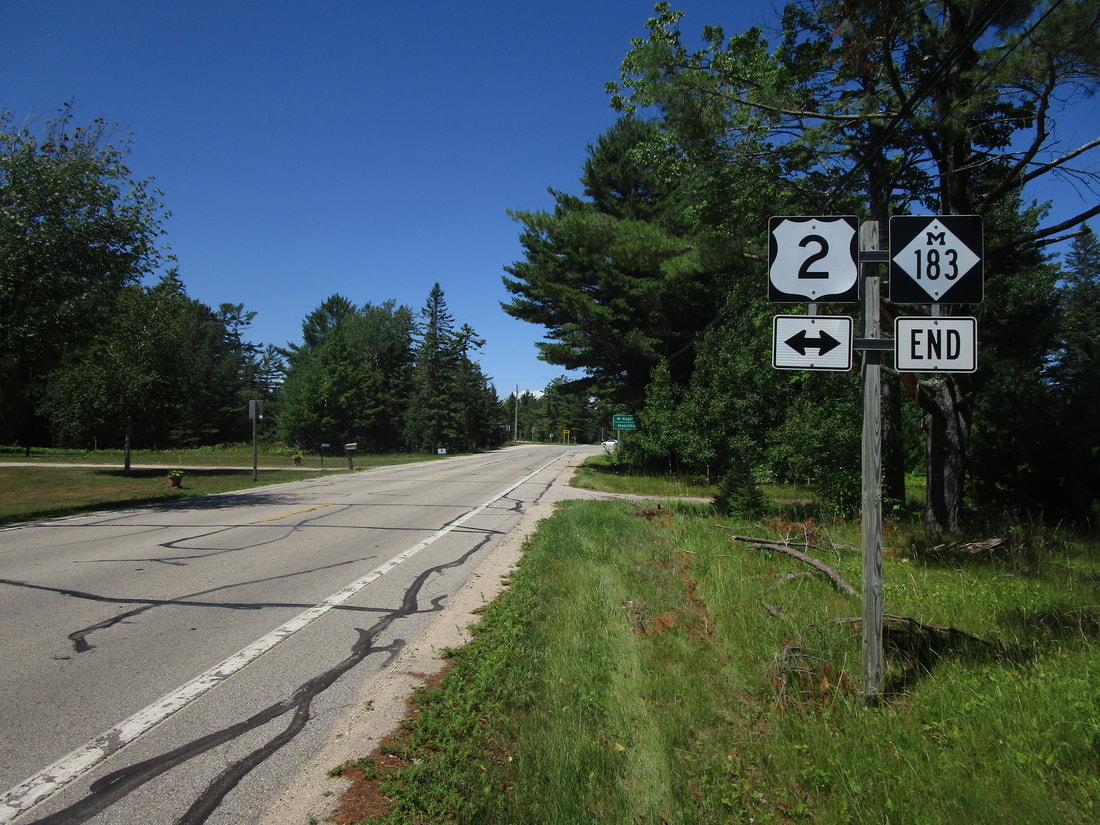 My photo of Michigan Highway 183 shows the northern end marker at Garden Corners.  As indicated by the signage shown, this northern terminus is at US Route 2.  The sign assembly depicted indicates to northbound travelers that Michigan Highway 183 is ending, and that turning either way will put them on US Route 2. This photo was taken at the end of July 2022 on a trip to the Keweenaw, Drummond Island, and Alpena.