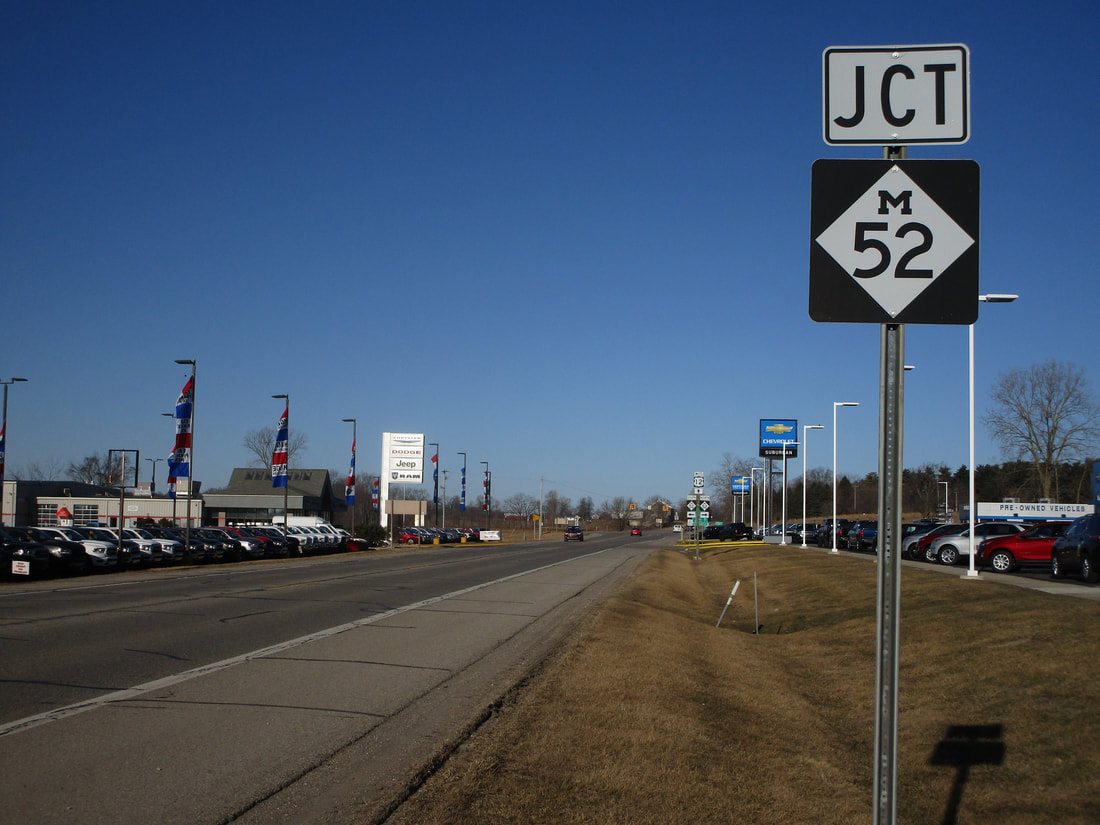 My photo for Michigan Highway 52's signage comes from the state highway's 4-way intersection with US Route 12.  Just west of Clinton, Michigan, the intersection is announced by this junction marker for westbound travelers on US Route 12. If you look down the road into the background of this photo, you can see the junction between the two routes, as viewed from the east.  This photo was taken in March 2019, as I was driving around central and southern Michigan.