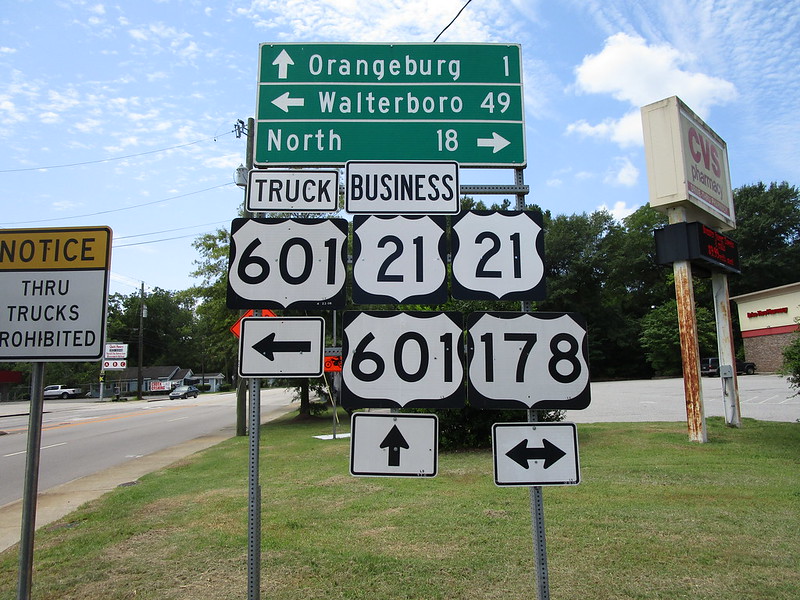 My photo of US Route 601 comes from Orangeburg, South Carolina. The sign assembly depicted faces north at the southeast corner of the intersection, and downtown Orangeburg lies just to the south, or just into the photo's background.  US Route 601 penetrates into the downtown area, whereas US Route 21 and US Route 178 run east-west bypassing downtown just to the north (save for US Route 21's business route). This photo was taken in July 2019, as part of the day I spent detouring around South Carolina.
Back to the nationwide main page.
Back to the home page.