PAUL ACROSS AMERICA
Interstate 90 runs from the Pacific Northwest to New England, forming the longest Interstate Highway in existence.  Interstate 90 begins at an interchange with Interstate 5 in inner Seattle, which has ramps extending west to some urban streets.  From there, Interstate 90 heads up into the Cascades, coming back down to head for Spokane.  Just east of Spokane, Interstate 90 cuts across the northern panhandle of Idaho into Montana.  Interstate 90 spends a lot of time heading through Montana, heading east past Missoula and Bozeman to Billings.  At Billings, Interstate 90 diverts southeasterly to cross the southern border of Montana into Wyoming, but it creates Interstate 94 to head northeast to North Dakota.  Interstate 90 passes Sheridan, Buffalo, and Gillette in Wyoming, to cross into the Black Hills of South Dakota.  It serves Rapid City and Sioux Falls as it crosses the width of South Dakota, before crossing southernmost Minnesota.  Near Winona, Minnesota, Interstate 90 crosses the Mississippi River into La Crosse, Wisconsin.  It turns southeasterly through Madison, and then southerly to the Illinois border, where Interstate 90 becomes a tollway. At Rockford, Interstate 90 bends southwesterly to run through downtown Chicago. It exits Chicago directly into Indiana, where it becomes a tollway hugging the whole northern border of the state. The tolled portion of Interstate 90 continues into Ohio, passing through Toledo to reach the Cleveland area.  Interstate 90 diverts away from the tolled Ohio Turnpike to head northeast through Cleveland and the northwestern section of Pennsylvania home to the city of Erie.  It hugs the southern shore of Lake Erie until it can bend northerly into Buffalo.  At Buffalo, though, Interstate 90 bends back east into the start of the New York State Thruway, which is tolled until Albany.  In New York, Interstate 90 brings traffic to the Rochester and Syracuse areas, as well as to Albany.  Beyond Albany, Interstate 90 is done with the New York State Thruway, but it becomes tolled again once it crosses into Massachusetts.  Interstate 90 runs east-west across the full width of Massachusetts, through Springfield and south of Worcester, into Boston.  The eastern end of Interstate 90 is east of its crossing of Interstate 93 in downtown Boston, at an interchange outside Boston's Logan Airport. 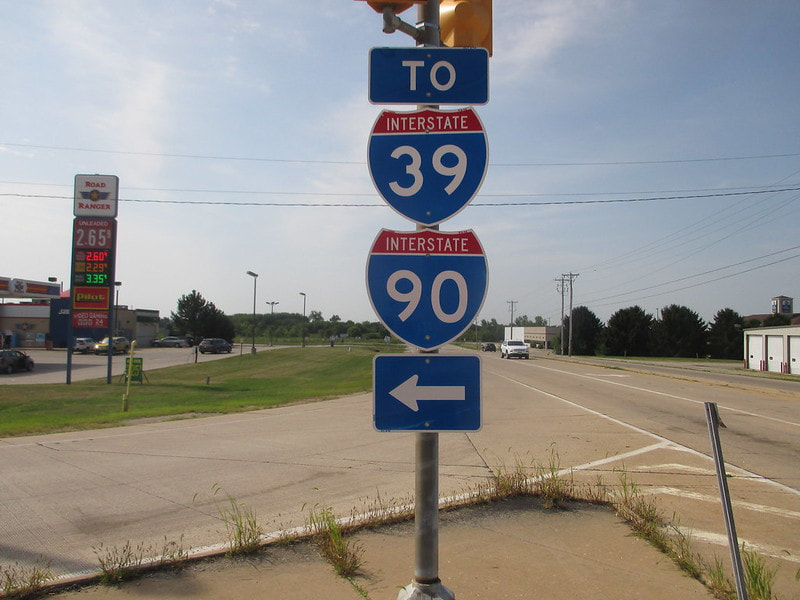