Illinois Route 33 runs east-west in southeastern Illinois, connecting the Effingham area to points east.  The western end is a little west of Effingham, near Beecher City, and the eastern end dives south along the Wabash River to end just across that river from Vincennes, Indiana.

The western end of Illinois 33 is at Illinois 128 near Beecher City (not to be confused with Beecher, which is in Will County): 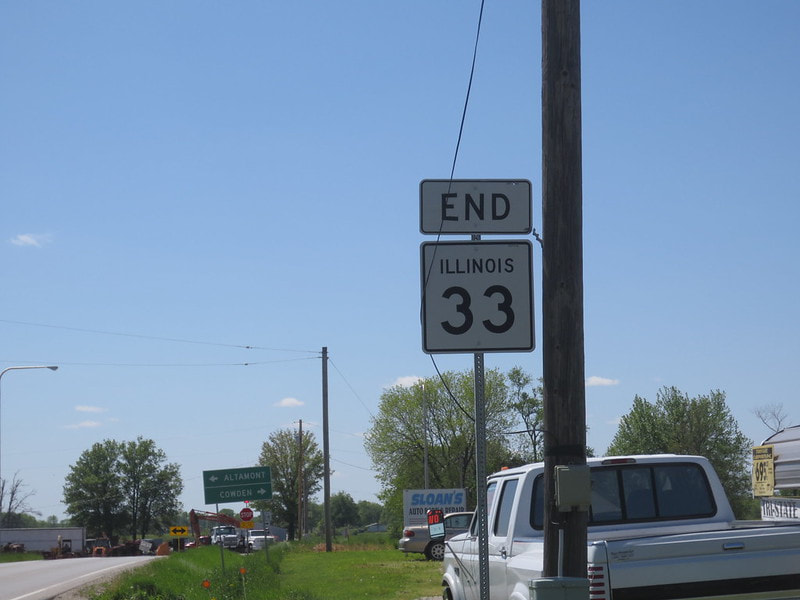 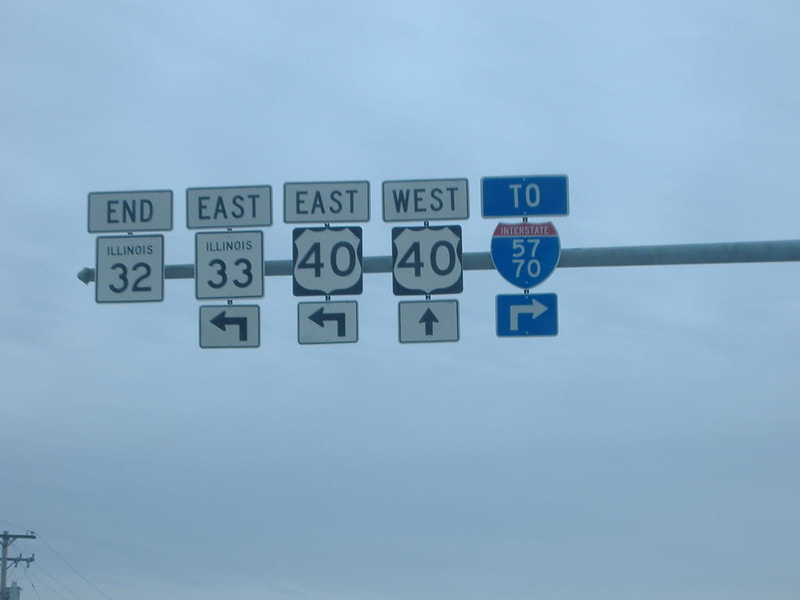 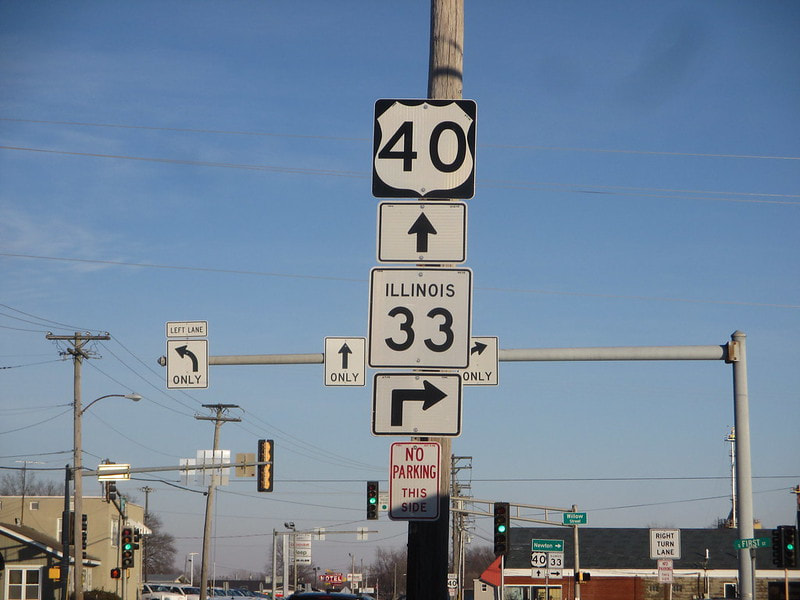 After passing through Dieterich and Wheeler, Illinois 33 reaches Newton, where it joins Illinois 130 north: 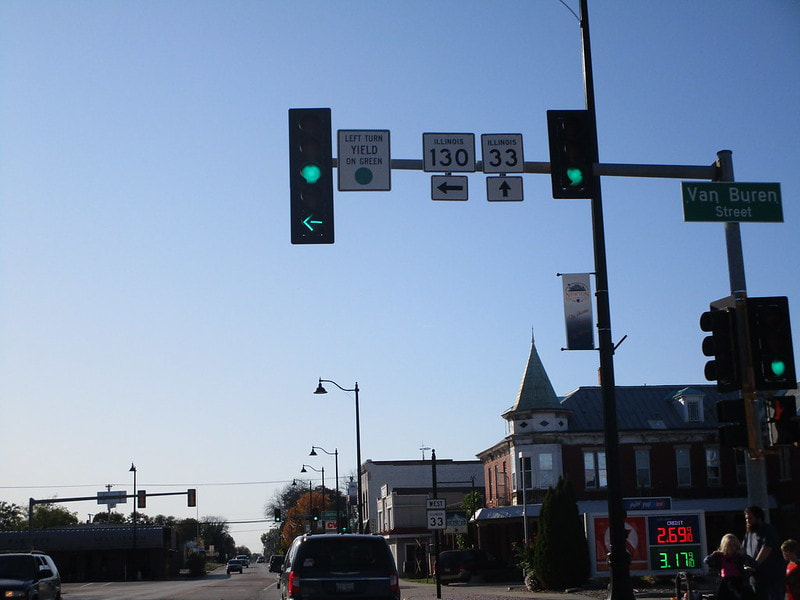 Only a few miles later, outside of Newton, Illinois 33 splits from Illinois 130 to resume going easterly: 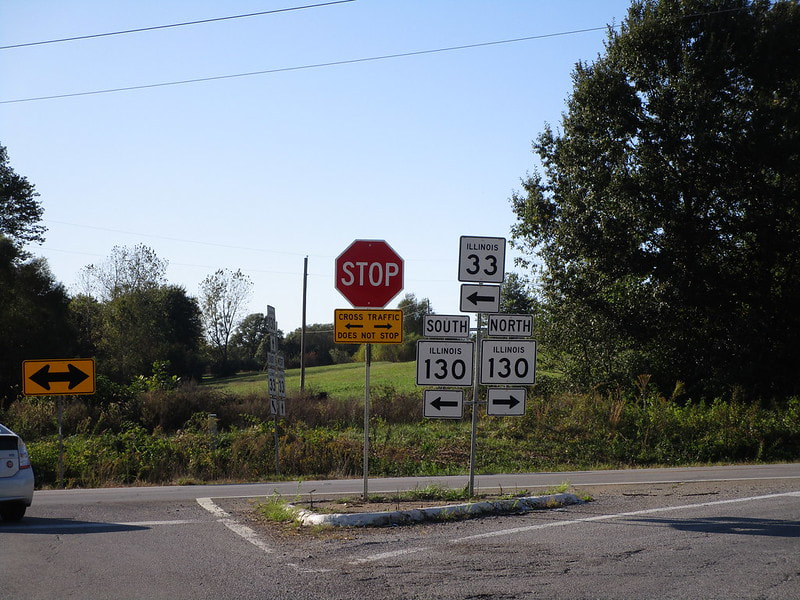 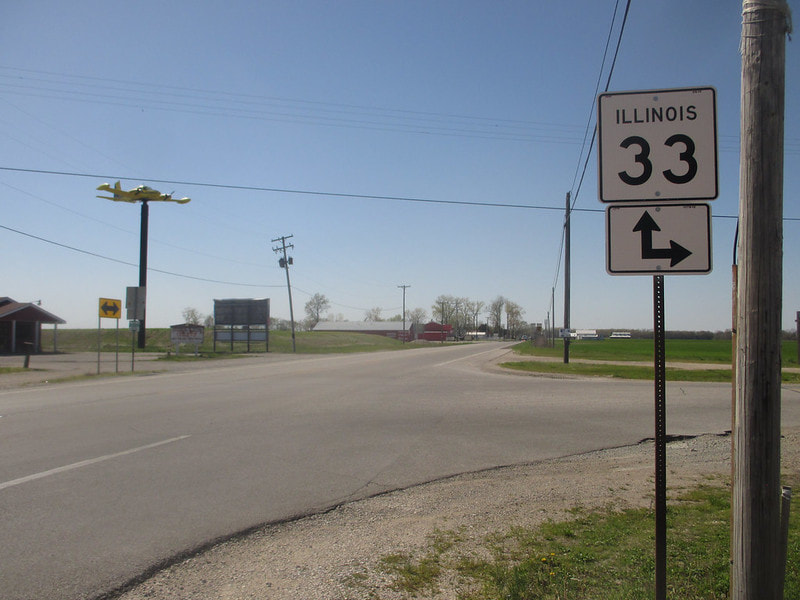