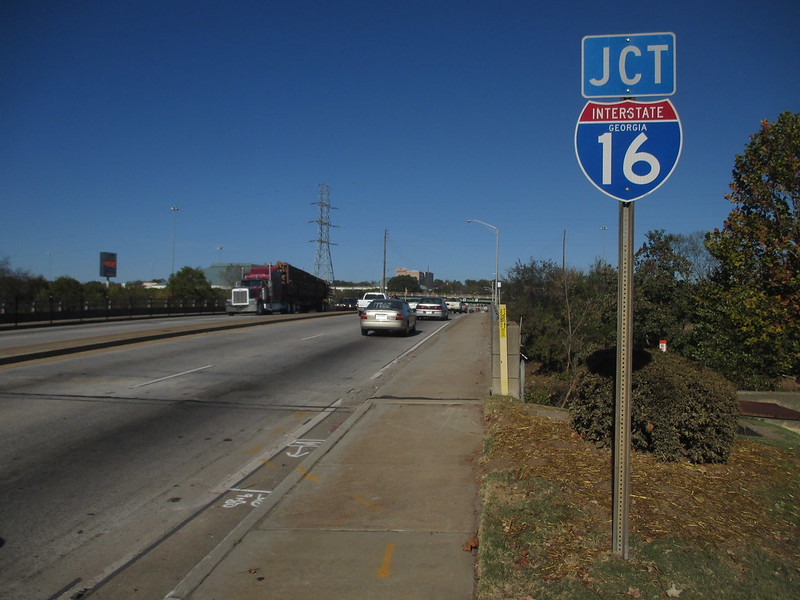 My photo of an Interstate 16 marker comes from US Route 80 in Macon, Georgia.  Interstate 16 runs northwest-southeast in Macon, and US Route 80, in this photo, is heading east toward the interchange it shares with Interstate 16.  The sign shown in the photo is a junction marker facing west on US Route 80. This photo was taken during the drive home from the second Gulf Coast trip in November 2016.
Back to the nationwide main page.
Back to the home page.