First of all, though, here is the photo showing where I got my shield image for Interstate 380. The photo's location isn't along Interstate 380 at all; rather, it's along US Route 20 just to the west.  The signage you see here faces south at the northern end of Iowa Route 21.  It notifies drivers on Iowa Route 21's northbound side that, in order to get to Interstate 380, they can use this onramp to US Route 20 eastbound that's coming up soon. This photo was taken in May 2022.  I was looking for other Interstate 380 signs when I was on the same trip, but the best one just happened to be this one that's only tangentially related! 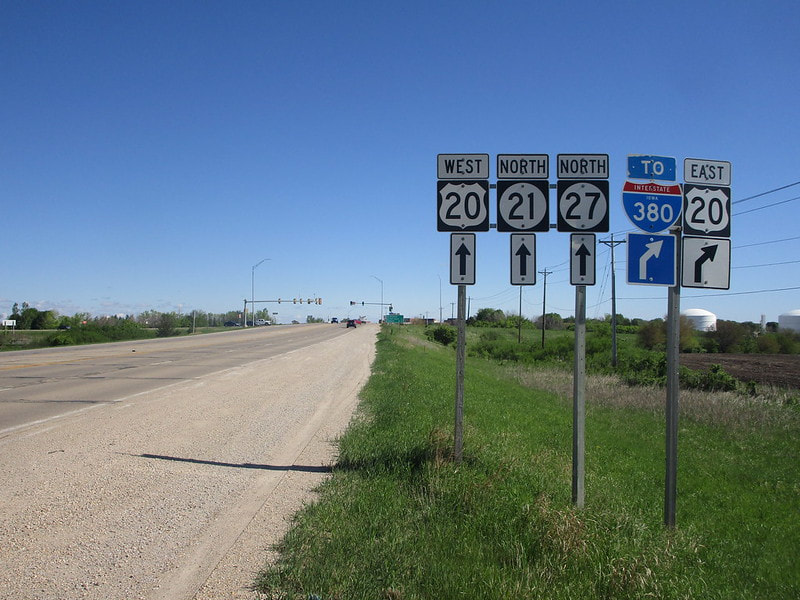