Iowa Route 70 is a north-south route in eastern Iowa, situated in an area southeast of Iowa City and west of Davenport.  The northern end of Iowa Route 70 is in West Liberty, a town along US Route 6 that's just south of Interstate 80.  The southern end is in Columbus Junction at Iowa Route 92. Iowa Route 70 only exists in western Muscatine County and in western Louisa County. 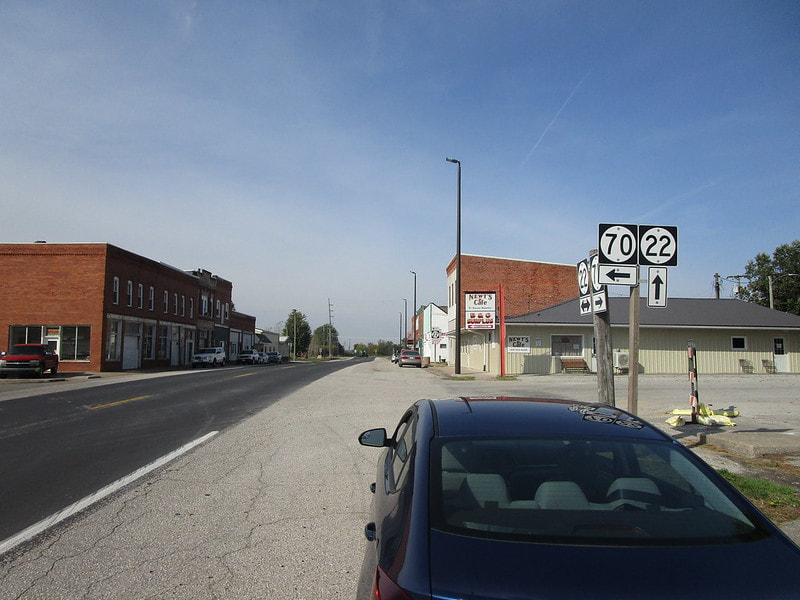 My photo for Iowa Route 70 comes from its interaction with the only route encountered between its two endpoints, Iowa Route 22.  Iowa Route 70 and Iowa Route 22 share a short concurrency by the town of Nichols, whose main drag is visible in the background of this photo.  The sign assembly featured faces east at the west end of the short concurrency, where Iowa Route 70 turns from westerly to southerly.  Iowa Route 22 continues west into the background.  This photo was taken in October 2021 as part of the trip across southern and western Iowa, though at this early stage of the trip, I hadn't made it to southern or western Iowa yet.
Back to the main Iowa page.
Back to the home page.