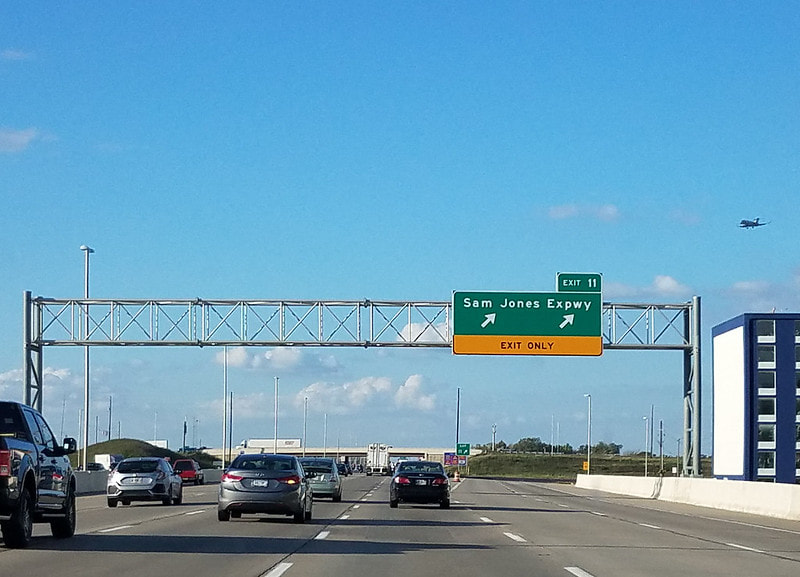 Exit 12 is for Washington Street, which carries the western continuation of US Route 40 (US Route 40 joins Interstate 465 around the south side of Indianapolis): 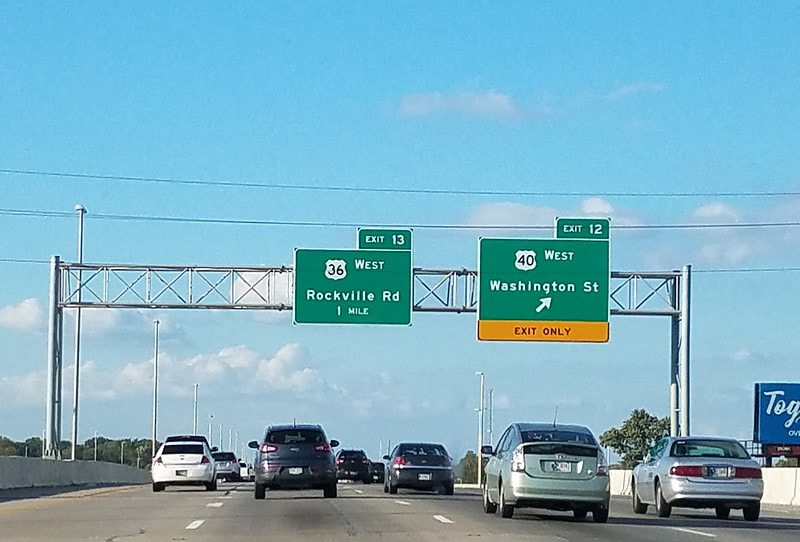 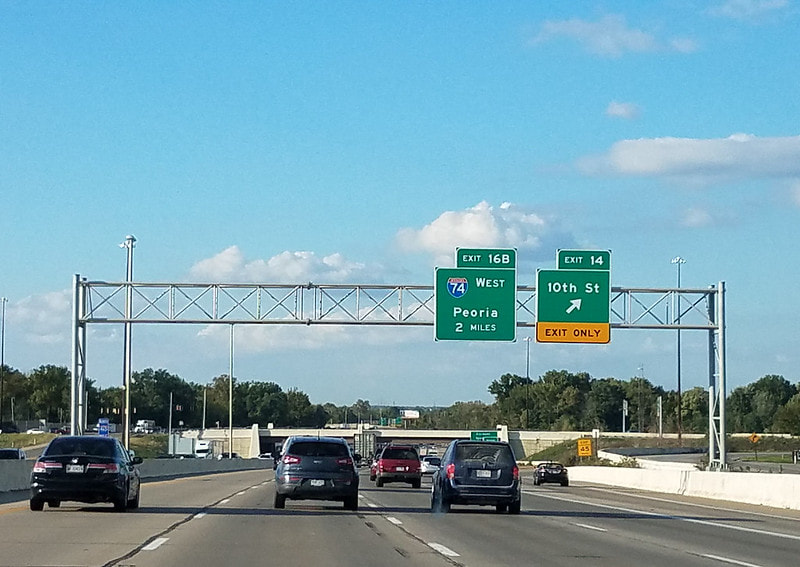 Exit 16A leads to Crawfordsville Road and the eastern terminus of US Route 136: 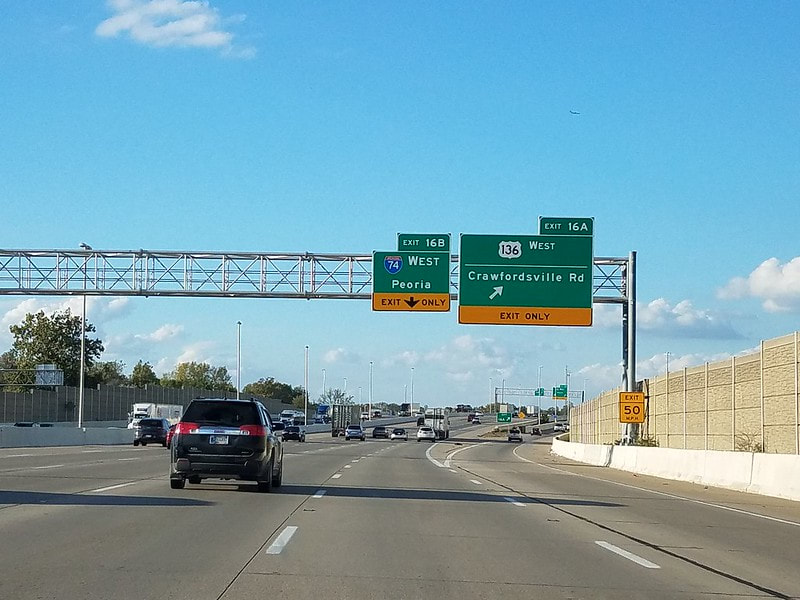 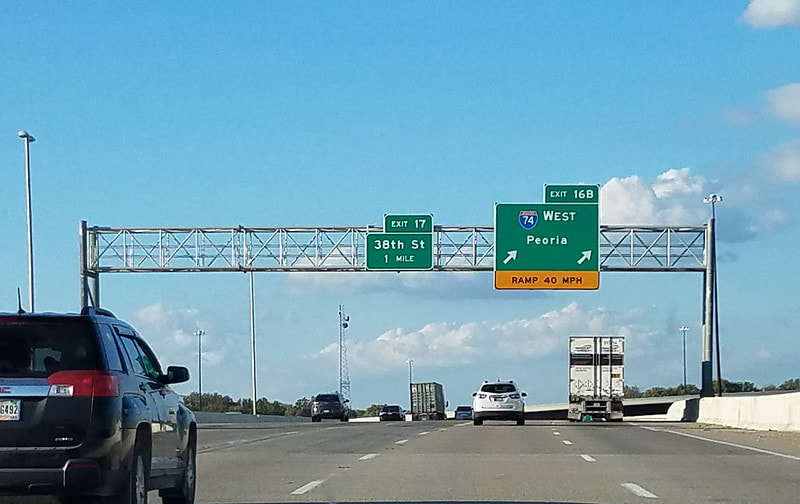 Exit 17 is for 38th Street...
Exit 19 links to 56th Street, but access is only provided to/from the south...
Exit 20 connects to Interstate 65, but northbound can only access northbound and southbound can only access southbound (use Interstate 865 as a connection between the other directions)...
Exit 21 is for 71st Street...
Exit 23 is for 86th Street...
Exit 25 leads to Interstate 865 and US Route 52 west toward Chicago; Interstate 465 turns easterly at this point...
Exit 27 is for Michigan Avenue, which carries the northern leg of US Route 421 out of Indianapolis...
Exit 31 leads to Meridian Avenue and US Route 31's northern continuation out of Indianapolis, which follows a freeway north toward Westfield and Kokomo...
Exit 33 is for Keystone Avenue and the Keystone Parkway, a freeway running north from here through Carmel...
Exit 35 is a single-point interchange linking to Allisonville Road...
Exit 37A is the first ramp at an interchange involving Interstate 69's northern leg, but this first ramp leads south along Binford Boulevard, a surface road...
Exit 37B leads to the northern leg of Interstate 69 toward Fort Wayne, and this carries the northern continuation of Indiana Route 37 as well: 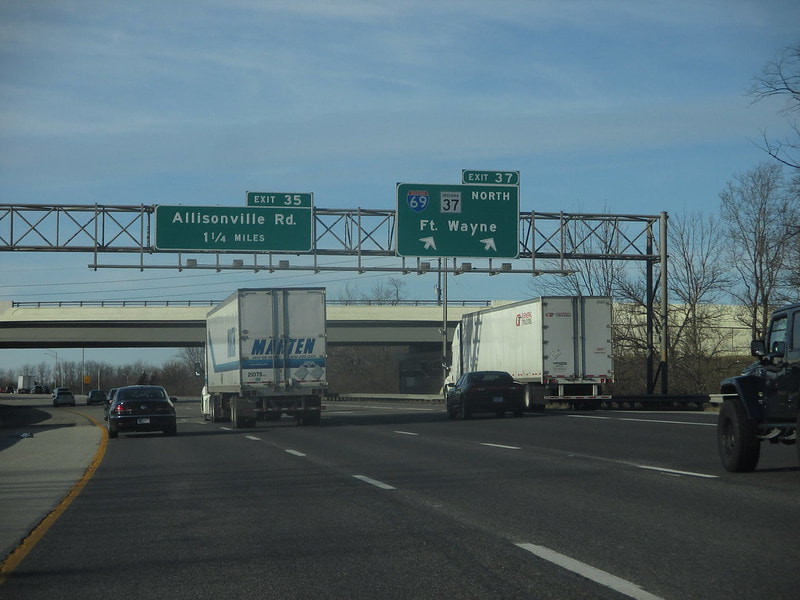 Exit 40 is for 56th Street and Shadeland Avenue...
Exit 42 is for the Pendleton Pike, which carries US Route 36's eastern leg and Indiana Route 67's northern leg: 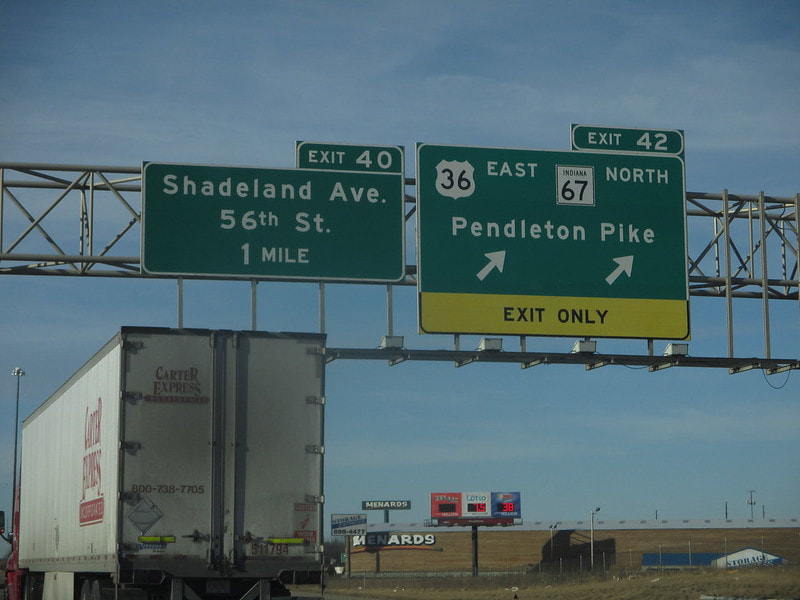 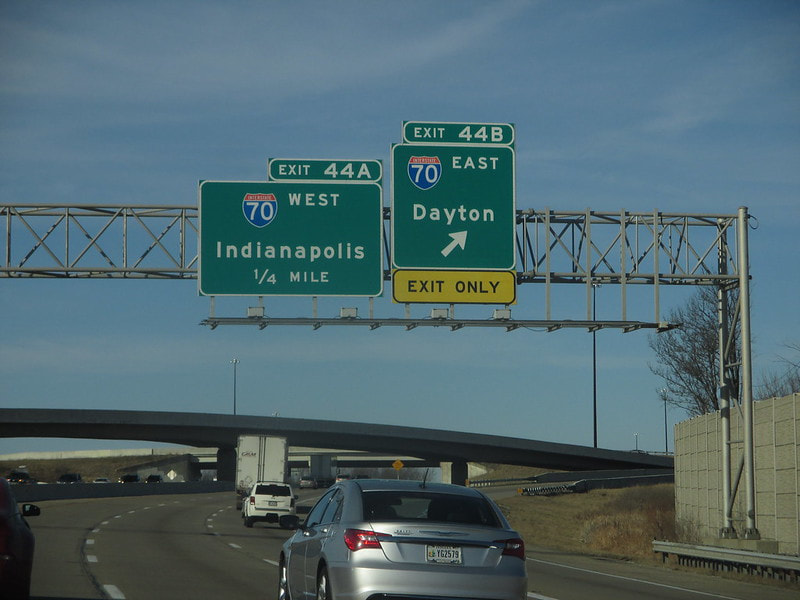 Exit 46 is for Washington Street on the east side of Indianapolis, and US Route 40 exits here to continue east: 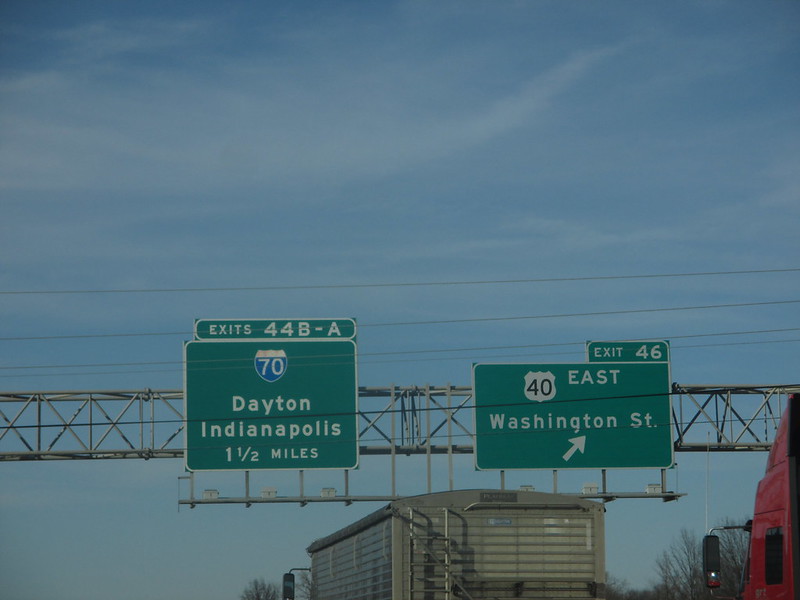 Exit 47 is a fountain interchange to Brookville Road, which carries US Route 52 to points east...
Exit 48 leads to South Shadeland Avenue, but access is only provided to/from the southwest...
Exit 49A leads to Southeastern Avenue, at the interchange that also involves the eastern leg of Interstate 74 away from Indianapolis...
Exit 49B is the second ramp of the interchange, and it is the one providing access to Interstate 74 east toward Cincinnati...
Exit 52 is a single-point interchange for Emerson Avenue...
After 53 miles, Interstate 465 completes the loop around Indianapolis.  Exits 53A and 53B lead to the southern interchange with Interstate 65, as mentioned at the start of this page...
Back to the Indiana main page.
Back to the home page.