Illinois Route 132 runs east-west across Lake County, in the farther northern suburbs of Chicago.  It runs from the Waukegan area west to near Fox Lake.  It's known locally as the exit from the Tri-State Tollway used to access Six Flags Great America and Gurnee Mills Mall.  It is the second most northerly east-west route in the area, after Illinois 173.

Illinois 132's western end is at Illinois 59, north of that route's split from US Route 12 in Fox Lake: 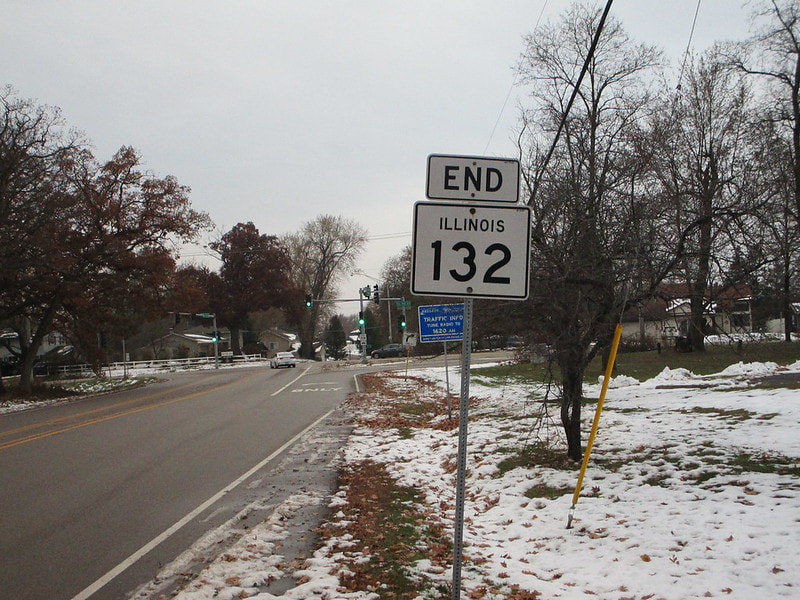 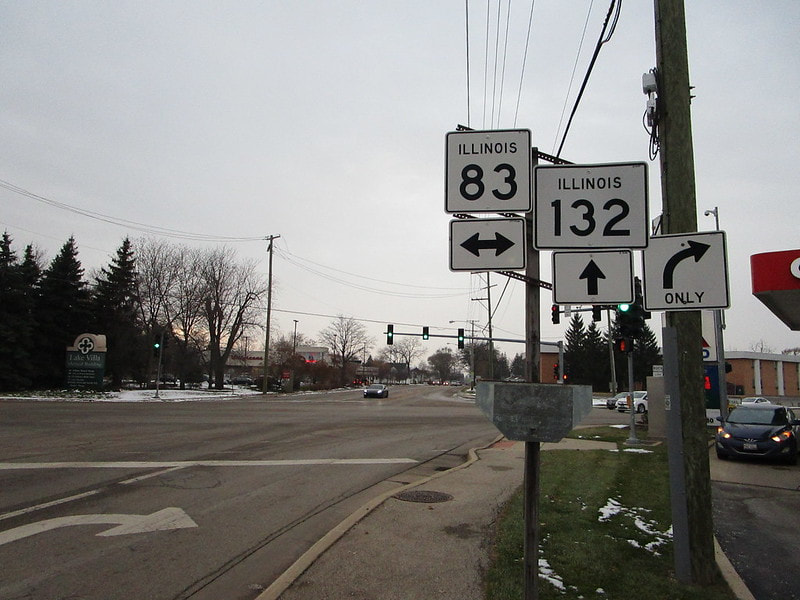 After a southeasterly angle, Illinois 132 straightens out to head due east again at US Route 45: 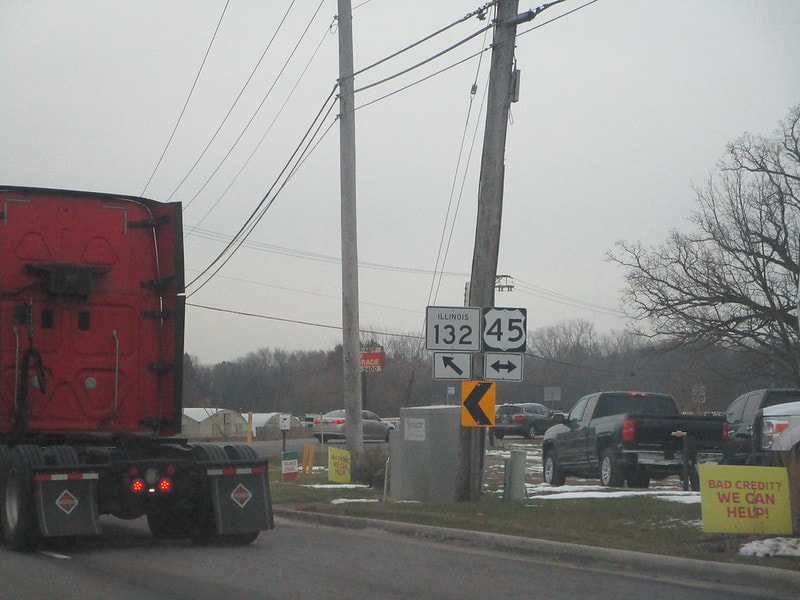 A full cloverleaf interchange provides access to Interstate 94, existing as the Tri-State Tollway, very close to Gurnee Mills Mall and Six Flags Great America, two venues that can generate a lot of traffic: 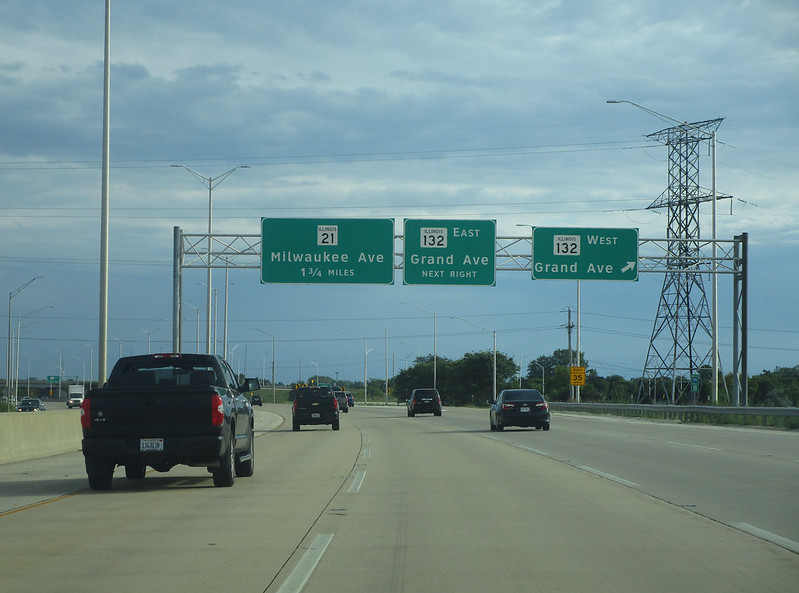 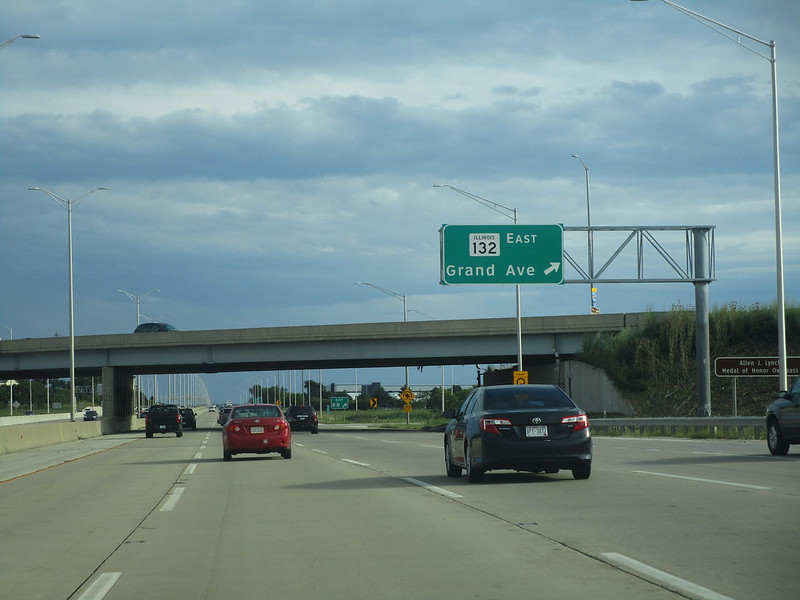 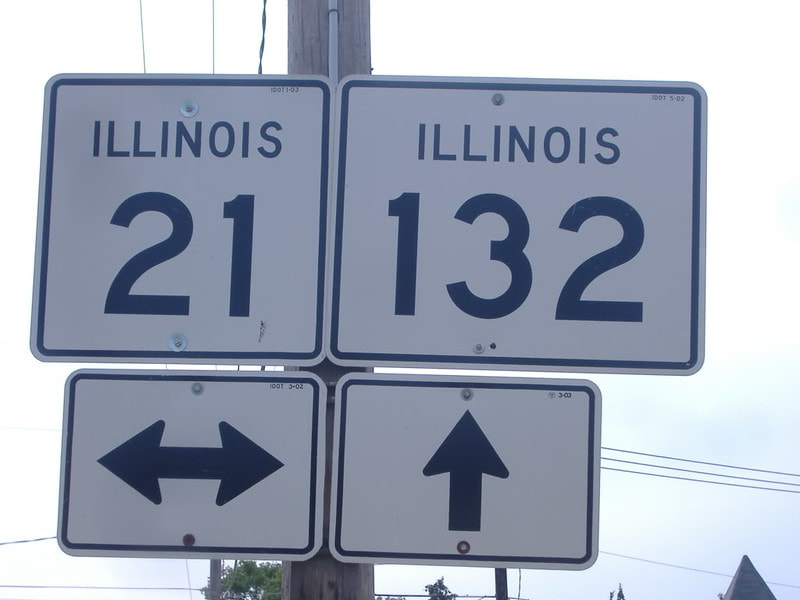 Illinois 132 then meets US Route 41 at a recently reconfigured interchange (the rebuild was in progress as I drove through, explaining my current lack of a photo)...
Finally, on the western side of Waukegan, Illinois 132 ends at Illinois 131. 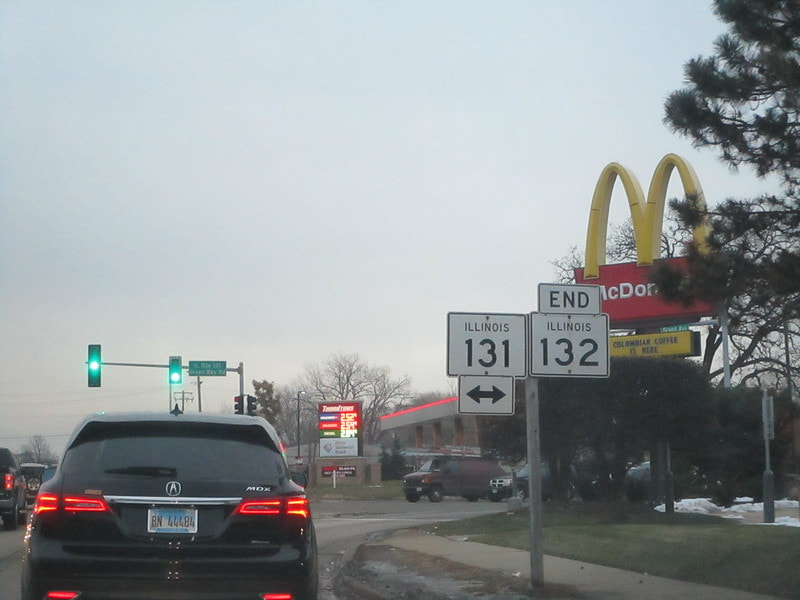