US Route 40 in Illinois

US Route 40 closely parallels the route taken by Interstate 70 across Illinois, connecting directly from St. Louis, Missouri, to Terre Haute, Indiana.  This runs along an east-northeast angle from the St. Louis area through places like Vandalia and Effingham, to cross the state border into Indiana near Terre Haute. One of the first major highway corridors across the United States was the National Road, and US Route 40 very closely follows the original route of that road. 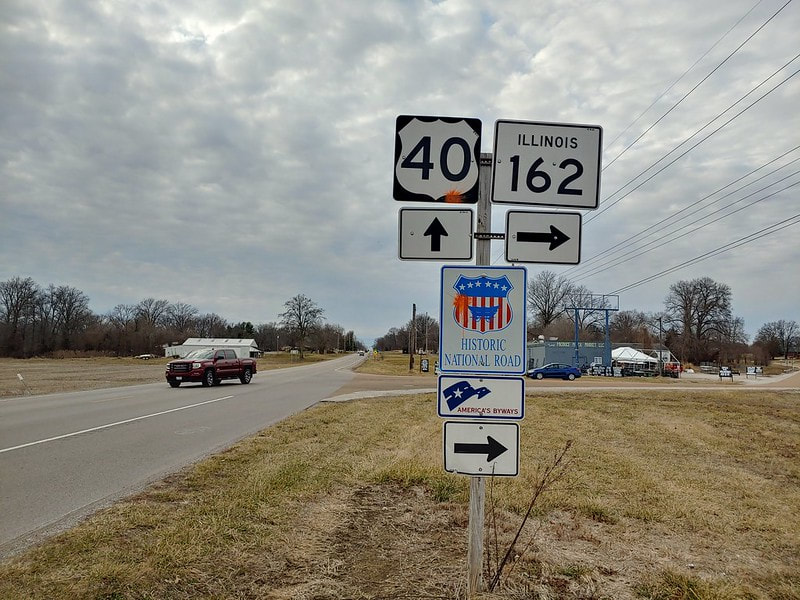 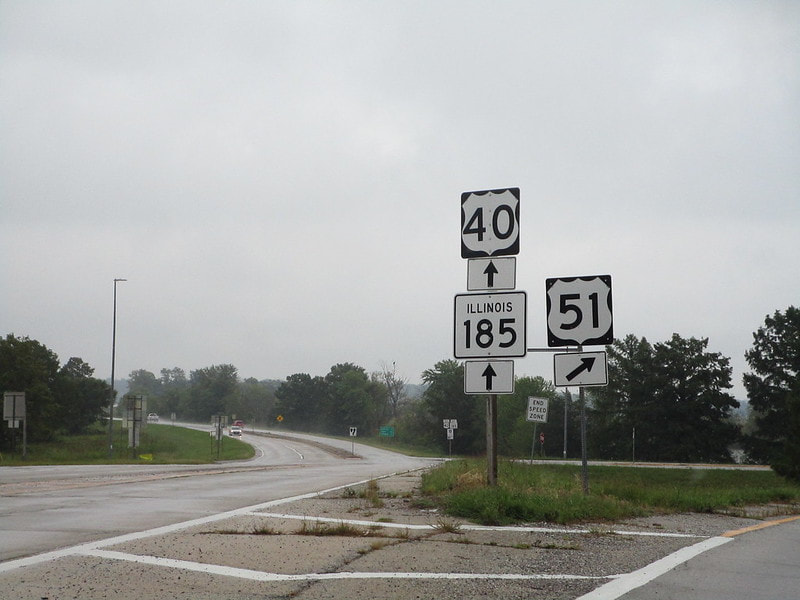 About five miles east of Vandalia, Illinois 185 splits from US Route 40 to go southeasterly again...
Immediately after Illinois 185 reestablishes its independence, US Route 40 crosses another interchange with Interstate 70...
After passing through St. Elmo, ​US Route 40 meets Illinois 128, which joins from the north: 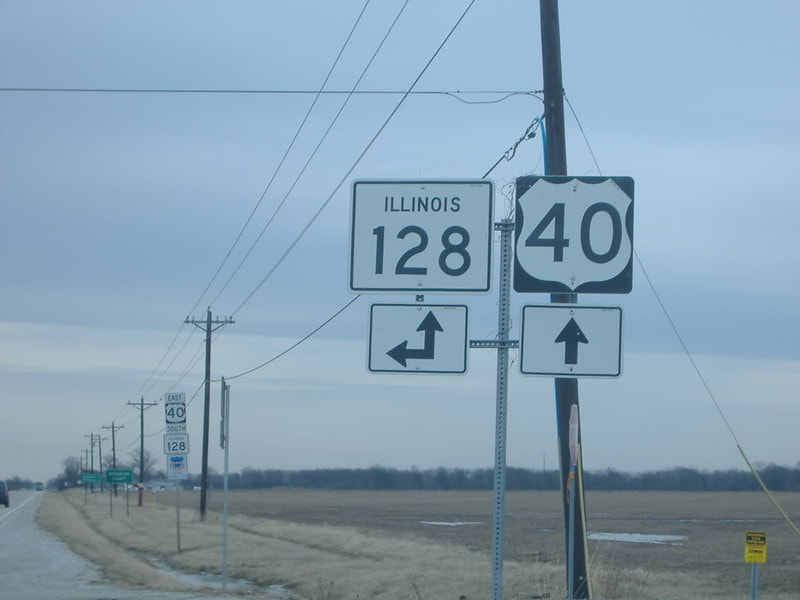 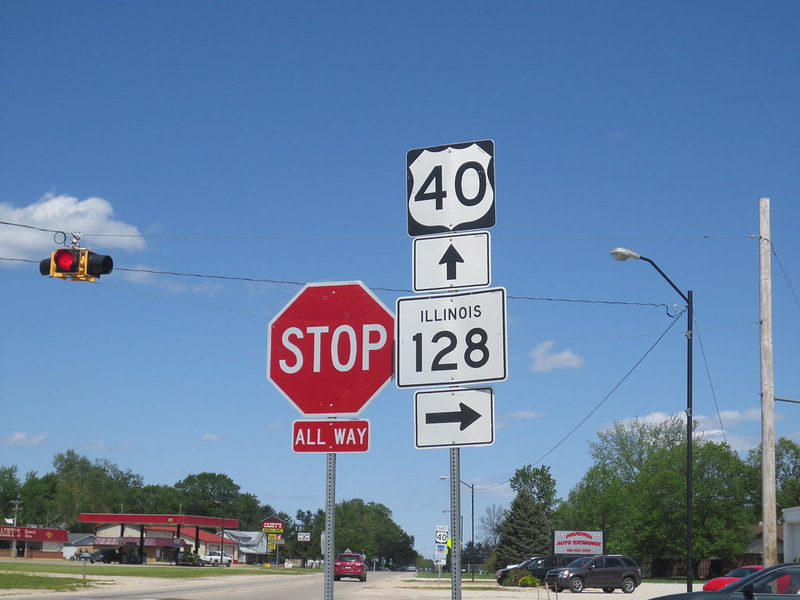 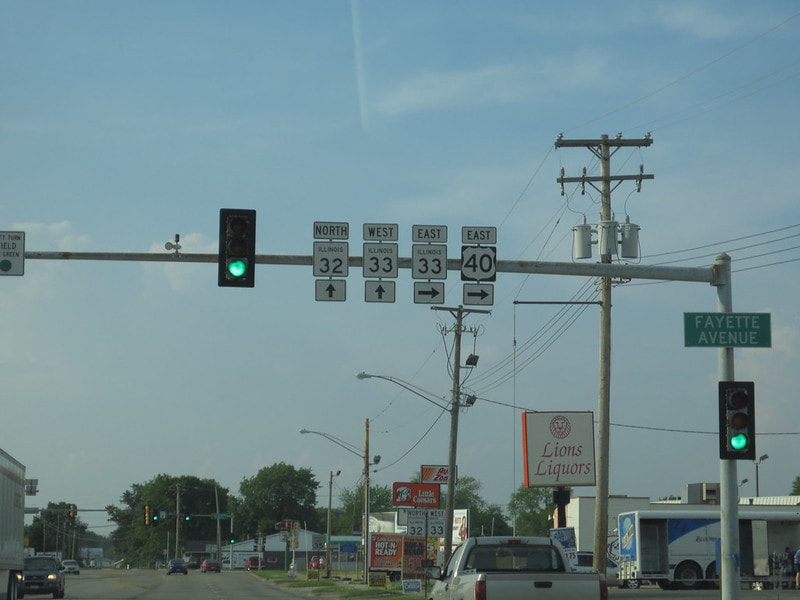 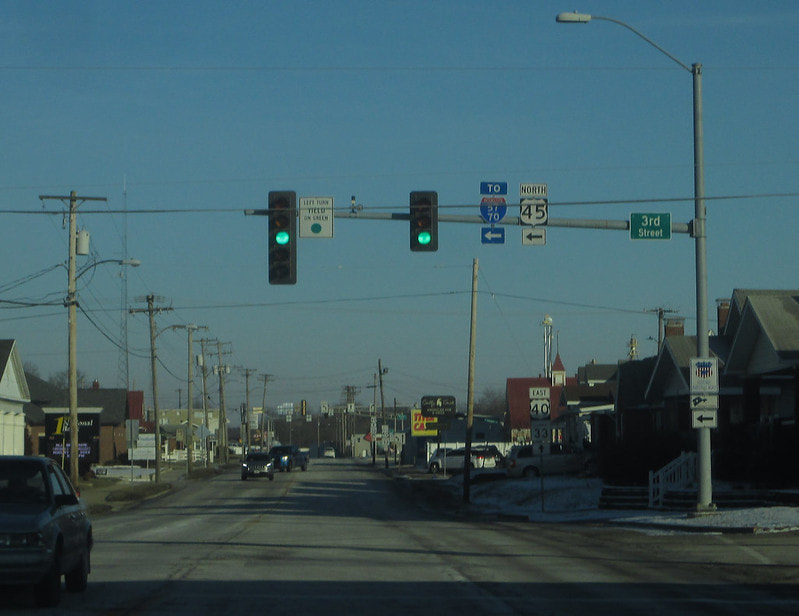 After just another three blocks in Effingham, Illinois 33 splits from US Route 40 to head southeasterly: 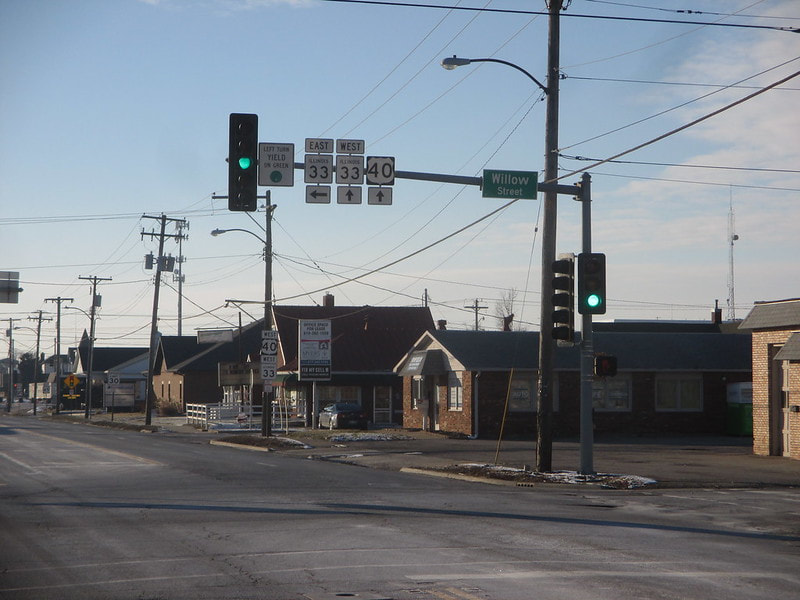 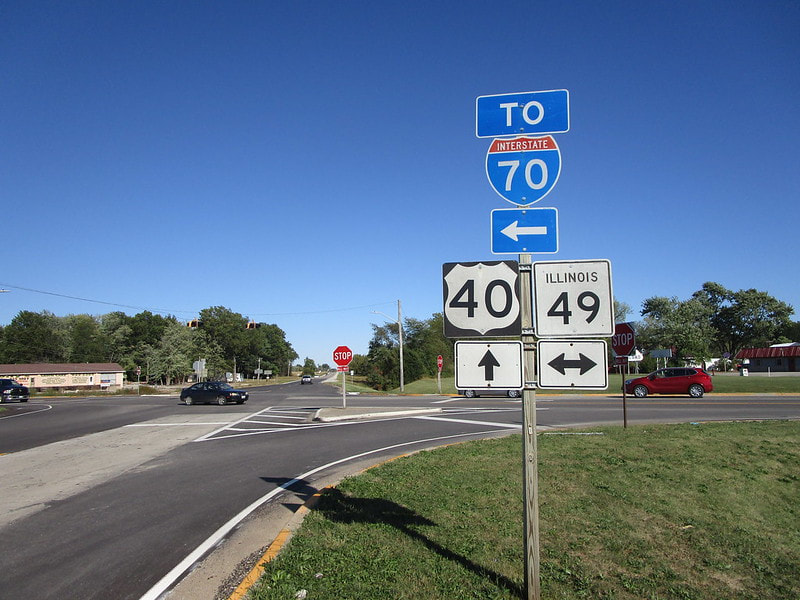