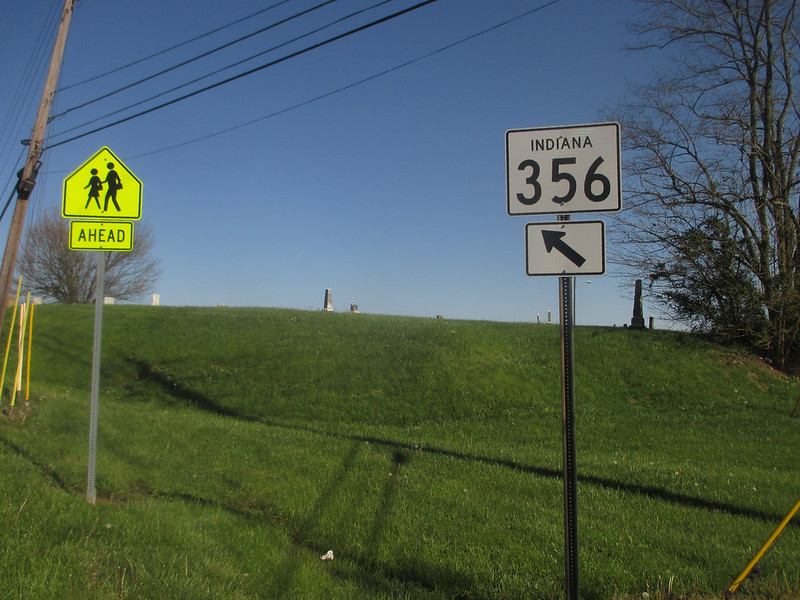 My photo of Indiana Route 356 is three blocks east of the western terminus in Petersburg.  This sign faces northwest, as Route 356 turns from southeasterly to easterly. Sometimes, finding a route marker in Indiana to photograph is difficult because they're all strung up on overhead cables.  I had to hunt for a route marker closer to ground level to get a good photo, and that took me east of Petersburg's main drag.
Back to the Indiana main page.
Back to the home page.