You might think a state highway with a small number like 8 would be a highly important one, but Illinois Route 8 is neither heavily-trafficked nor long enough to span more than three counties.  It isn't a minor route, either, though, serving the sizeable city of Peoria. Illinois 8 basically runs from a couple towns west of Peoria, to a couple towns east of Peoria.  The west end is at Illinois 97 southeast of Galesburg in Knox County, and after passing through Peoria and Peoria County, Illinois 8 ends approaching Washington, Illinois, in Tazewell County.

​Illinois 8 begins at Illinois 97 southeast of Galesburg, and it starts out going east: 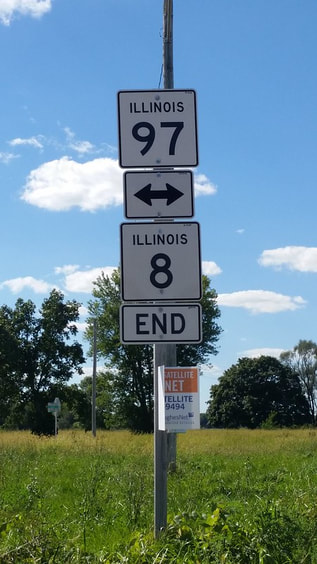 Illinois 78 joins from the south to form a concurrency eastward through Elmwood: 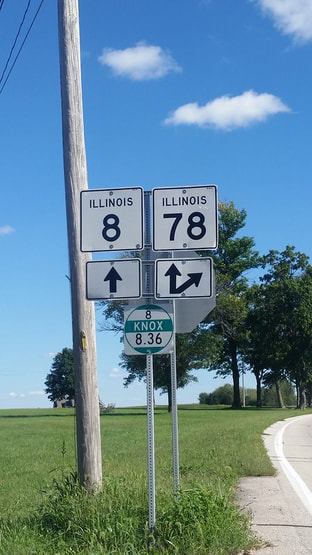 Illinois 78 continues north, but Illinois 8 splits off to head easterly once more:
After passing under Interstate 474 with no interchange, Illinois 8 joins Illinois 116 through Peoria: 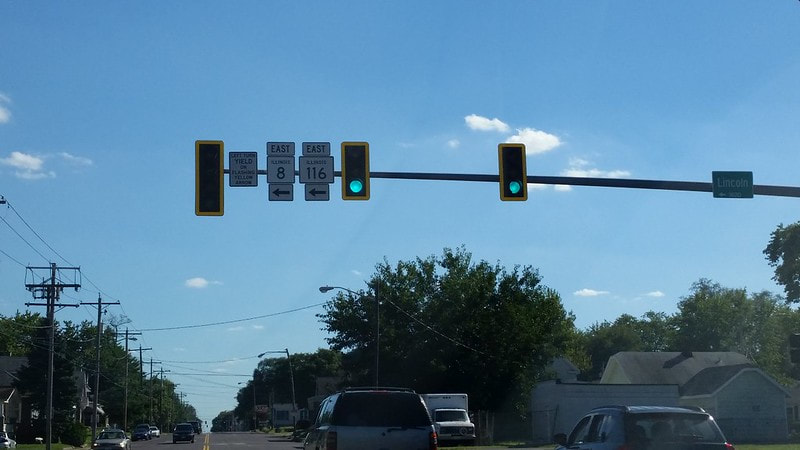 Illinois 8 and Illinois 116 both join US Route 24 east and Illinois 29 north, combining two duplexes and forming a 4-way concurrency in East Peoria: 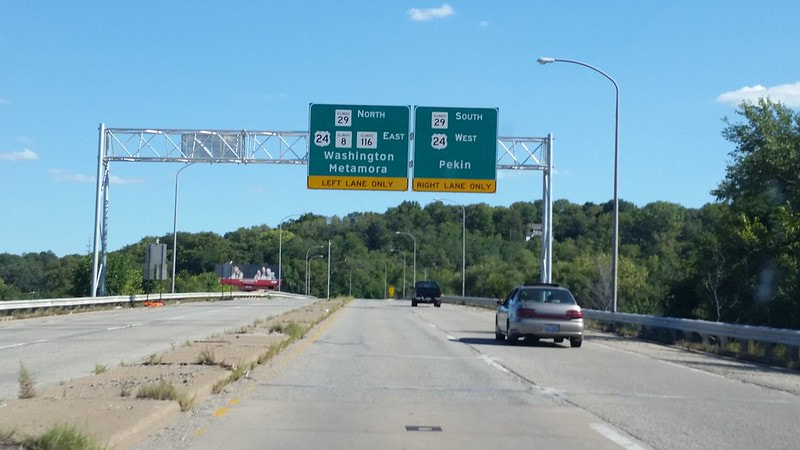 Illinois 8 splits off of the other three routes, but not alone; US Route 150 comes from ahead and joins Illinois 8 eastward, still in East Peoria: 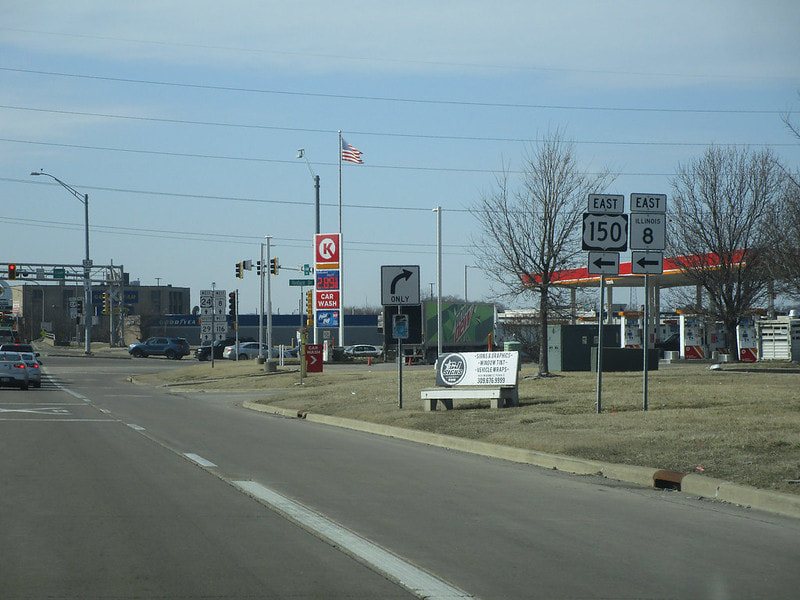 The concurrency with US Route 150 is a short one; Illinois 8 splits off and finally gets to independently head eastward toward Washington: 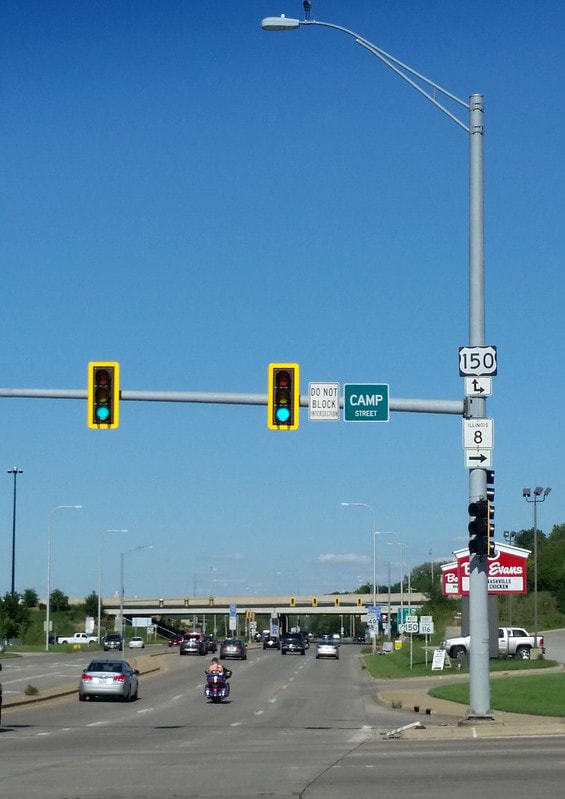 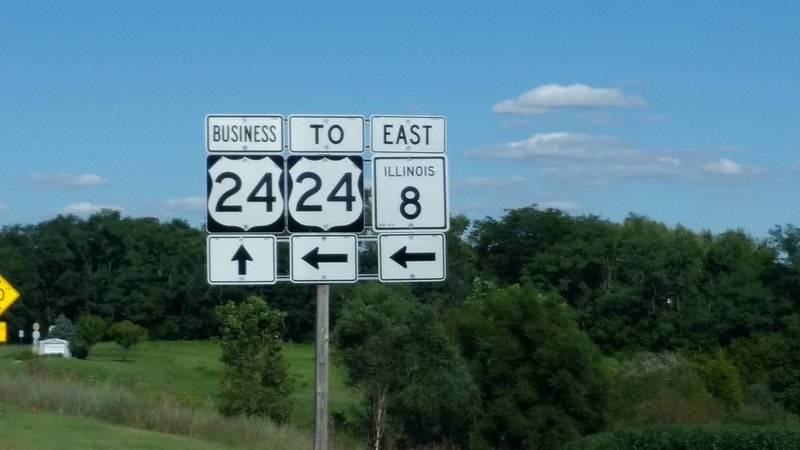 Illinois 8 reaches its eastern end as Business US24 reaches its western end, at US Route 24 just west of Washington, Illinois. 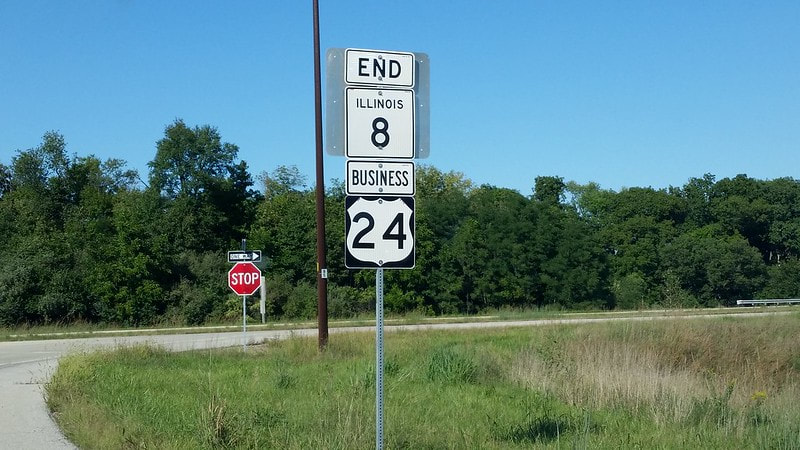