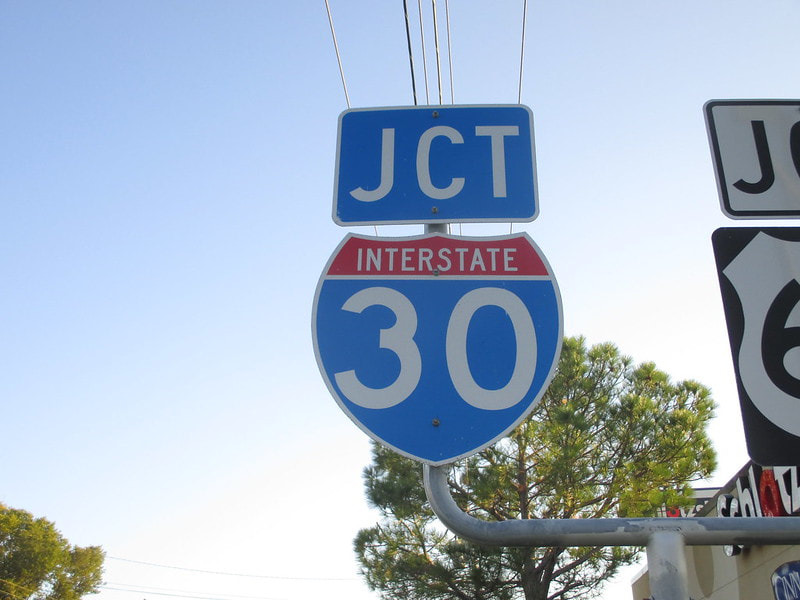 Forgive the lack of proper context, but I can't find an image showing the whole of this pair of junction markers in Greenville, Texas.  This pair of junction markers for Interstate 30 and US Route 67 faces north on Texas State Highway 34, in Greenville, a town in Texas about forty miles northeast of Dallas.  US Route 67 follows alongside Interstate 30 east of Dallas (so for the freeway's overwhelming majority). I took this photo early in my routesnapping career; you can tell by the amateurish lack of backing up to include the entire sign assembly in the frame.  This image comes to you from the later part of the first Gulf Coast trip in October 2014.
Back to the nationwide main page.
Back to the home page.