Illinois 91 starts south of Kewanee, at the combination of US Route 34 and Illinois 78, and heads east: 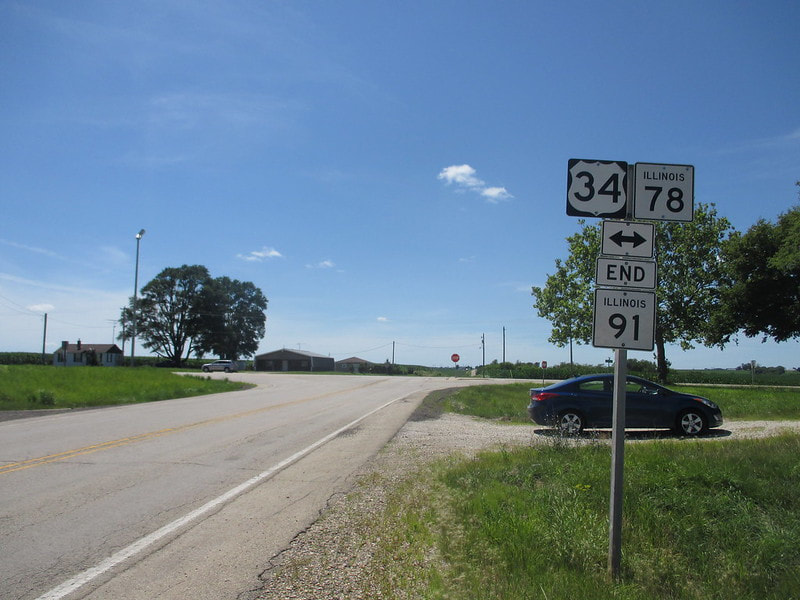 At the next junction, continuing east lands you on the beginning of Illinois 93, but Illinois 91 turns to the south: 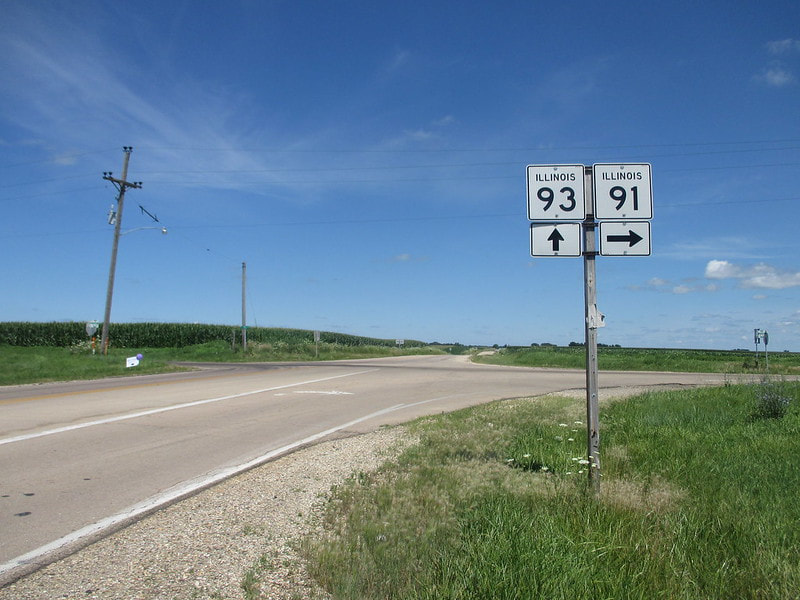 At Toulon, Illinois 91 joins Illinois 17 east to the next town: 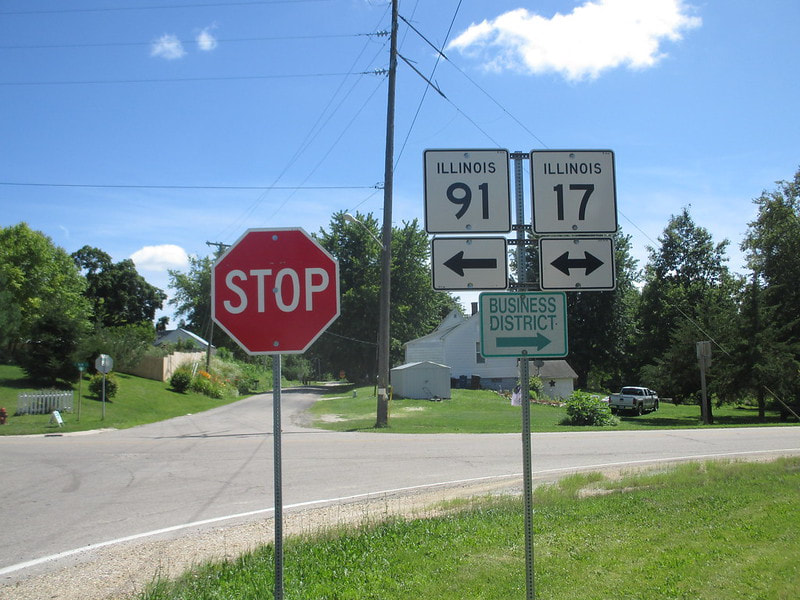 The next town is Wyoming, where Illinois 91 deviates from Illinois 17 to head southerly again: 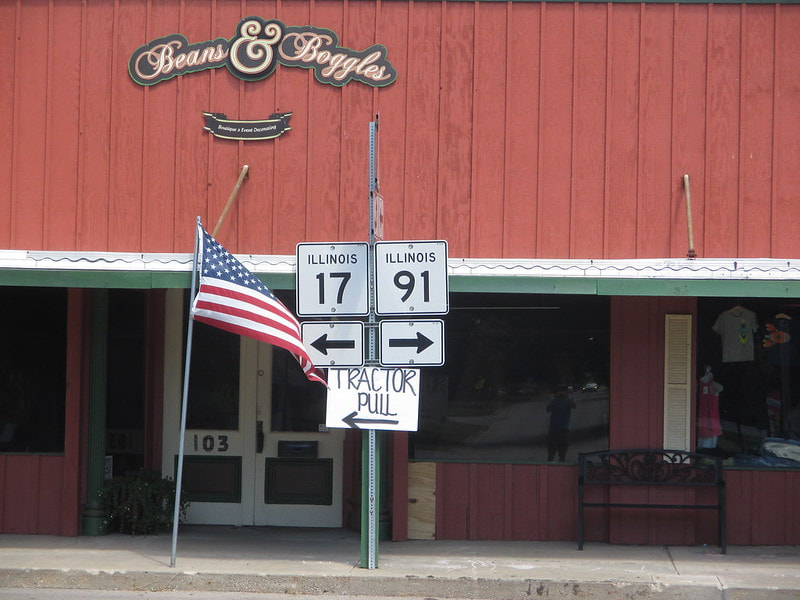 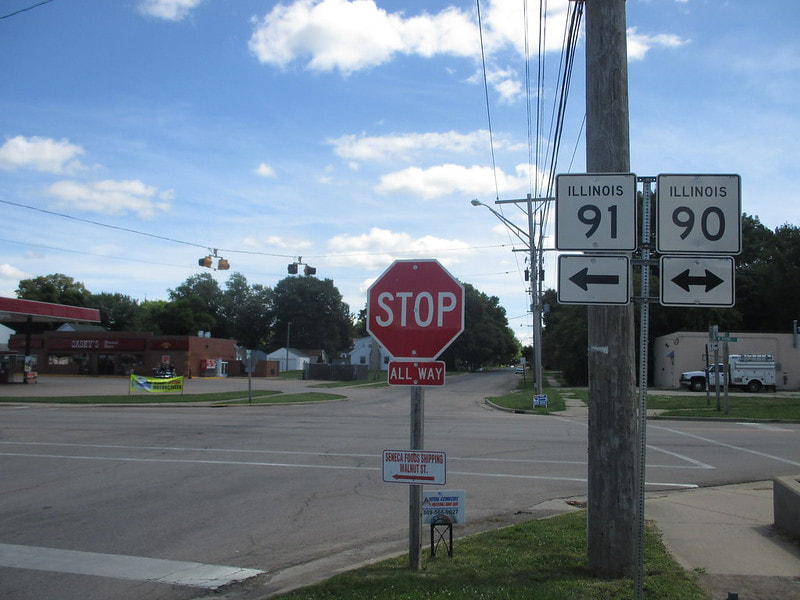 After a four-mile concurrency, Illinois 91 splits from the easterly-oriented Illinois 90 to head south yet again: 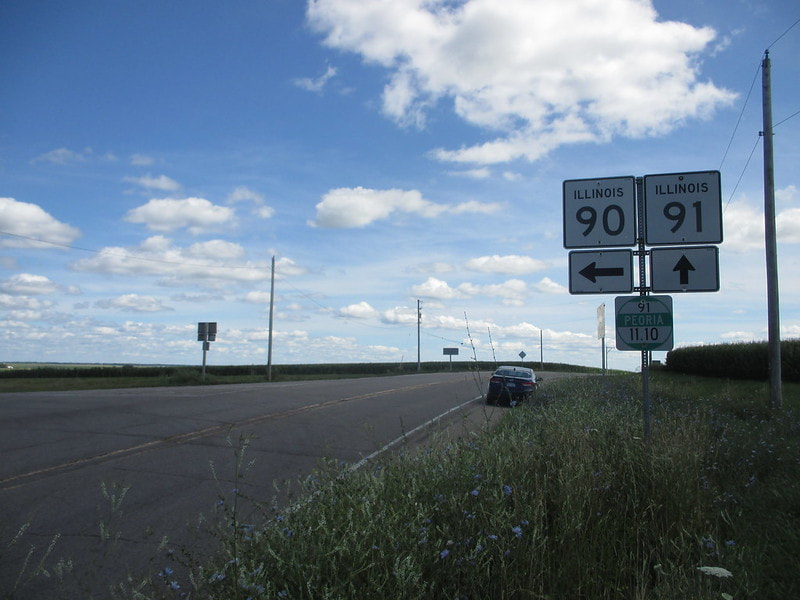 After passing through Dunlap and completing another small easterly jog, Illinois 91 faces south at its southerly endpoint, at US Route 150 in a shopping district on the west side of Peoria.  This is just west of US Route 150's interchange with Illinois 6, and the junction is very poorly signed, explaining the lack of photograph...
Back to the Illinois main page.
Back to the home page.