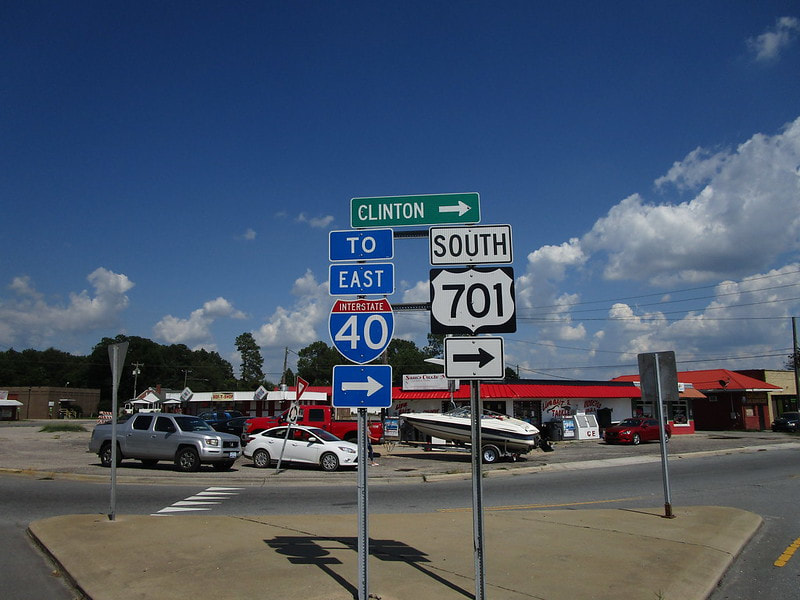 My photo of US Route 701 comes from the central traffic circle of Newton Grove, North Carolina.  The traffic circle is a six-way junction, where US Route 701 meets US Route 13 and the concurrency between North Carolina Routes 50 and 55.  The sign assembly depicted faces west along the circle, showing the counterclockwise traffic where to exit the circle, if they seek to go south on US Route 701.  This whole situation is just north of Interstate 40 in eastern North Carolina.  The photo comes from the trip to the Wilmington area beaches, which took place in July 2019.
Back to the nationwide main page.
Back to the home page.