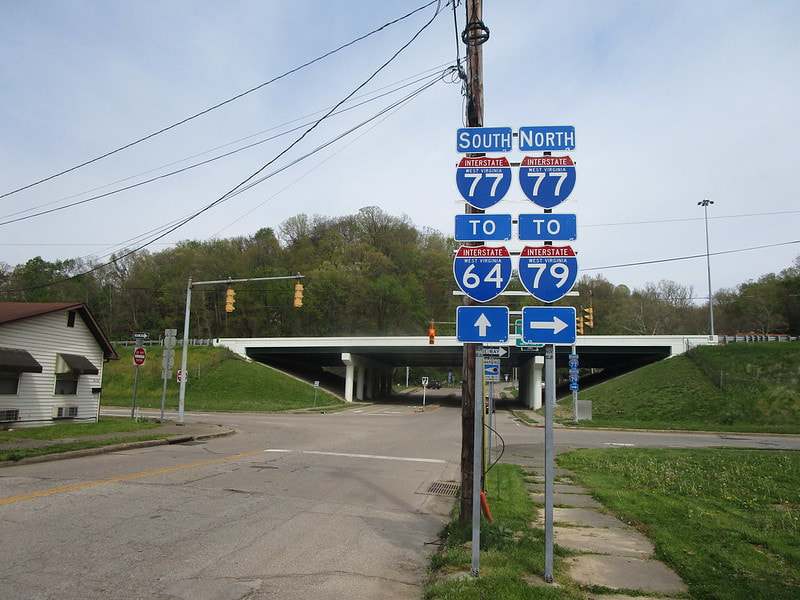 My photo of an Interstate 64 marker comes from Interstate 77's southernmost interchange with a surface road before joining Interstate 64 south in Charleston, West Virginia.  The sign assembly faces southeast down a street connecting to US Route 119, which sits just behind the aperture.  Interstate 77 crosses the background of the photo; a few miles to the north is the southern terminus of Interstate 79. The appeal of taking route marker photos at this location is clear: I can get three photos for three Interstates at the same time! This photo was taken along the Virginia trip in April 2021.
Back to the nationwide main page.
Back to the home page.