Interstate 35, while in Iowa, is the main north-south freeway running down Iowa's central backbone.  It's instrumental for reaching Des Moines, the capital in the middle of the state of Iowa.  It has a very slight angle toward the northeast (or southwest) while in Iowa, because, on a broader scale, it connects Kansas City to the Twin Cities of Minnesota.

​For now, I'll just include a couple of photos of Interstate 35.  But I will soon get some more photos from the Interstates in Iowa so I can provide full exit lists for everyone.  Those exit lists will have a photo for every exit.  In the meantime, enjoy a short reel of photos.

First of all, though, here is the photo showing where I got my shield image for Interstate 35. This photo comes from the interchange where Interstates 35 and 80, running concurrently, have ramps to the northern extent of Iowa Route 28.  The photo was taken in February 2016, showing the south-facing signage that helps northbound traffic find where to turn onto the eastbound side of the freeway. 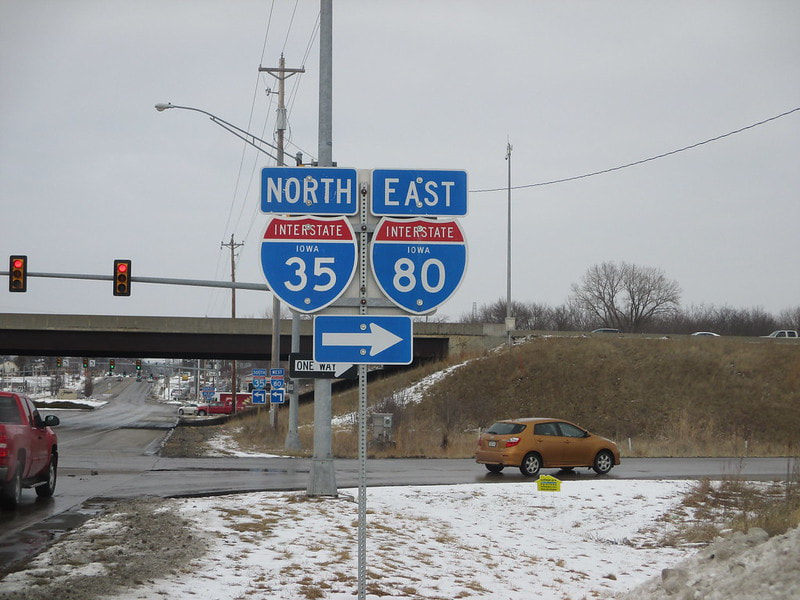