PAUL ACROSS AMERICA
US Route 202 zigzags west and south from Bangor, Maine, to a point just outside of Wilmington, Delaware. The northeastern end of US Route 202 is in downtown Bangor, at US Route 2.  US Route 202 heads southeast from there through Augusta to cross into New Hampshire a bit farther inland than US Route 1 and Interstate 95. Beyond Maine, US Route 202 generally serves as a more inland route through the Northeast, compared to Interstate 95 or US Route 1.  In New Hampshire, US Route 202 heads west through Concord, turning southerly at Hillsboro into Massachusetts.  It bends west, south, west, and south again, in Massachusetts.  That last southerly piece takes US Route 202 into Connecticut, where it passes through Canton, Torrington, and Danbury.  US Route 202 joins US Route 6 west from Danbury into New York. Near Peekskill, New York, it wiggles around to the Bear Mountain Bridge, eventually dislodging itself from the Hudson River Valley to head southwest.  US Route 202 is near Interstate 287's western extent as it distances itself from the New York City metroplex. US Route 202 continues southwest through northern New Jersey and southeastern Pennsylvania, passing through King of Prussia.  Near West Chester, Pennsylvania, US Route 202 turns southerly into Delaware.  As it approaches Wilmington, US Route 202  joins Interstate 95 west around the north and west sides of town.  Interstate 95 then spits US Route 202 out onto its final short stretch, which ends at US Route 13 in New Castle, Delaware. 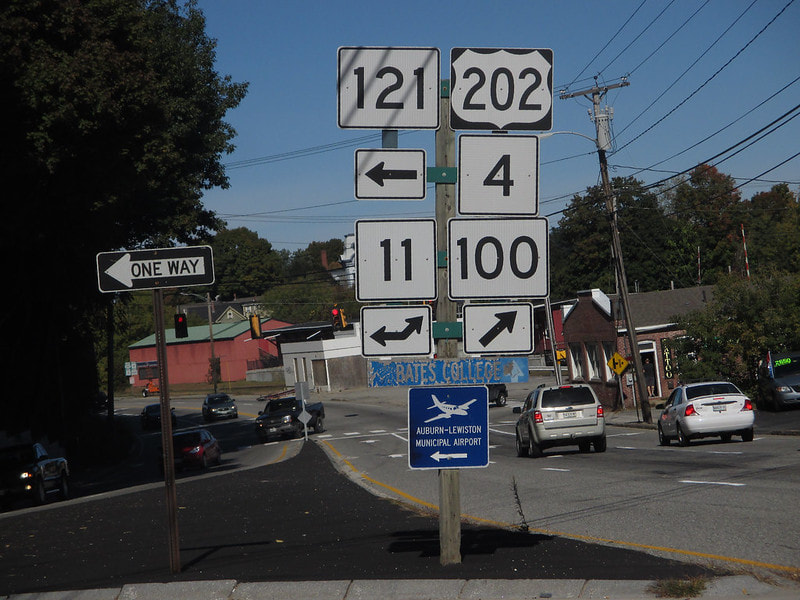