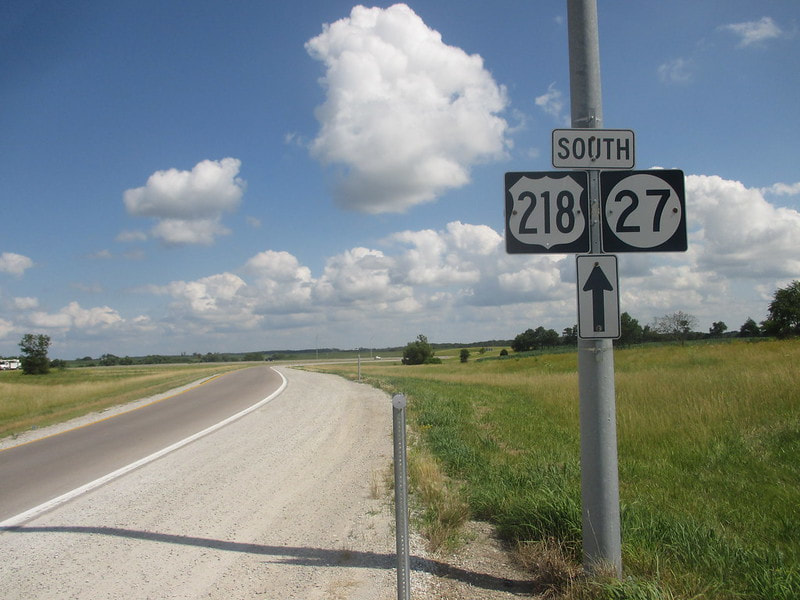 My photo for Iowa Route 27 comes from a southbound onramp to the highway from Iowa Route 92, at an interchange east of Washington, Iowa.  Since this is the part of Iowa Route 27 that's south of Iowa City and Interstate 80, Iowa Route 27 is concurrent with US Route 218 in this area.  This photo was taken during my first tour around Iowa, on June 30, 2017. I'm not entirely sure why this signage is posted at the start of the onramp, as it isn't a common Iowa practice to do so.  States on the west coast will indicate onramps like this, but they'll use a diagonal downward arrow pointing at the onramp pavement.
Back to the Iowa main page.
Back to the home page.