Illinois Route 169 is very short, but it's the southernmost east-west route in Illinois. The Ohio River's meandering creates two main lobes along Illinois's southern border.  From the bottom of the backbone of Illinois (Illinois's pelvis?), Illinois 37 heads southwesterly toward the western lobe, home to Cairo and Mound City, and US Route 45 heads southeasterly toward the eastern lobe, home to Metropolis.  Illinois 169 is an approximately nine-mile connection between those two routes, providing a shortcut for those going from, say, Mound City to Metropolis.  Travelers will use this shortcut when moving from one southern lobe to the other.

The western end of Illinois 169 is at Illinois 37 in northeastern Pulaski County: 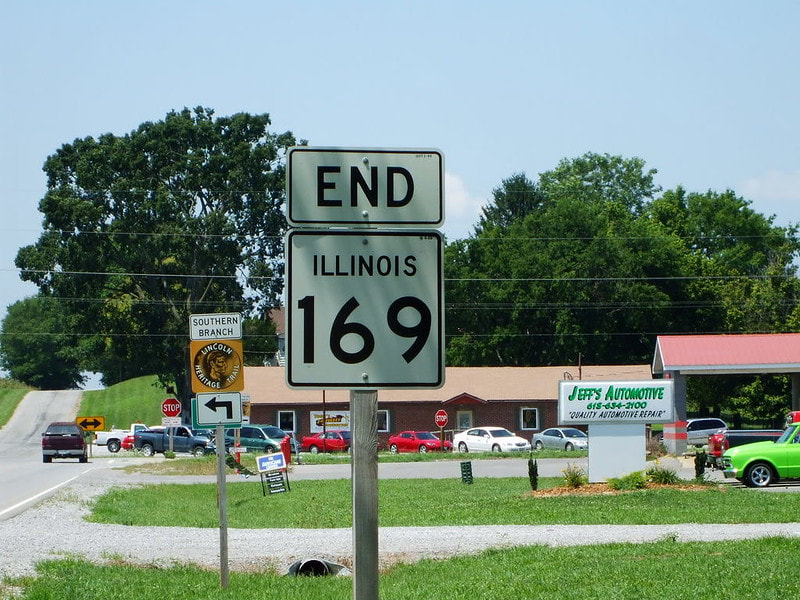 After passing through Karnak and Boaz, Illinois 169 ends at US Route 45 northwest of Metropolis. 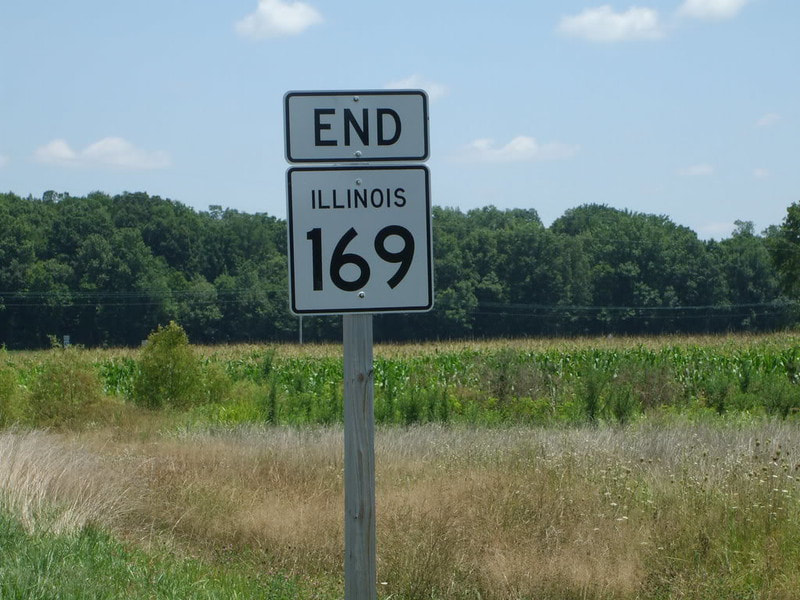