Illinois Route 7, while it has a small and seemingly primary number, is a relatively minor route in Chicago's southwest suburbs.  It runs along Southwest Highway radially outward from Chicago's city center, but Illinois Route 7's designation doesn't begin until a point on Southwest Highway outside of the city limits, in the town of Worth.  Then, it turns along Wolf Road, 159th Street, Illinois 53, Theodore Street, and Larkin Avenue, ending in a peripheral industrial portion of Joliet.  The southern end is where Larkin Avenue meets US Route 6.

Illinois 7's northeastern end is at Illinois 43 in Worth: 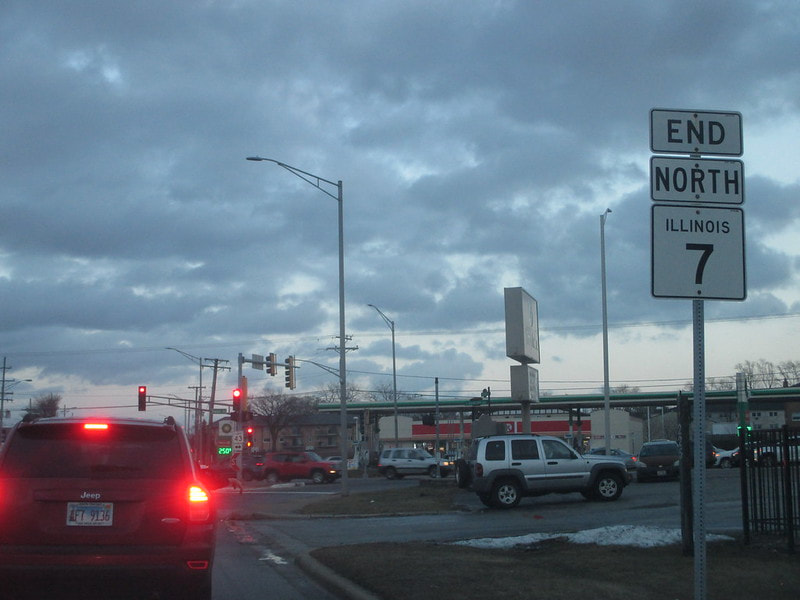 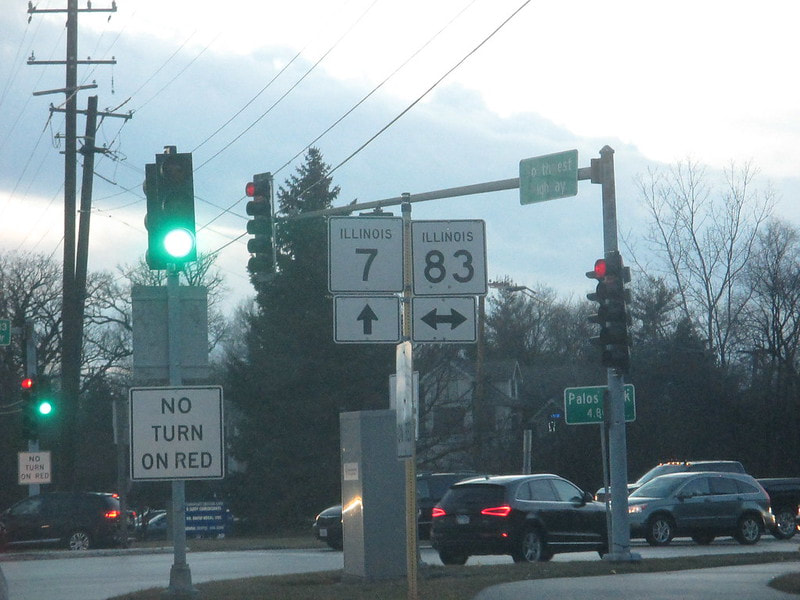 In Orland Park, Illinois 7 passes over US Route 45 with no direct connection (people can use 135th St. as a connector)...
Illinois 7 heads west out of Orland Park, but then turns southerly onto Wolf Road (this view is looking east): 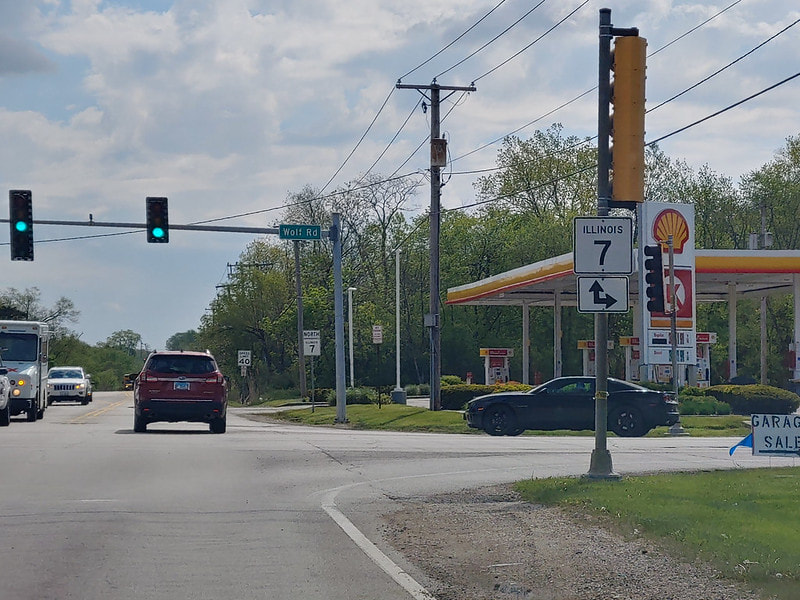 Illinois 7 bounces off of US Route 6 at Wolf Road and 143rd Street; Illinois 7 turns from south to west, while US Route 6 comes from the east and turns south: 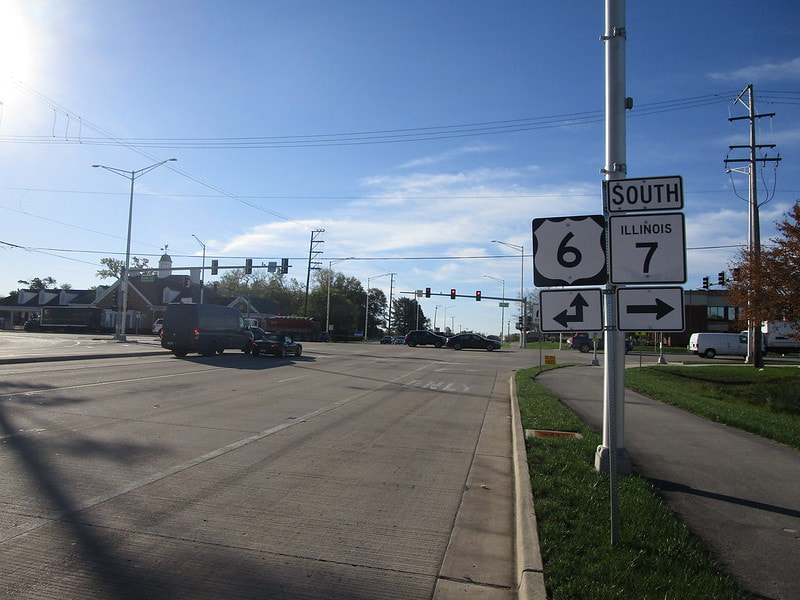 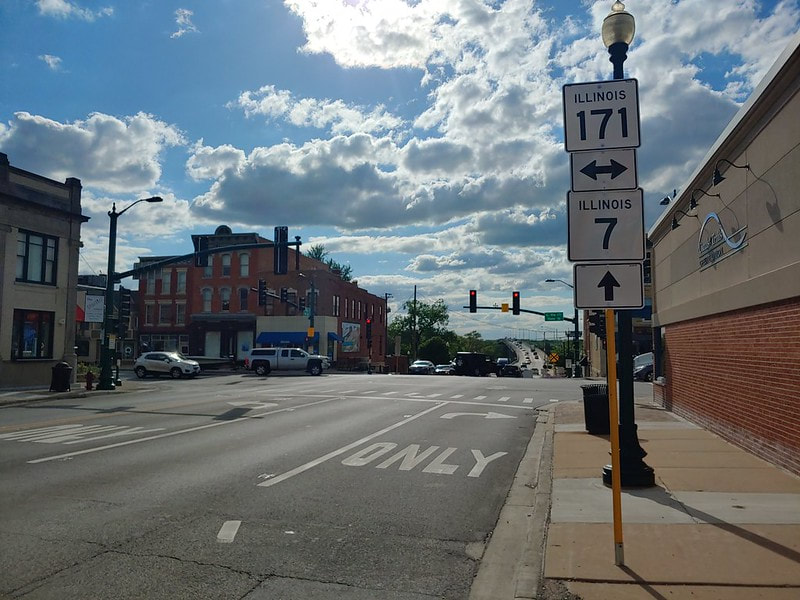 Fresh off of the Des Plaines River bridge, Illinois 7 makes a turn onto Illinois 53 south: 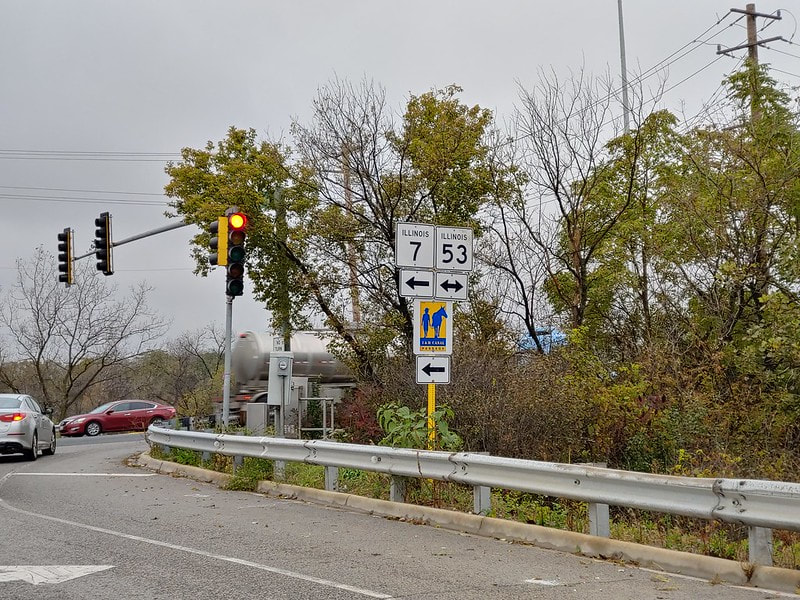 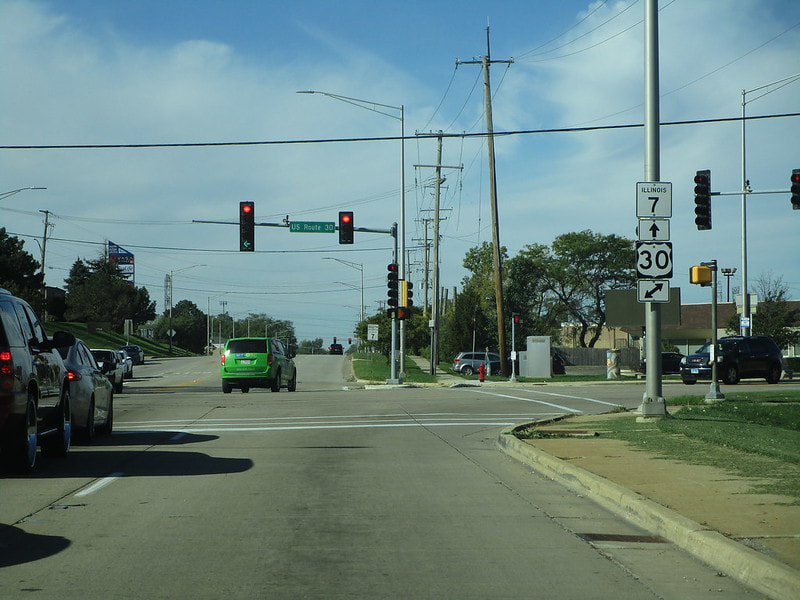 Illinois 7 heads south on Joliet's Larkin Avenue through a junction with US Route 52: 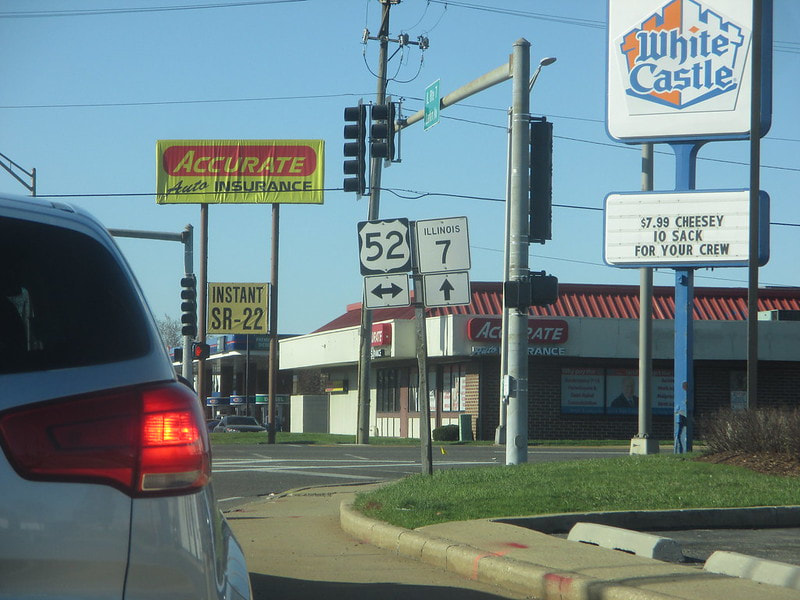 Illinois 7 continues south through a cloverleaf interchange with Interstate 80:
Alongside the enclave of Rockdale, where it meets Joliet, Illinois 7 ends facing south, at a junction with US Route 6. 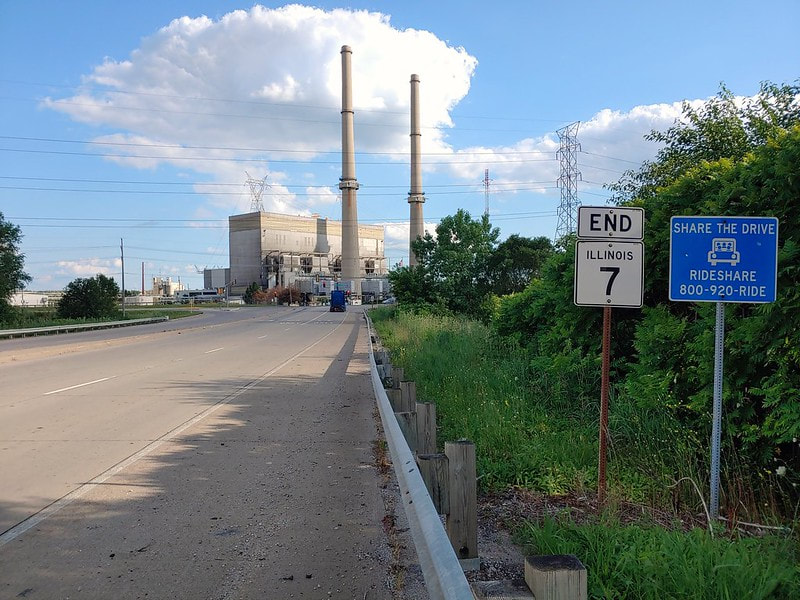