Illinois Route 71 has two sections with two separate sets of characteristics.  West of Ottawa, Illinois 71 runs east-west on the south side of the Illinois River, connecting to the Ottawa area, including Starved Rock State Park, and many other towns in Putnam and LaSalle Counties.  East of Ottawa, Illinois Route 71 turns northeasterly and heads toward Oswego, connecting to outer western suburbs of Chicago.

Illinois 71's eastern end is at US Route 34 on the eastern side of Oswego, where the route begins running southwesterly: 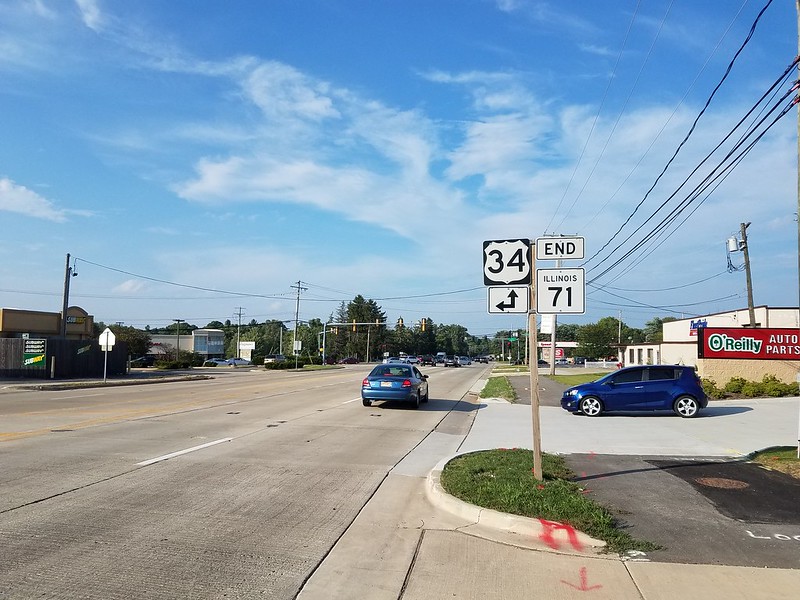 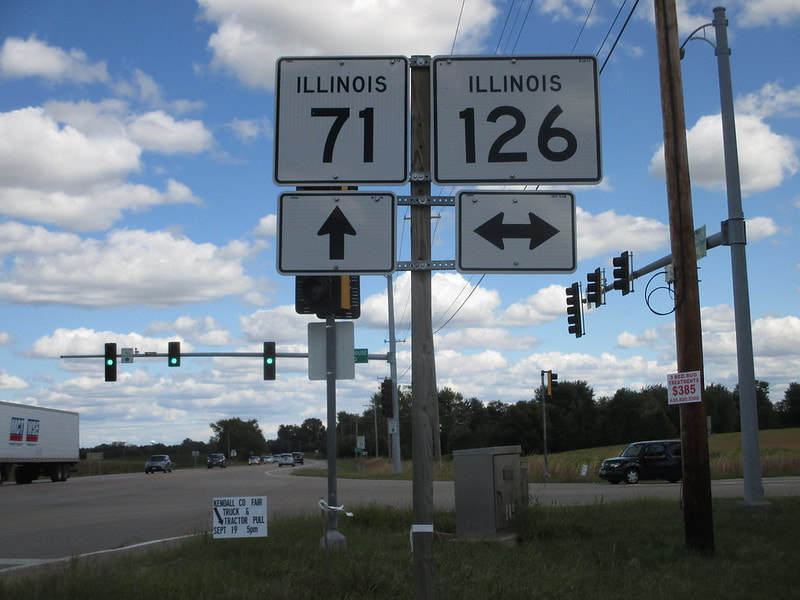 Very soon after that, ​Illinois 71 crosses Illinois 47 at Yorkville: 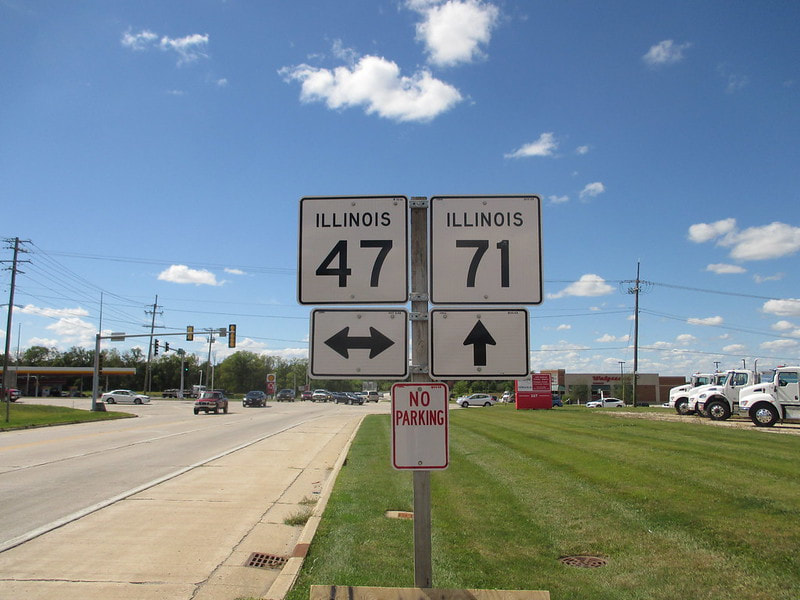 After passing through Newark, Illinois 71 crosses US Route 52, to run through areas south of that route: 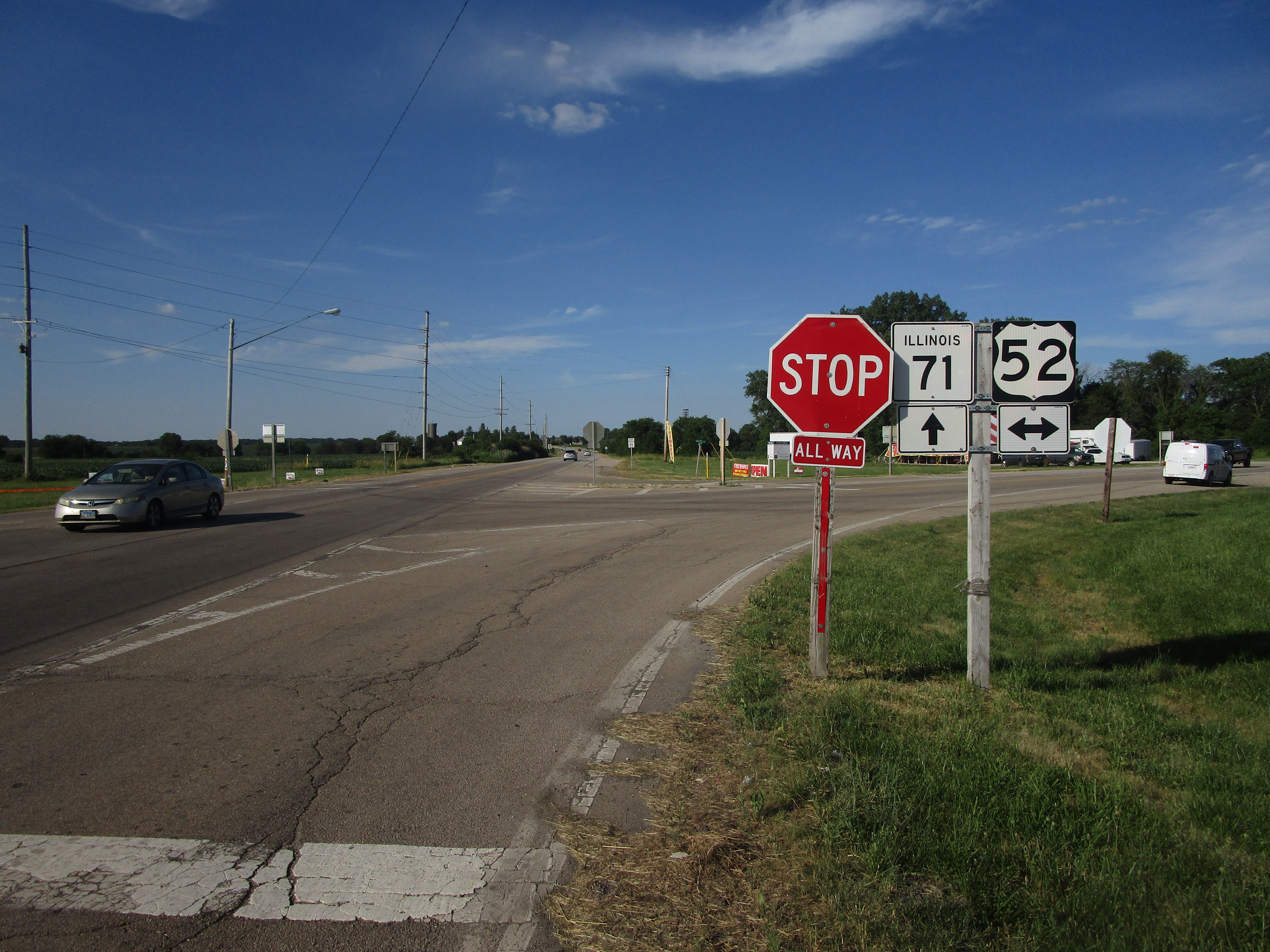 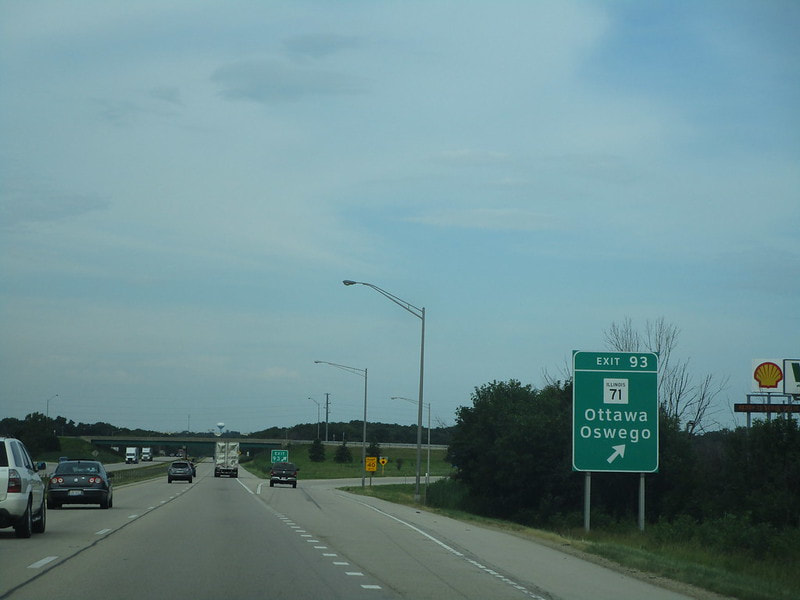 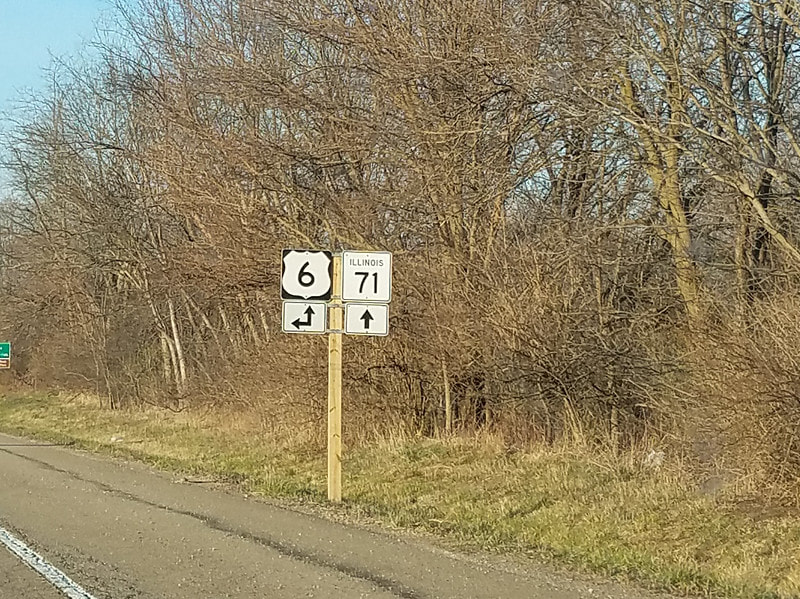 In Ottawa, Illinois 71 turns south off of US Route 6 and onto Illinois 23 south, where those two routes intersect: 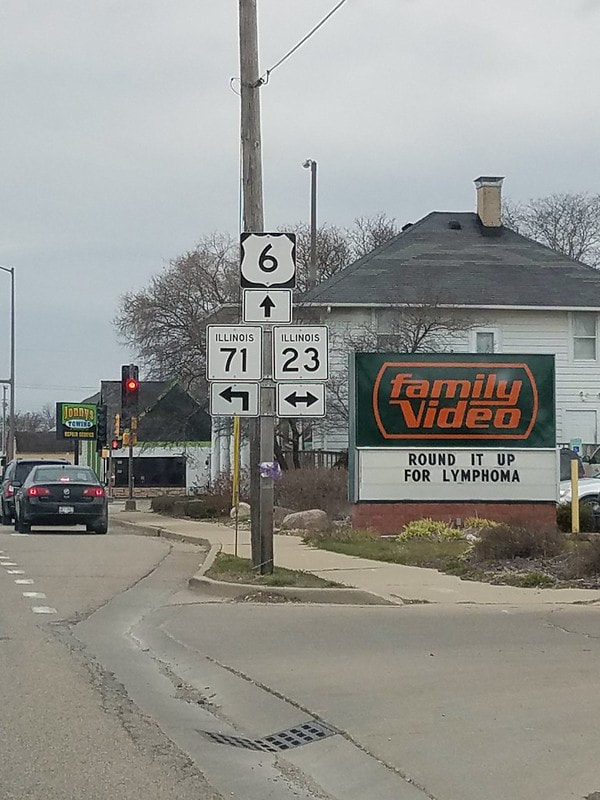 Just after crossing the Ottawa bridge over the Illinois River, Illinois 71 splits from Illinois 23 to head westerly again through Starved Rock State Park and a series of scenic switchbacks: 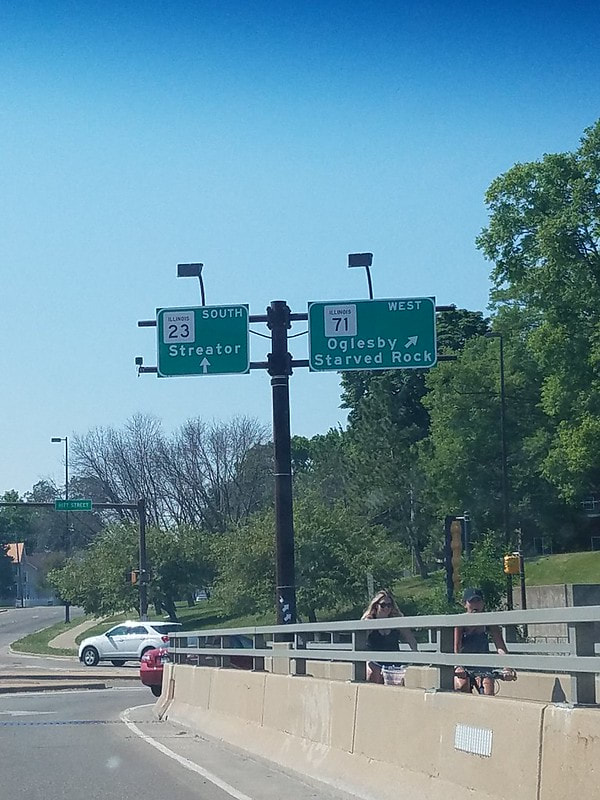 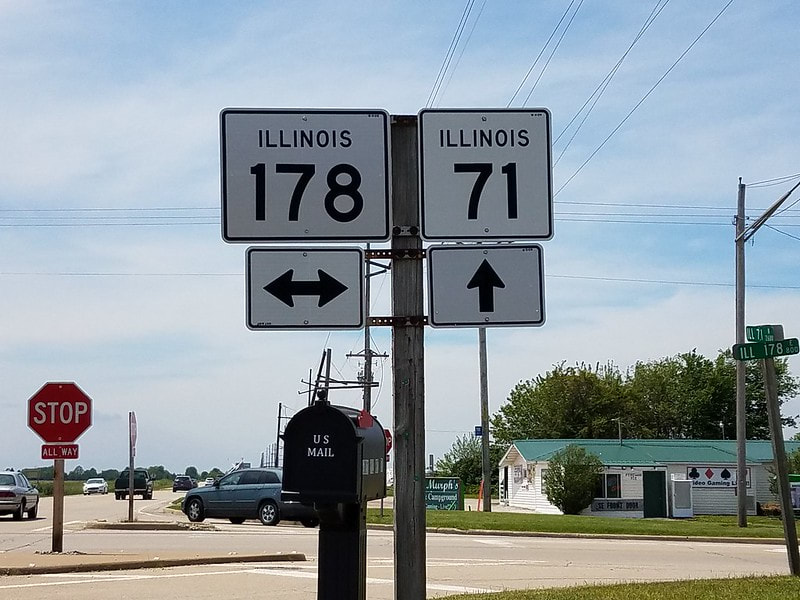 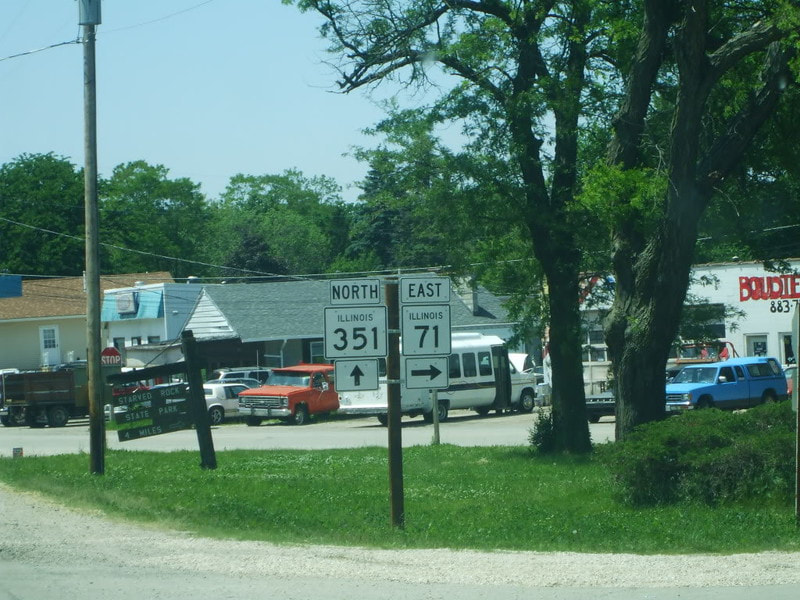 After passing through to Oglesby's south side, Illinois 71 curves westerly to cross Illinois 251 at the point where Illinois 351 ends: 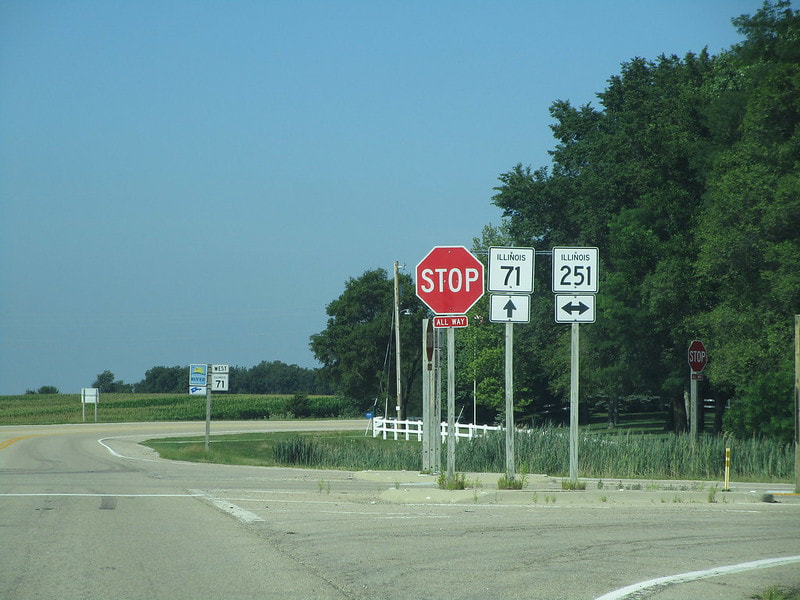 Illinois 71 shortly afterward meets an interchange with Interstate 39:
Illinois 71 crosses Illinois 89 near the Putnam County communities of Standard and Granville: 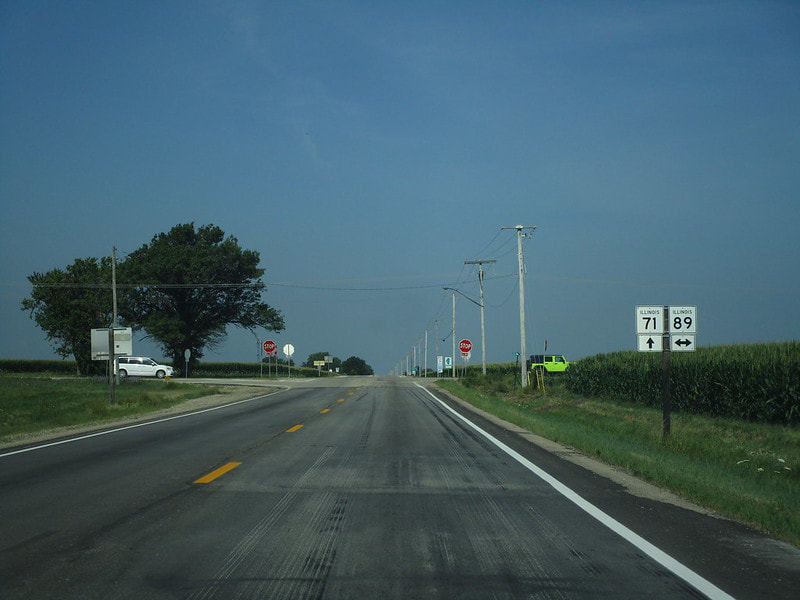 At Hennepin, Illinois 71 reaches its western end and becomes the southern beginning of Interstate 180, at an interchange leading to Illinois 26:
Back to the Illinois main page.
Back to the home page.