Illinois Route 137 is a route in Lake County, in the northern suburbs of Chicago.  It is shaped strangely, like the letter "J", with a north-south section along Lake Michigan, turning at the south end of that section toward the west, with a short deviation to the north at the western end.

The intersections will be listed in order from the west end, to the east, and then to the north to the Wisconsin border.
The western end of Illinois 137 is at Illinois 83 just south of Illinois 120, near Grayslake: 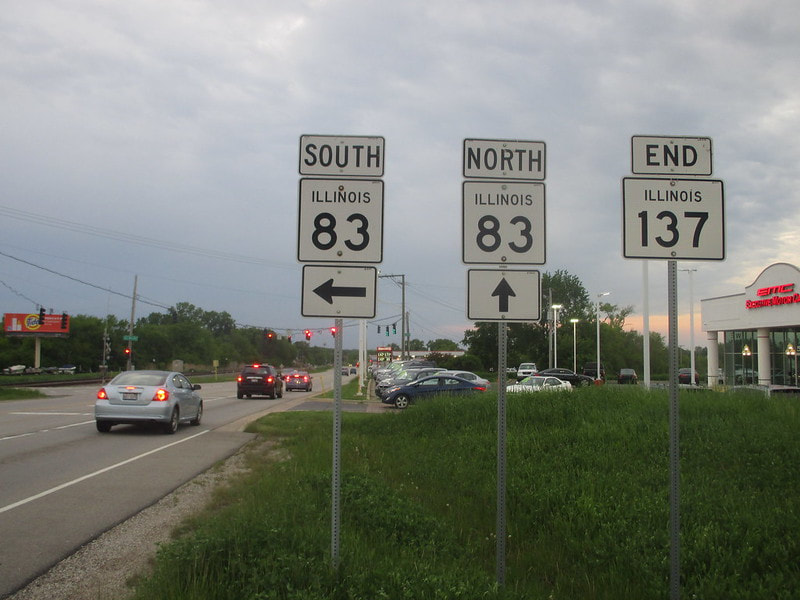 Heading southeast along the hook of the "J", Illinois 137 meets the surface road intersections of the folded diamond interchange with US Route 45: 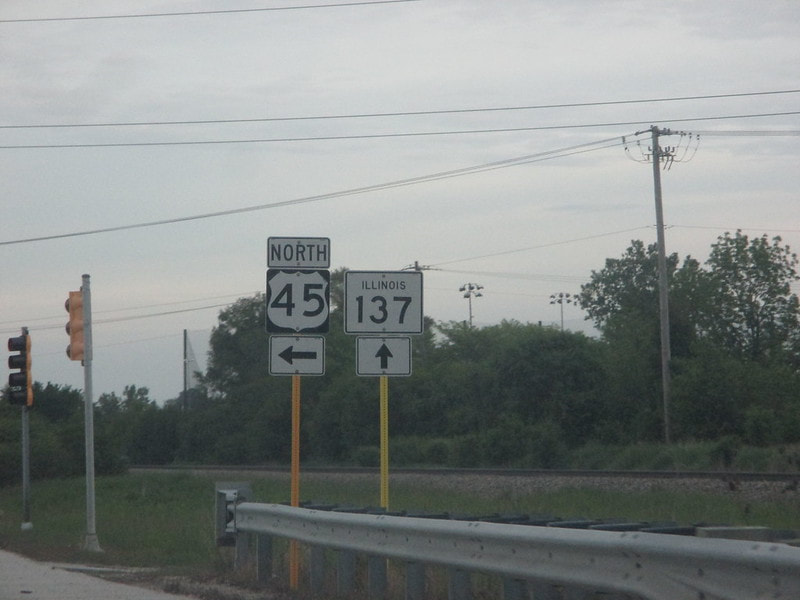 On the north side of Libertyville, Illinois 137 crosses Illinois 21: 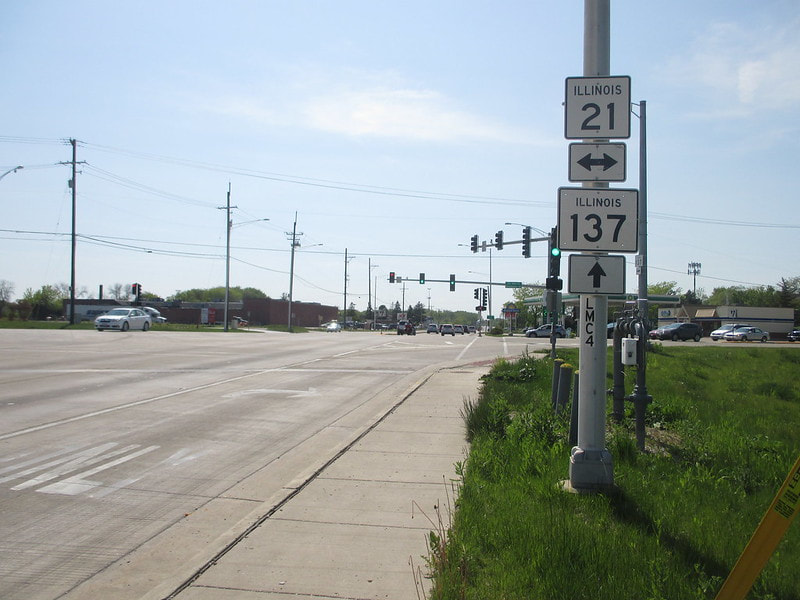 Illinois 137 meets Interstate 94 at a full diamond interchange, a rarity in Lake County: 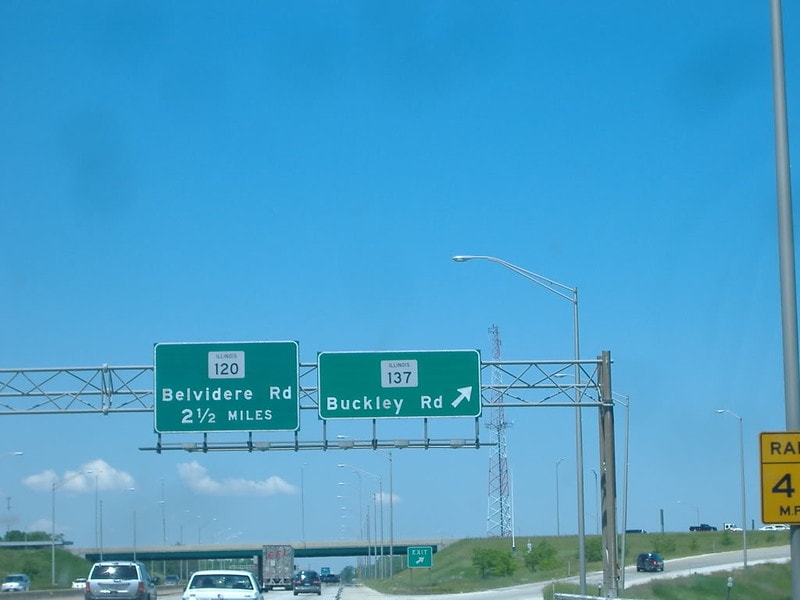 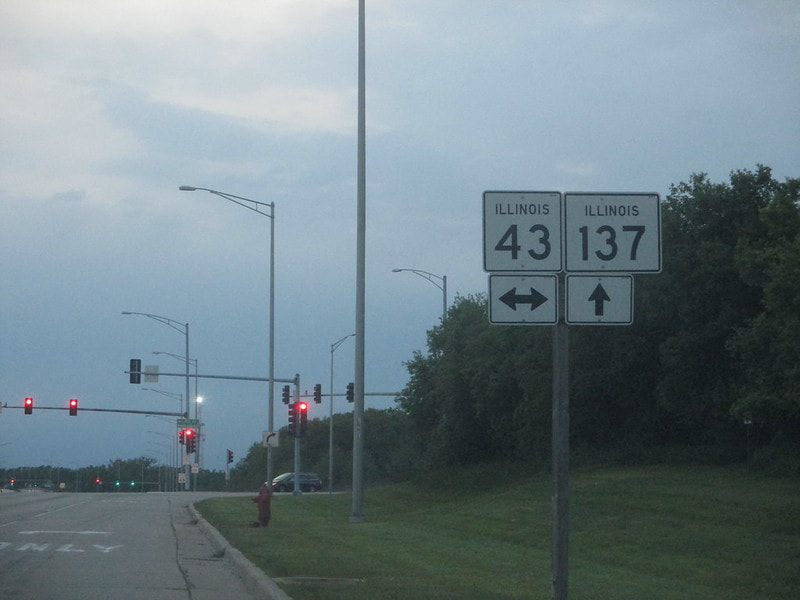 After another mile, Illinois 137 crosses US Route 41: 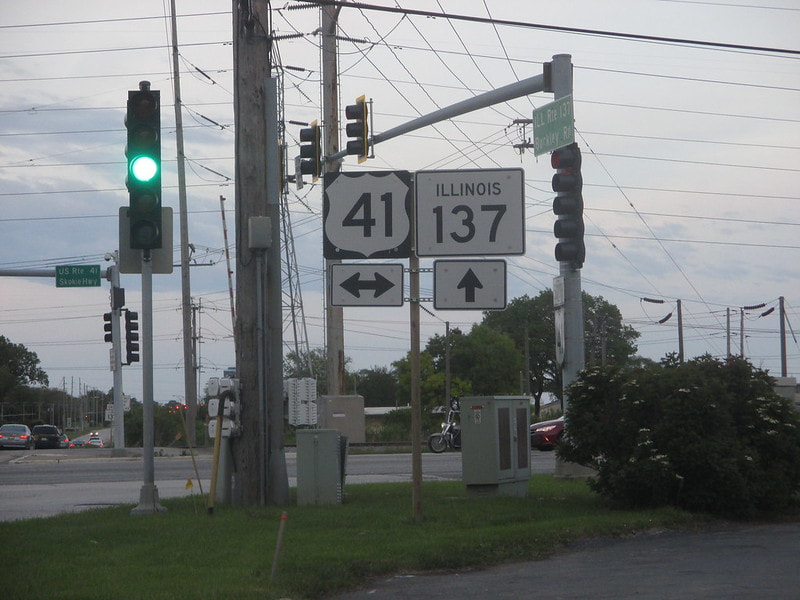 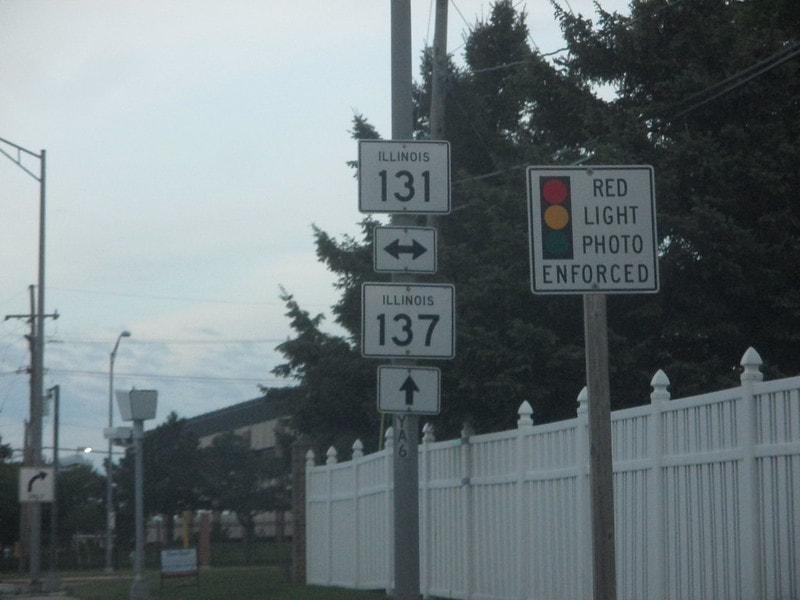 The east-west section of Illinois 137 then comes to an end, and turns north toward the Wisconsin border: 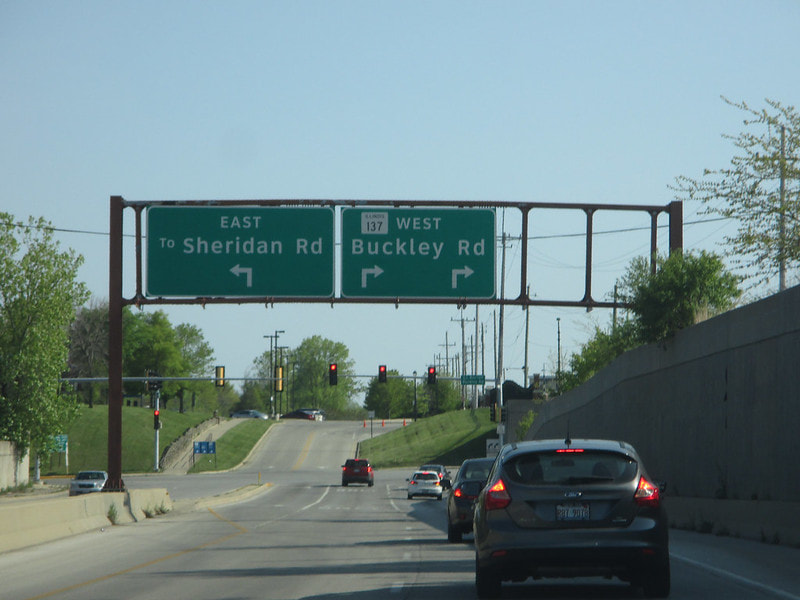 Most of the east-west routes that once entered Waukegan have been truncated to the west, so the next state-maintained highway that meets Illinois 137 isn't until after Waukegan, at Illinois 173 in Zion: 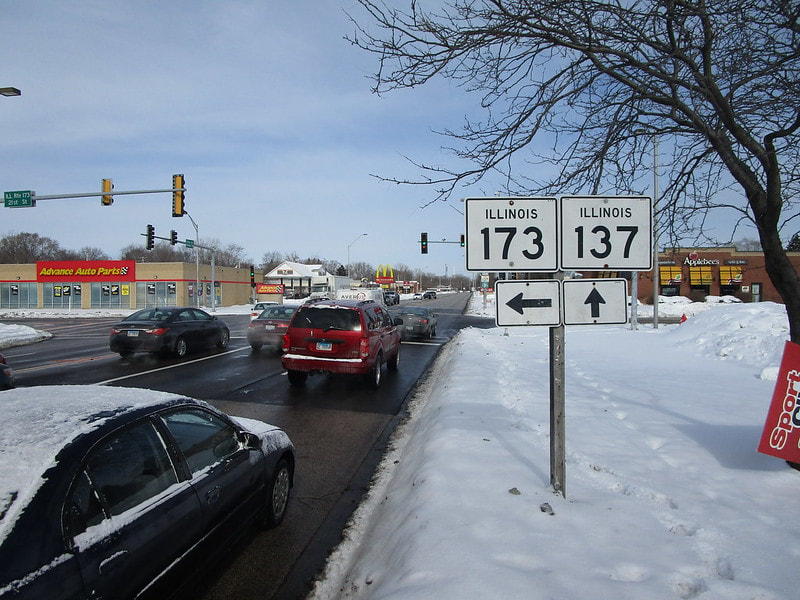 Illinois 137 keeps going northward until it becomes Wisconsin Highway 32 at the state border: 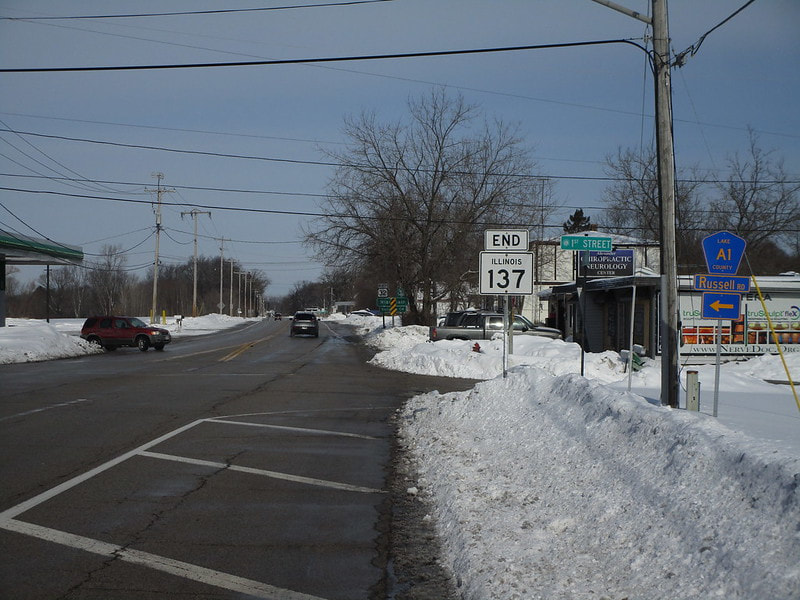