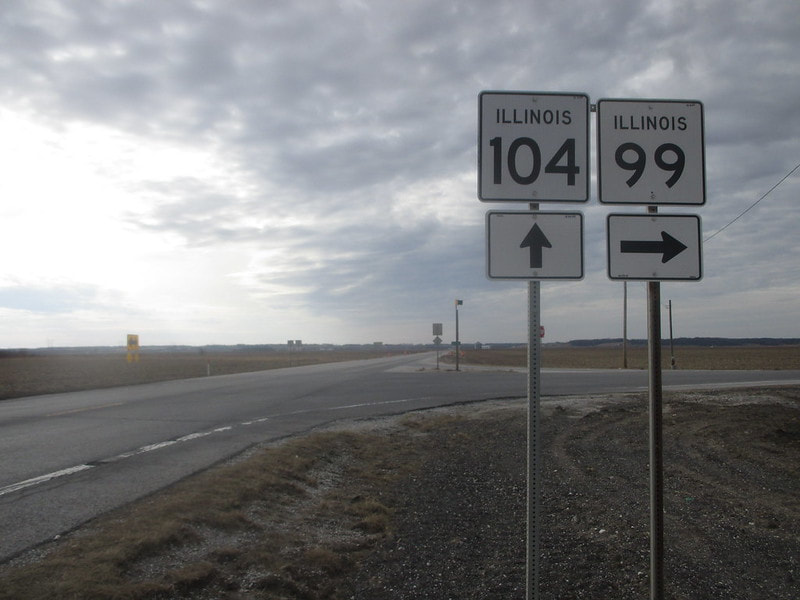 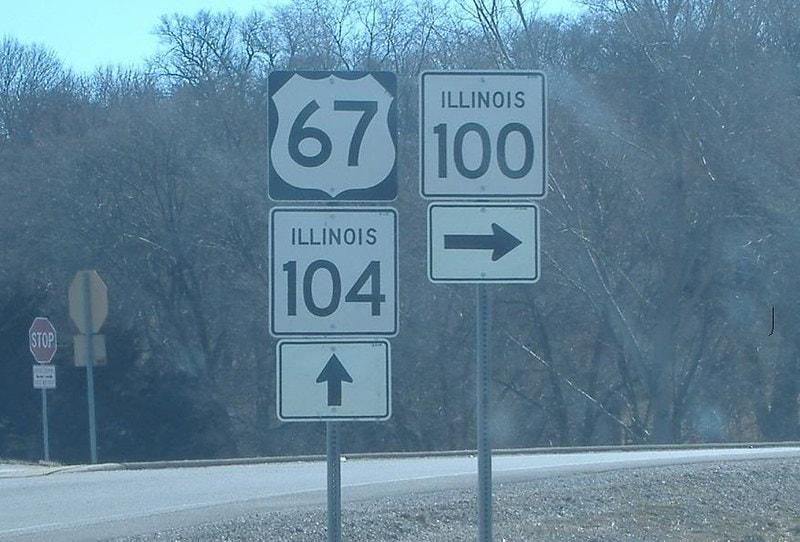 As US Route 67 turns into an expressway running along the west side of Jacksonville, Illinois 104 splits away from that route at a trumpet interchange, to head more easterly in toward town: 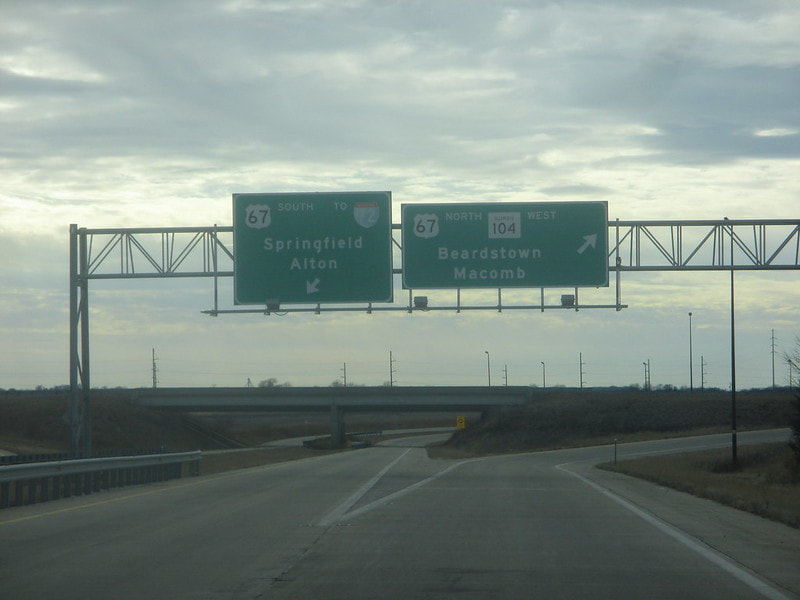 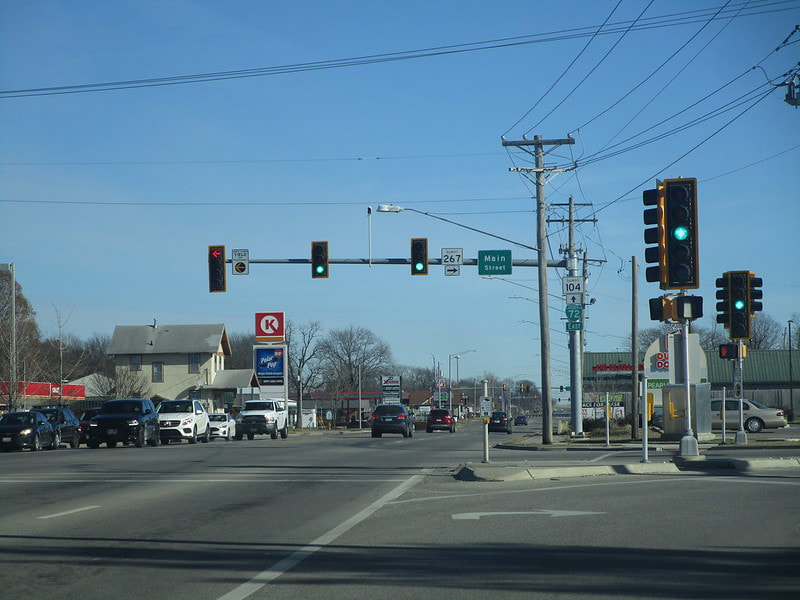 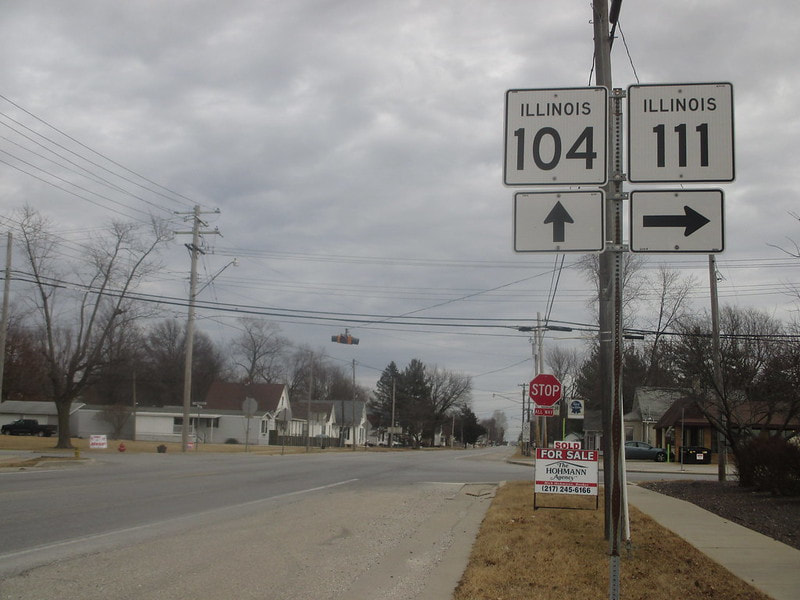 In Auburn, Illinois 104 crosses Illinois 4 (since I took this picture in early 2018, a signal was added to this intersection): 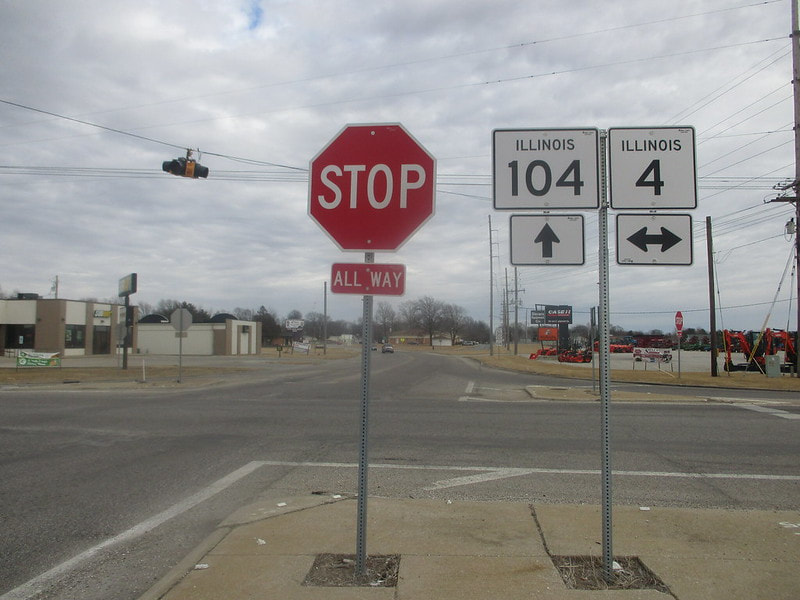 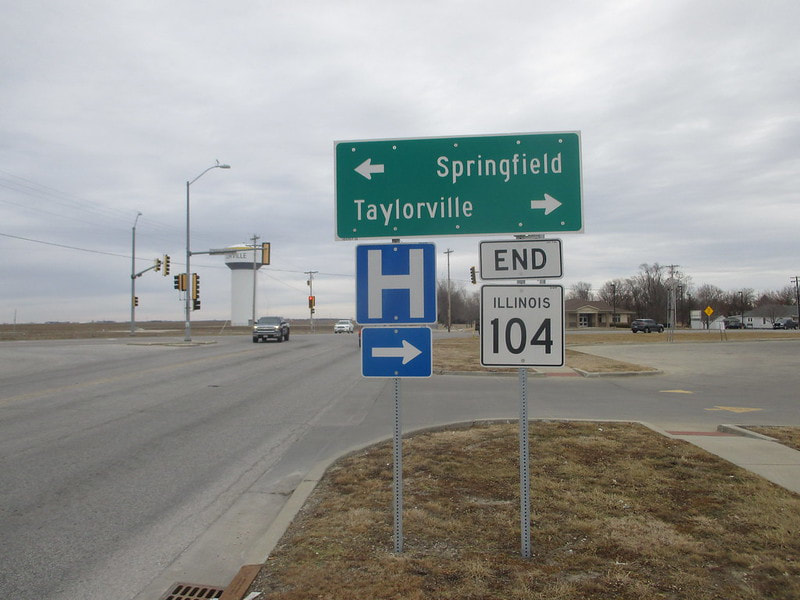