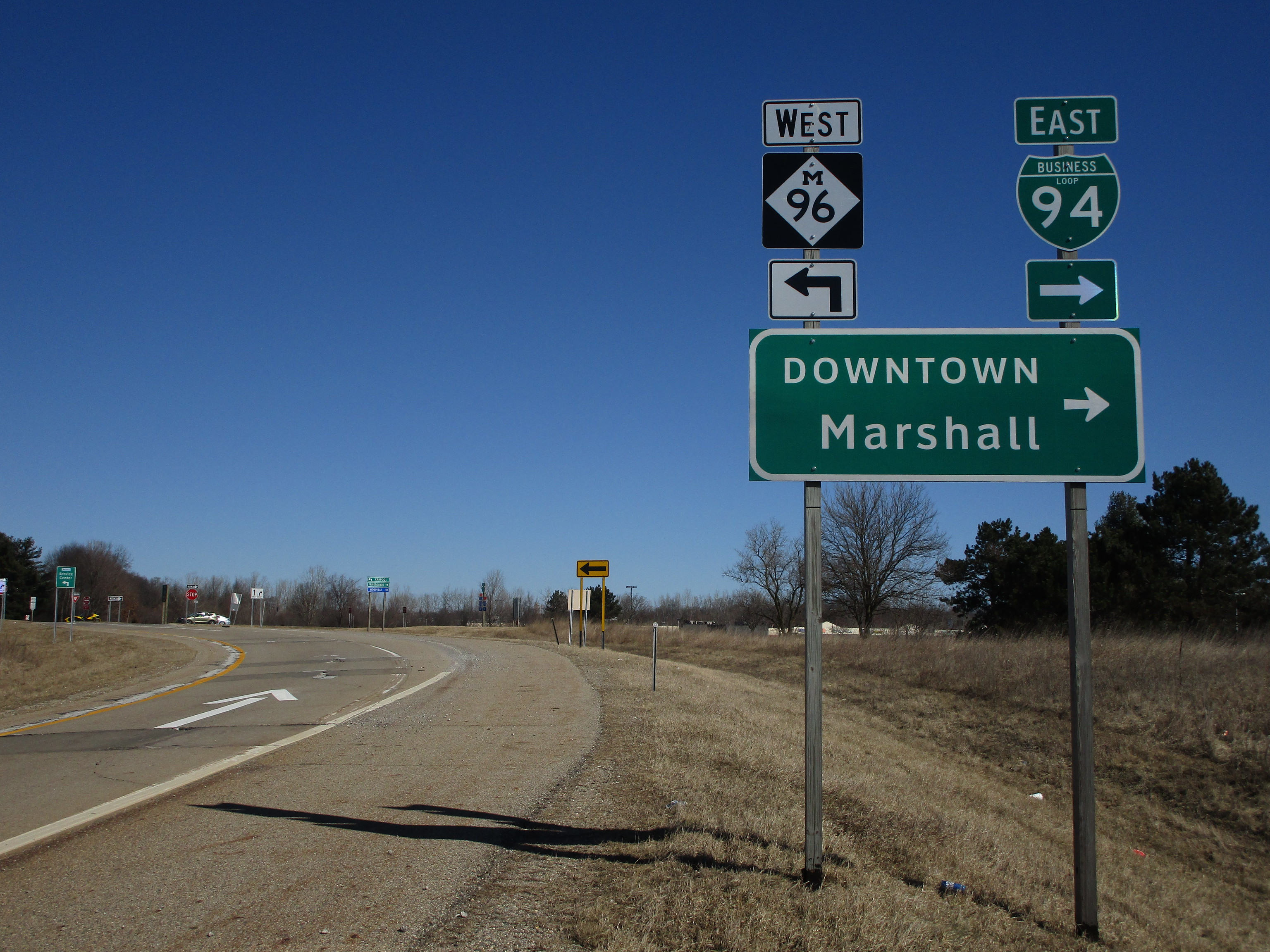 My photo of a route marker for Michigan Highway 96 comes from its eastern end at Interstate 69.  The signage shown, on the west side of Marshall, faces south along the northbound offramp from Interstate 69.  Interstate 94 lies just to the north of this spot, and its business loop into Marshall sets out toward the east from here.  The signs show that Michigan Highway 96 gets started on its westbound journey as the observing travelers turn left ahead. This photo was taken at the tail end of a drive around central and southern Michigan in March 2019.