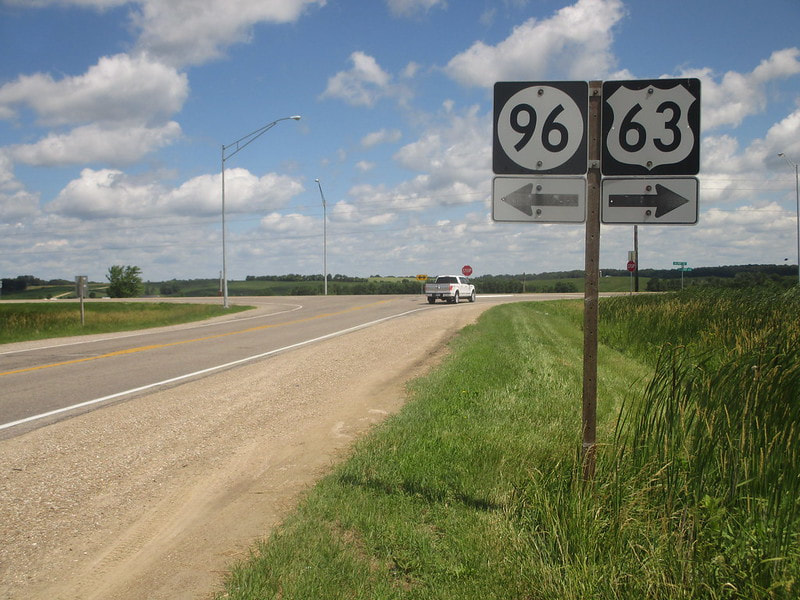 My photo of an Iowa Route 96 marker comes from the east end of the marked route, along US Route 63.  The guide assembly shown faces south for northbound traffic. At the intersection serving as the state route's eastern endpoint, US Route 63 bends from a northerly direction to an easterly course bound for Traer.  (In Traer, US Route 63 straightens out to head northerly again, as it spawns the western beginning of Iowa Route 8.) This photo was taken on July 1, 2017, along the trip across eastern Iowa.
Back to the Iowa main page.
Back to the home page.