PAUL ACROSS AMERICA
US Route 101 is the main north-south route along the Pacific Coast, wrapping around the Olympic Peninsula of Washington, following the Pacific coast through Oregon and northern California, and then serving as the express route though West Coast locales in central California before ending in Los Angeles.  Between Los Angeles, and a town north of San Francisco called Leggett, California Route 1 takes over as the scenic route immediately along the coast, whereas US Route 101 takes more of the expressway role.  The numbering scheme for US highways reserved the numbers 1 through 101 for major routes, whereas branches of those major routes would be given higher 3-digit routes; thus, US Route 101 is considered a major US highway despite its 3-digit number.  In the Los Angeles area, US Route 101 is one of the notorious heavily-trafficked freeways leading out of downtown, heading west as the Ventura Freeway toward, well, Ventura.  In the San Francisco area, US Route 101 is notable for being the route traversing the famed Golden Gate Bridge.  The "northern" end of US Route 101 is at Interstate 5 in Olympia; "northern" is in quotes because from this terminus, US Route 101 heads north and west along the perimeter of the Olympic Peninsula before turning south along the majority of the nation's west coast.  The southern end is along an east-west portion of the highway, which enters a mess of an interchange in Los Angeles, California, connecting to Interstate 5 and Interstate 10. 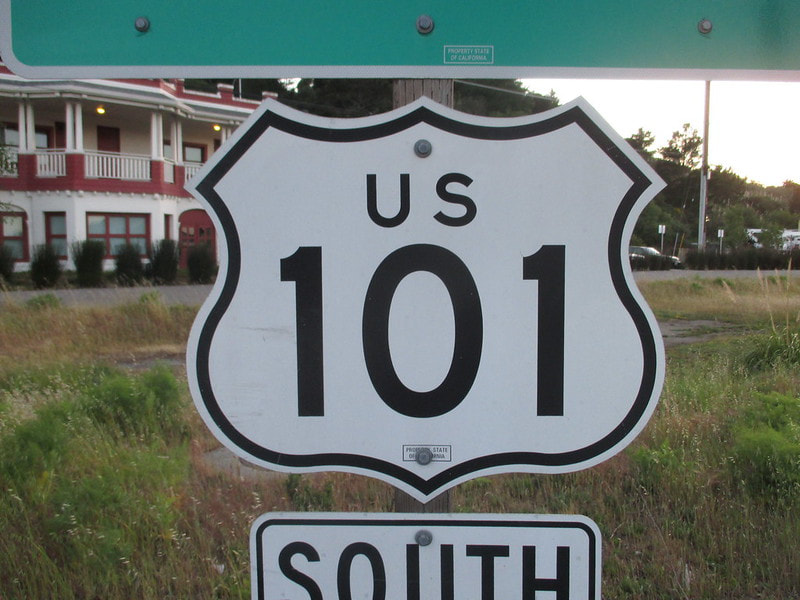 My photo for US Route 101 doesn't show much, but it is the context of my photo in my shield gallery.  It sits in Marin County, where California 1 joins US Route 101 south to the Golden Gate Bridge.  I took this photo in April 2015, coming back from a visit to Muir Woods, a very good place to see the famously giant redwood trees up close. Since this isn't a good picture of US Route 101, I'll give you some better photos.  (I'll replace this photo eventually when I get to the West Coast again.)

Here's another photo of US Route 101, along the freeway portion near Ventura and Oxnard (October 2021): 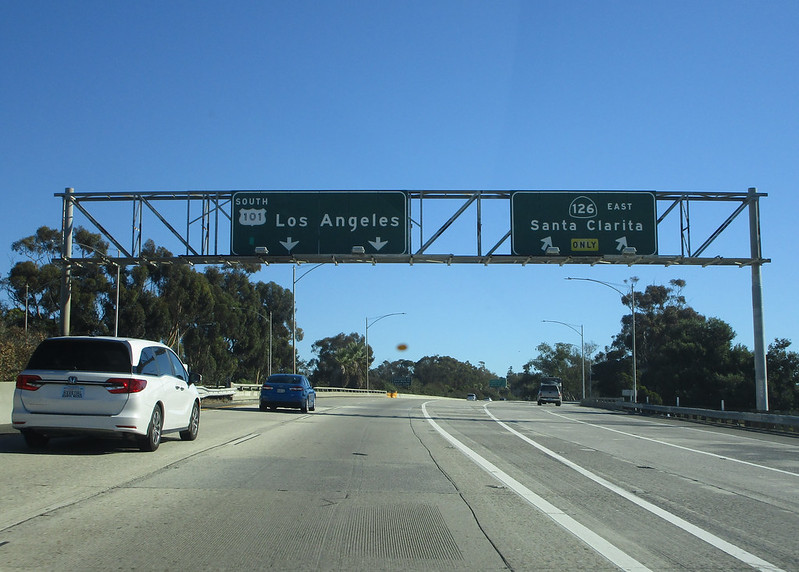 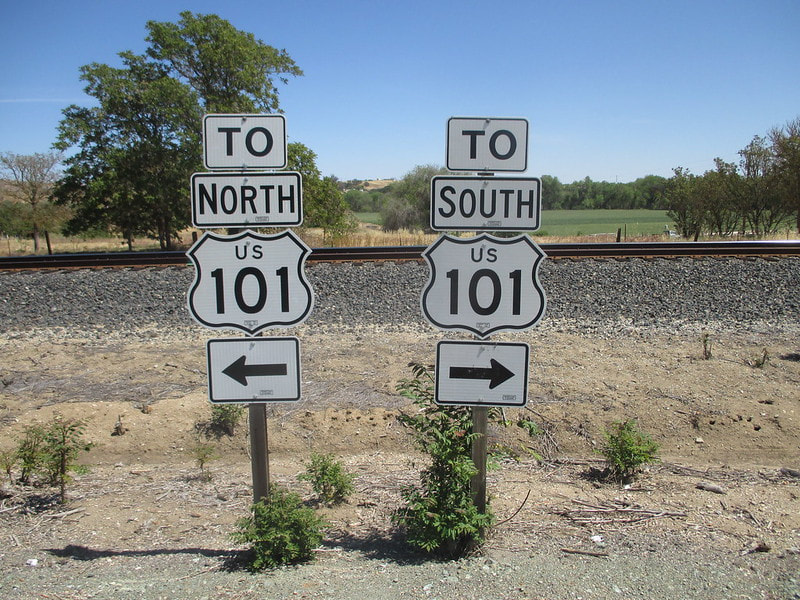 This is a sign assembly sitting on the expressway that develops carrying US Route 101 north out of Crescent City, California, at the southwestern beginning of US Route 199 (October 2017): 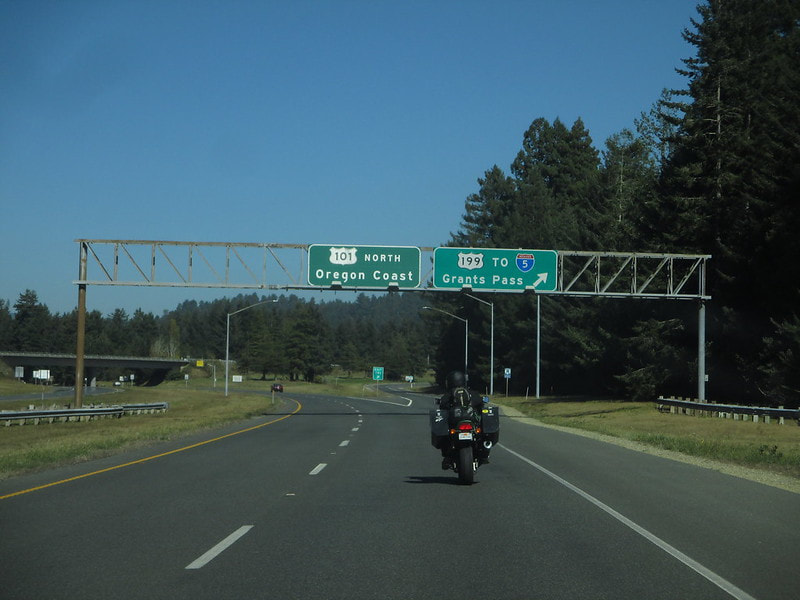