US Route 24 in Illinois

In Illinois, US Route 24 runs east-west across the entire width of central Illinois, a bit north of Illinois's exact middle. It connects Quincy to the Peoria area, with a slight east-northeasterly angle, but after Peoria, it heads almost exactly due east through small rural farm communities to the Indiana border. 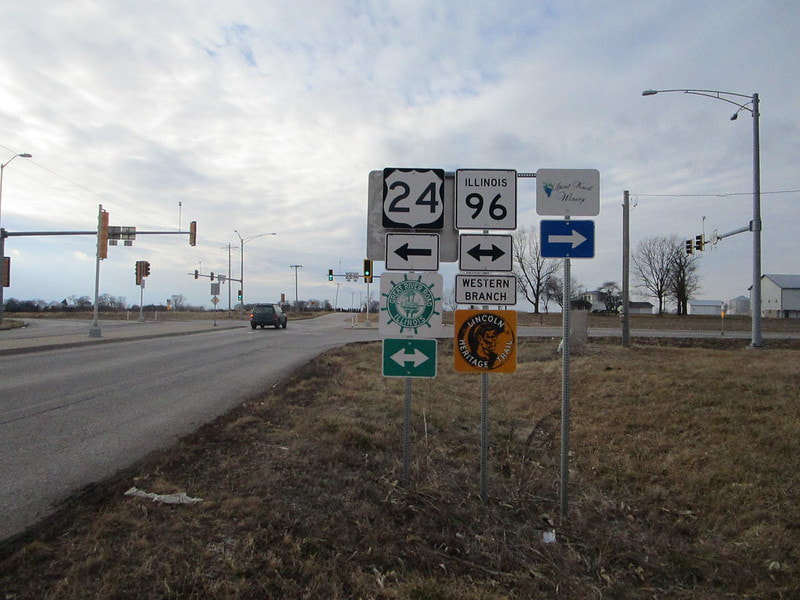 After less than three miles, US Route 24 meets the northernmost interchange of Interstate 172, where that freeway becomes the rural expressway now known as Illinois 336:
US Route 24 now really says goodbye to the Quincy area, and its next junction is with Illinois 94's southern end at Camp Point: 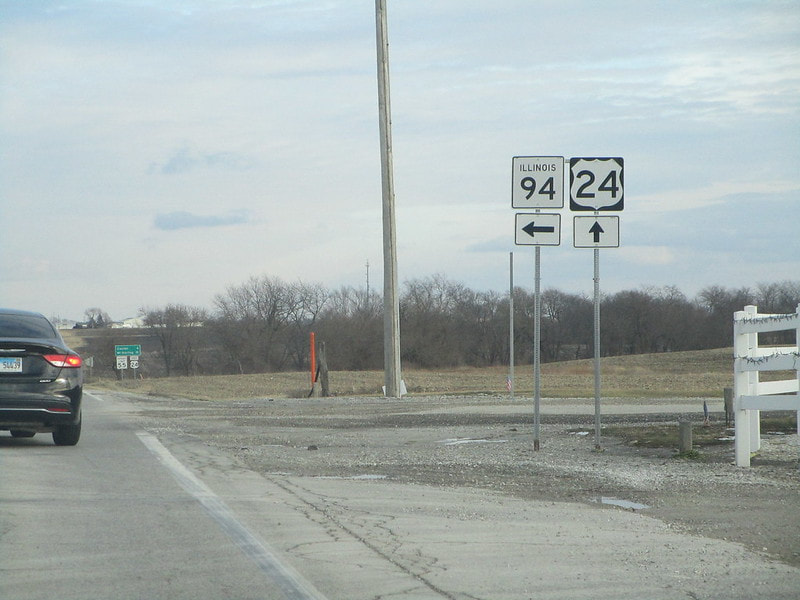 After that, US Route 24 enters Mount Sterling, where Illinois 99 joins from the north...
Illinois 99 stays with US Route 24 for about four blocks, then it splits to head south toward the northern beginning of Illinois 107: 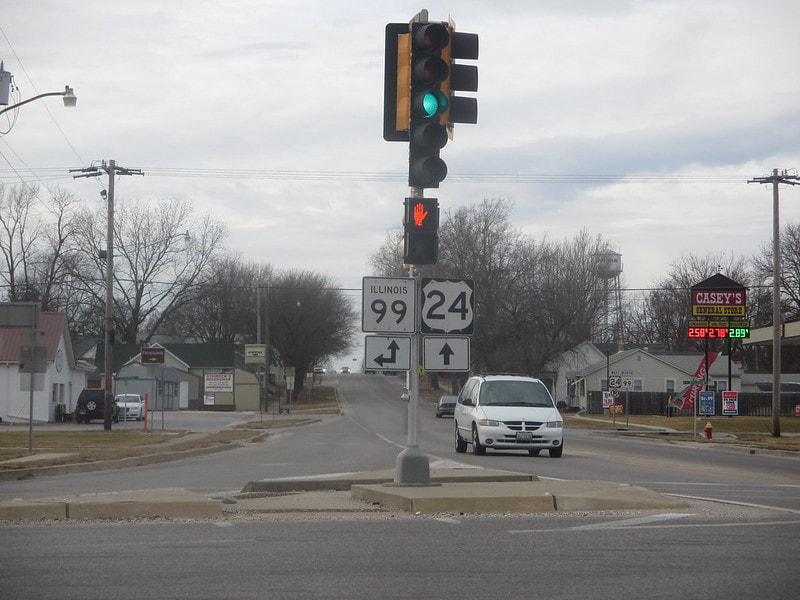 Near the small town of Ripley, US Route 24 curves north and creates the western beginning of Illinois 103...
At Rushville, US Route 24 crosses US Route 67: 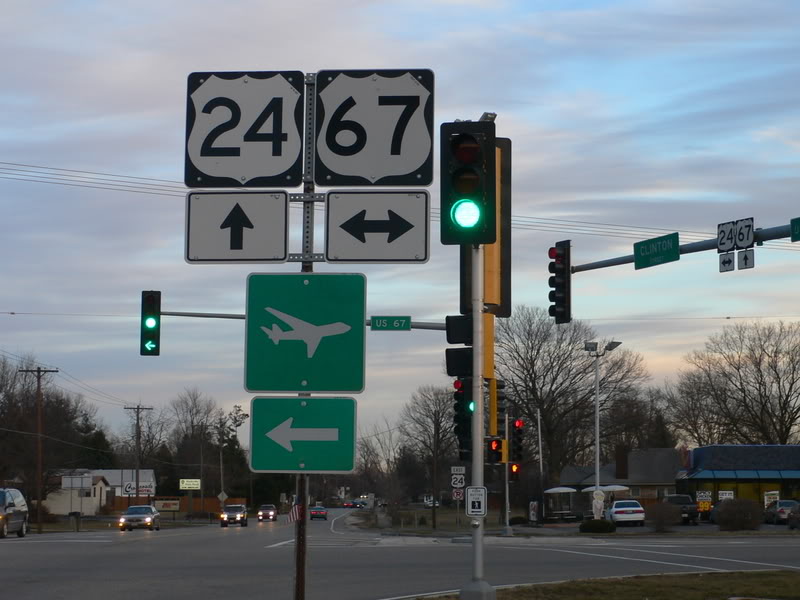 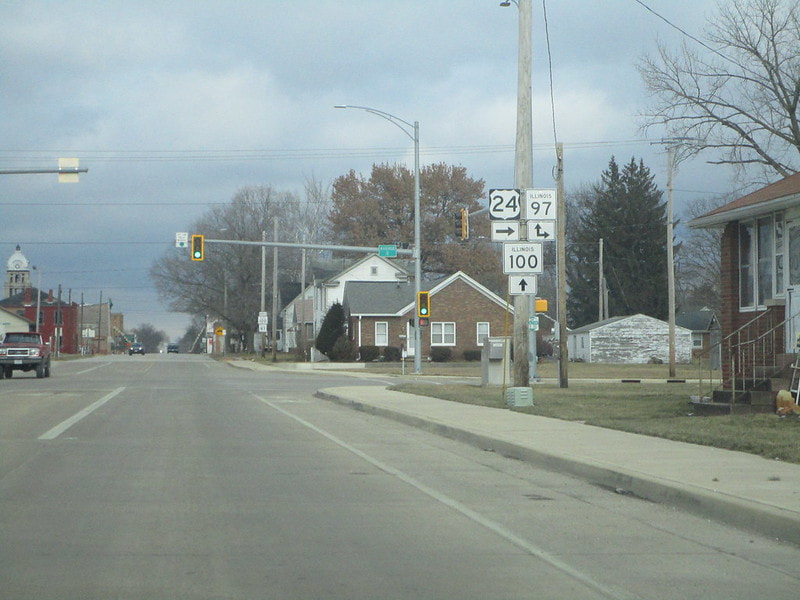 US Route 24 and Illinois 97 are now heading easterly together, but another intersection appears that's also home to three distinct duplexes:  Illinois 97 leaves to the south, but Illinois 78 comes from the south to join US Route 24 east: 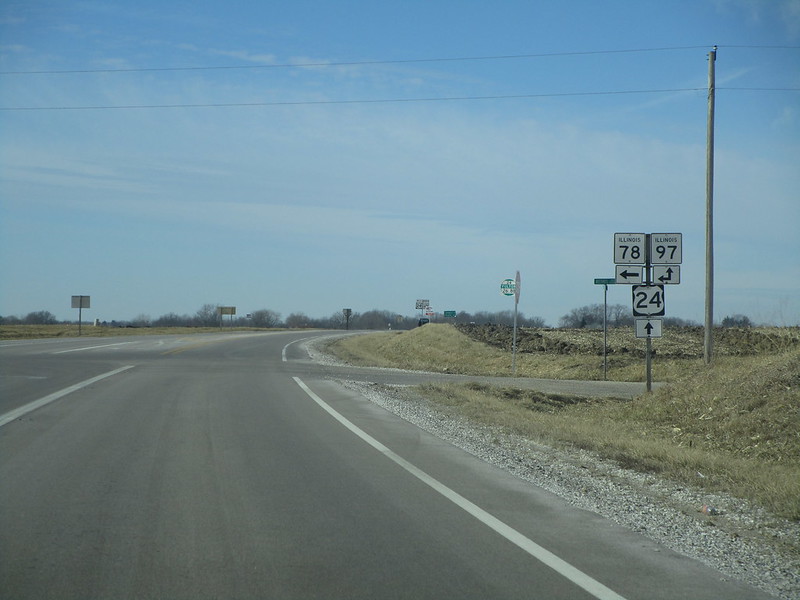 At a hamlet known as Little America, Illinois 78 splits from US Route 24 to head north, finally leaving US Route 24 with some independence: 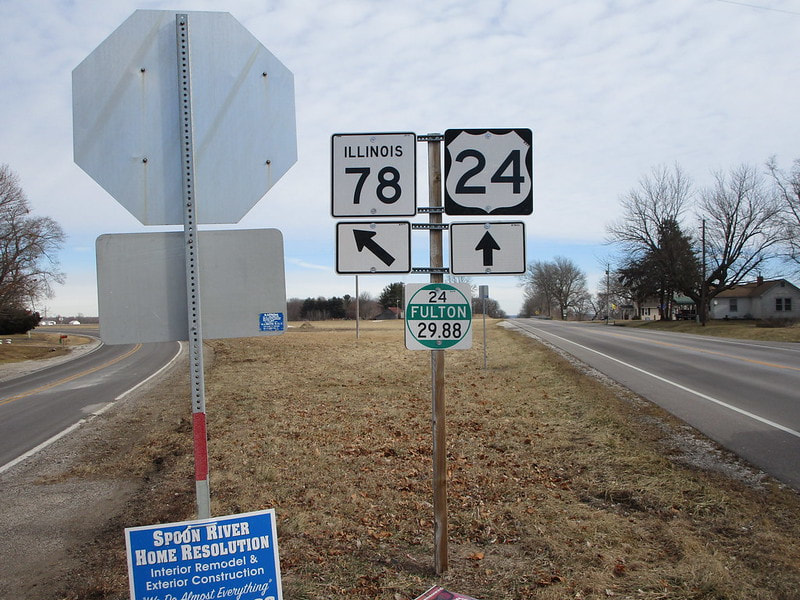 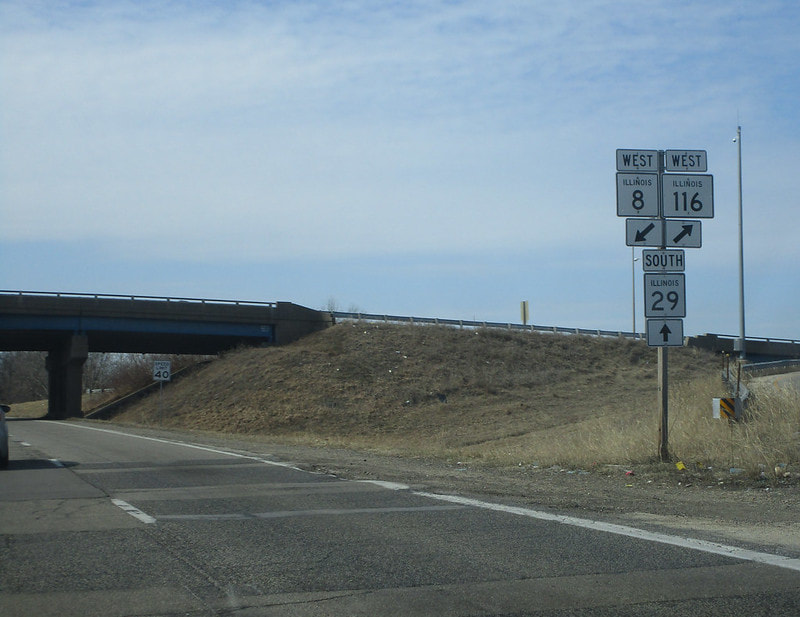 In East Peoria, the 4-way concurrency trades Illinois 8 toward the east for US Route 150, which comes from the east: 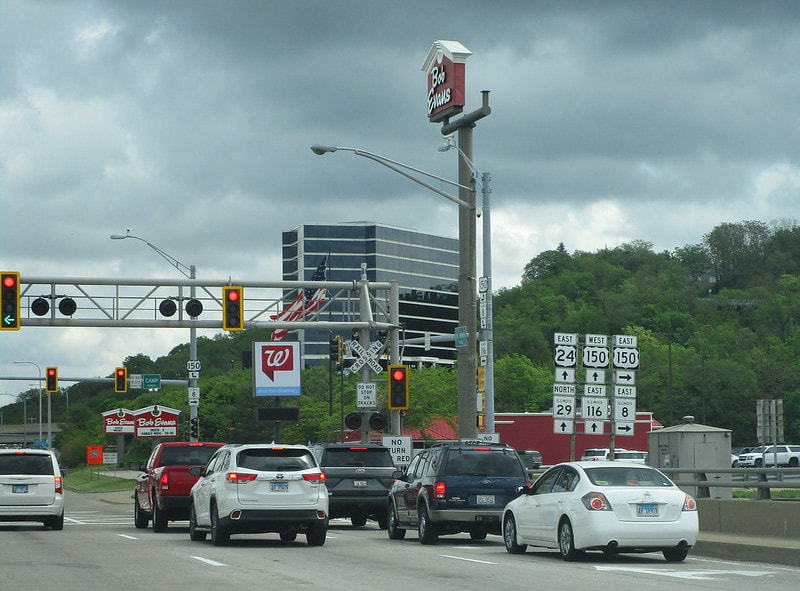 After only a couple blocks, the new 4-way concurrency meets an interchange with Interstate 74, which Illinois 29 uses to join the Interstate westbound: 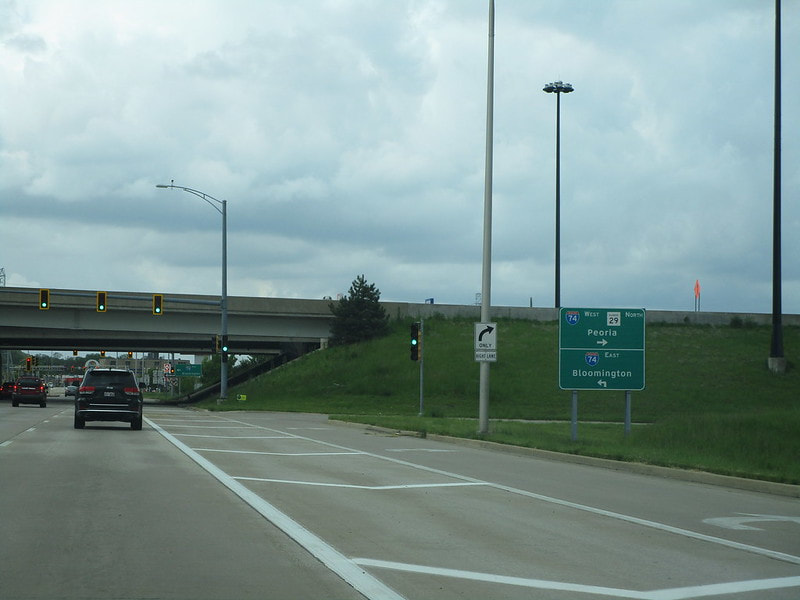 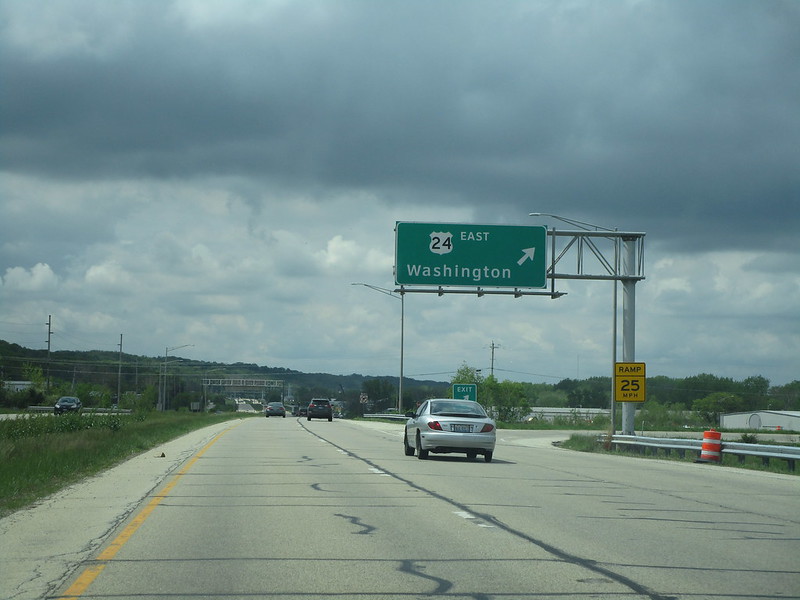 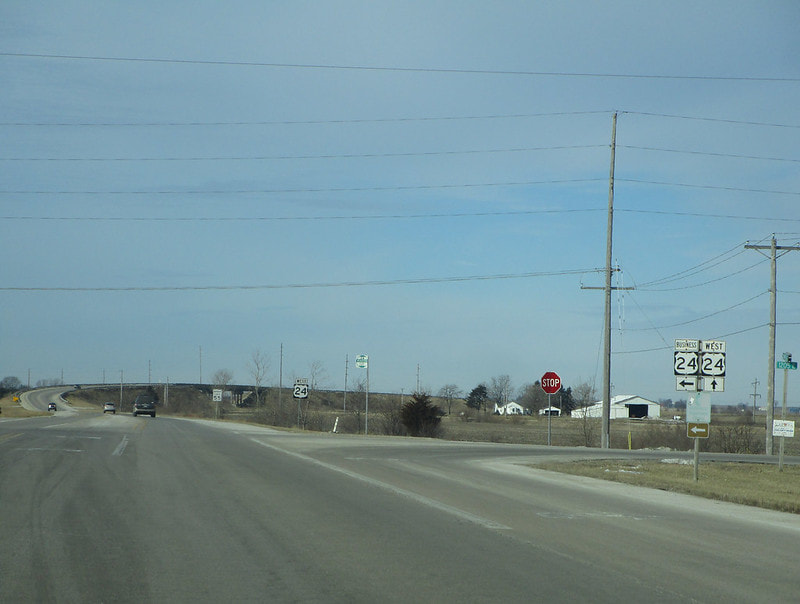 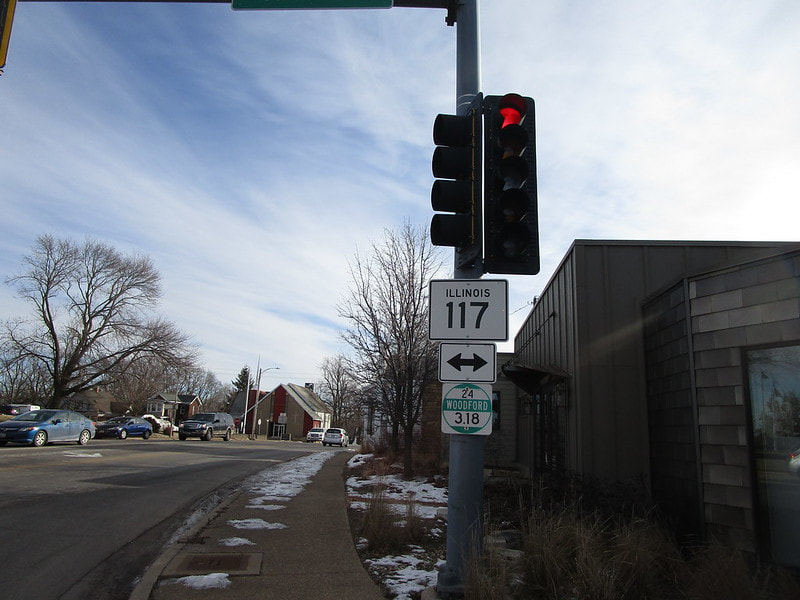 As US Route 24 is approaching El Paso, Illinois, it meets an interchange with Interstate 39: 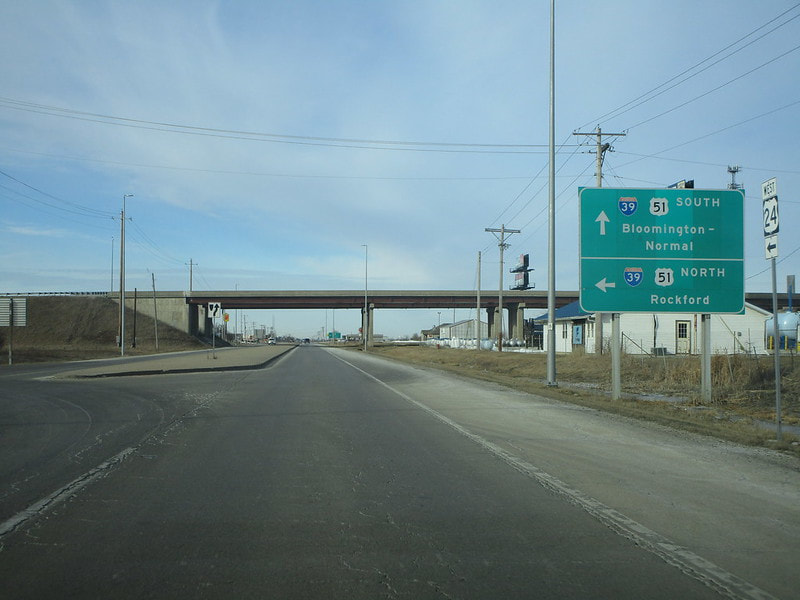 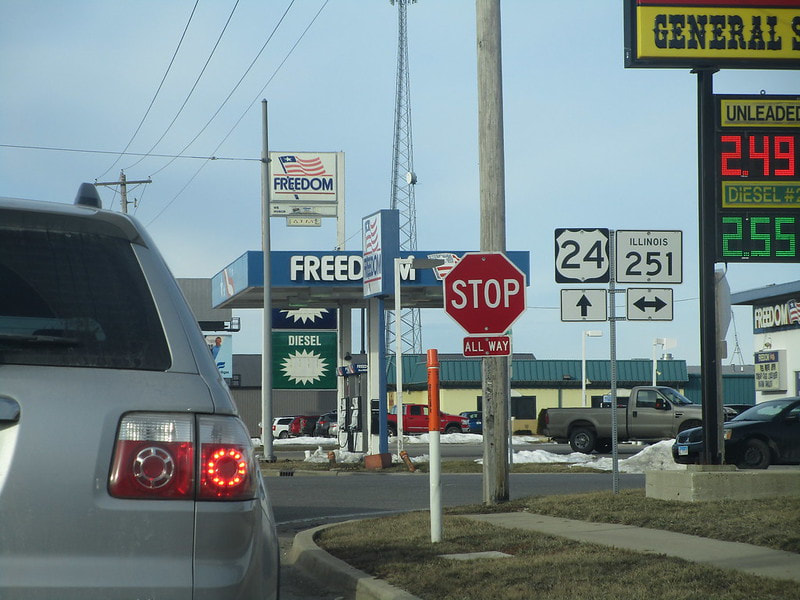 US Route 24 continues heading due east through farm country north of the Bloomington area, encountering an interchange with Interstate 55 at Chenoa...
In Forrest, ​US Route 24 crosses Illinois 47: 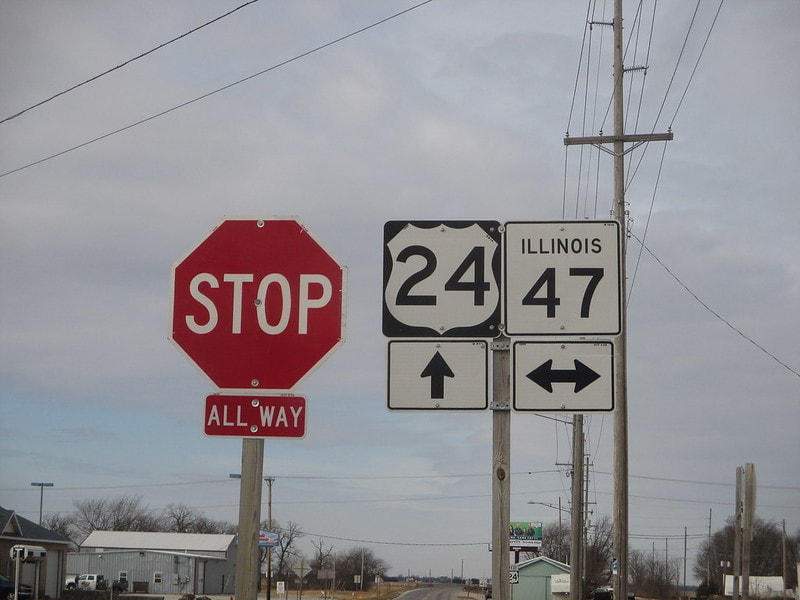 At Piper City, ​US Route 24 picks up Illinois 115 for a short distance, starting from where that state route comes from the north...
After about one-third of a mile, Illinois 115 splits from US Route 24 to resume going south... 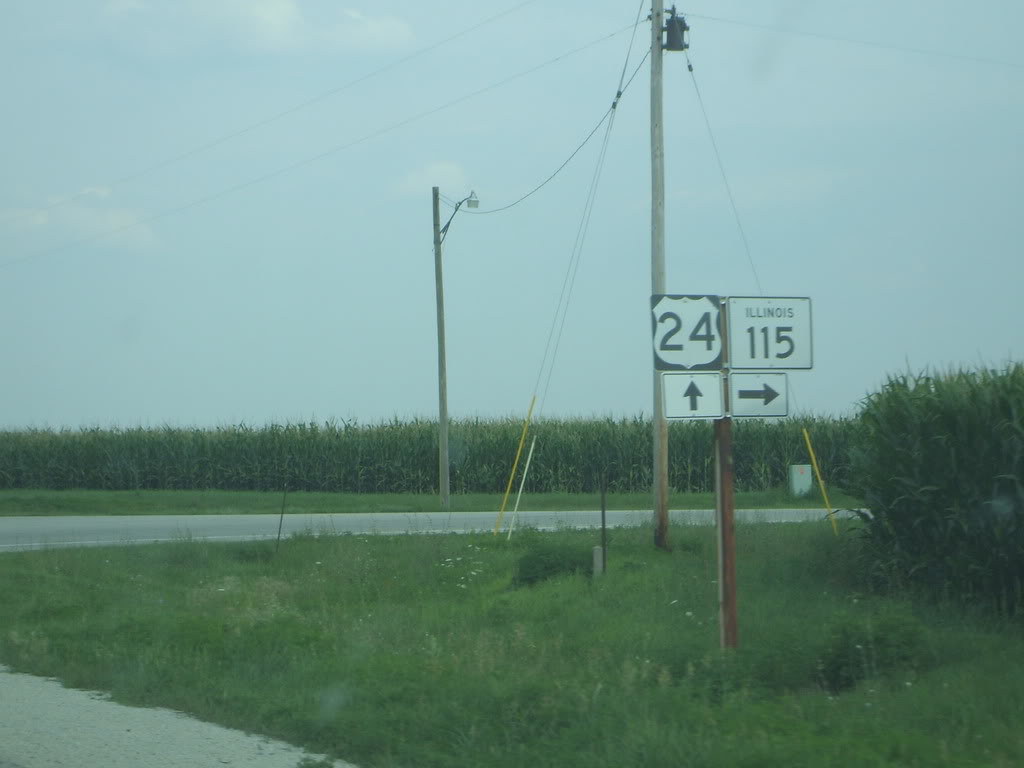 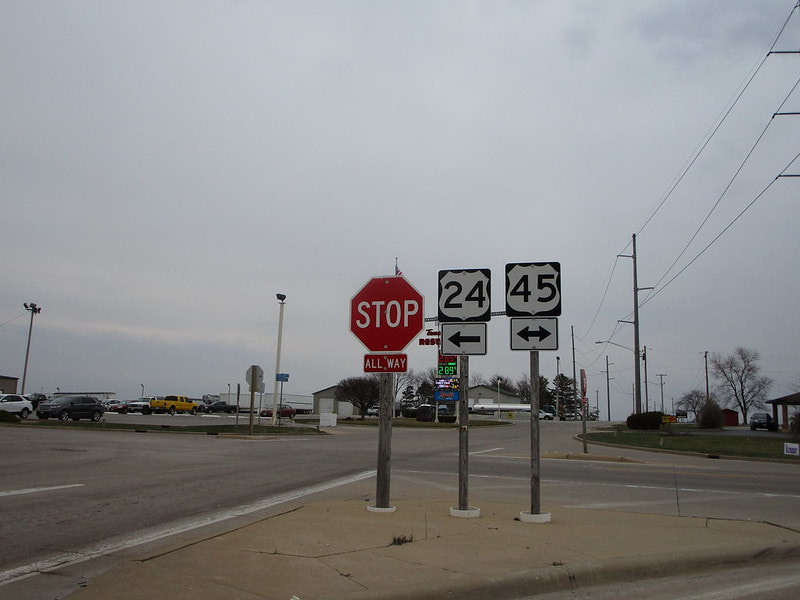 As US Routes 24 and 45 head out of Gilman, they split up, leaving US Route 24 to head east independently again: 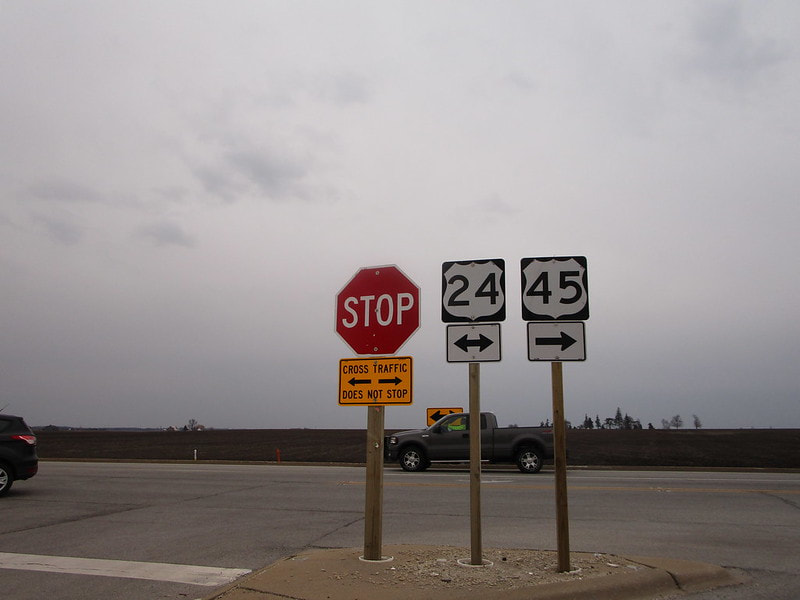 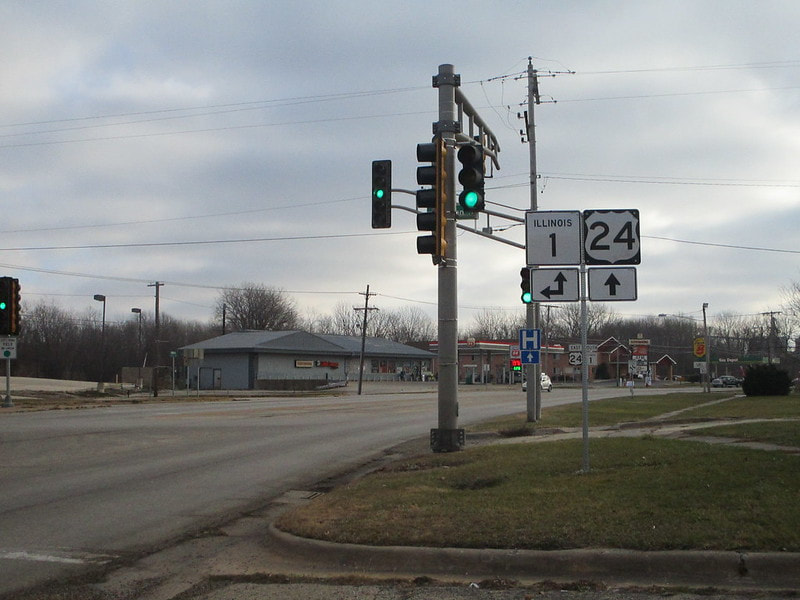 Just outside of Watseka, east of town, Illinois 1 splits from US Route 24 to resume heading south:
At Sheldon, US Route 52 comes from the north to join ​US Route 24 east... 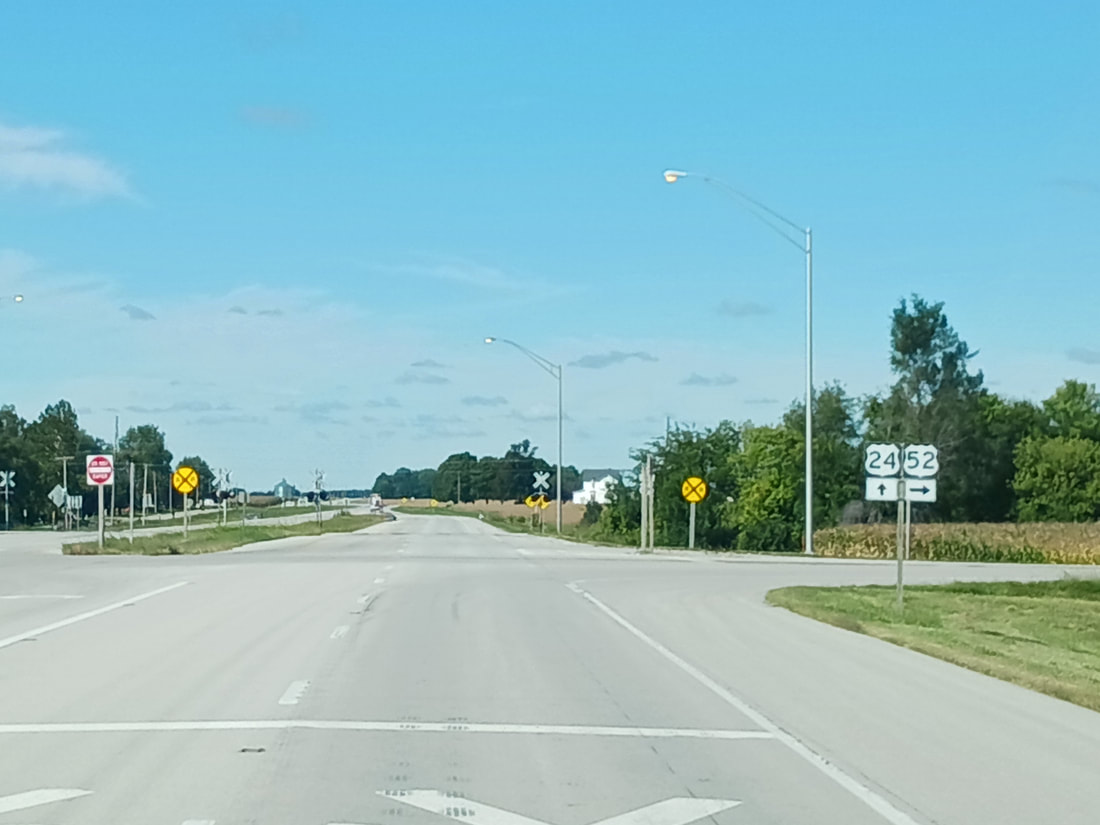 About two miles east of Sheldon, US Route 24 and US Route 52 cross the state border into Indiana concurrently, heading toward Kentland, Indiana...
Back to the Illinois main page.
Back to the home page.