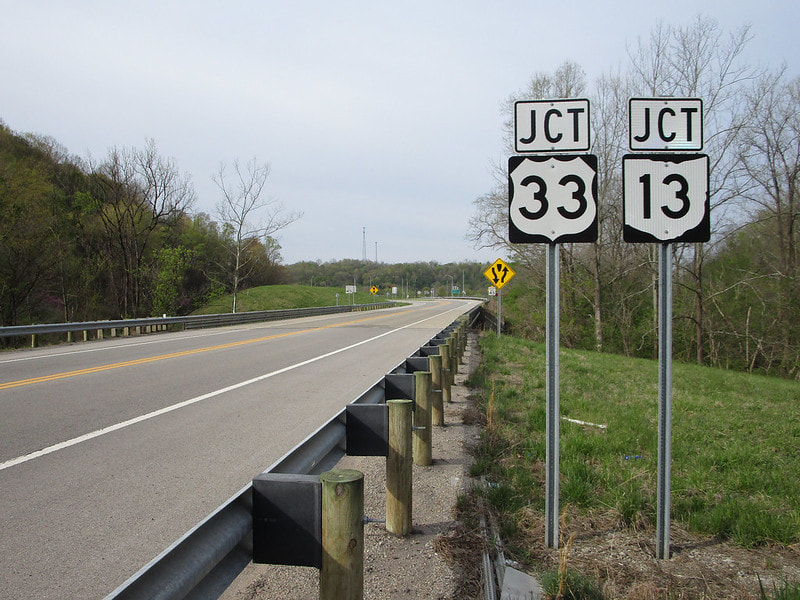 My photo for US Route 33 comes from its interchange with Ohio State Route 550 on the north side of Athens, Ohio.  This pair of junction markers faces northeast along Ohio State Route 550, announcing the upcoming interchange with US Route 33 to traffic on that state highway.  I took this photo in April 2021, at an early stage of the Virginia trip.  The interchange home to this junction marker assembly sits a bit north of US Route 50, in Athens, in southeastern Ohio.
Back to the nationwide main page.
Back to the home page.