​​​​US Route 127, while in Michigan, spends its time running north-south in the middle of the Lower Peninsula, forming the backbone of the lower three-quarters of the landmass.  In the southern quarter of Lower Michigan, US Route 127 is a rural surface highway like it is farther to the south in Ohio.  However, in the second and third quarters of Lower Michigan, measured from south to north, US Route 127 is a freeway or rural expressway, providing a four-lane, high-speed connection across central Michigan.  US Route 127's southern entrance into Michigan occurs west of Morenci, Michigan, as it proceeds northerly out of the northwest corner of Ohio.  US Route 127 heads north to Jackson, where it becomes a freeway.  US Route 127's persona as a freeway continues through Lansing, the state capital.  The four-lane high-speed highway continues through many towns important to central Michigan, like St. Johns, Ithaca, Alma, St. Louis, Mt. Pleasant, and Clare.  The northern end of US Route 127 is a convergence (not a full interchange) with Interstate 75 south of Grayling.  Much of the traffic reaching the northern end of US Route 127 will continue north to destinations near or beyond the Mackinac Bridge.  The piece of US Route 127 north of Lansing used to be a piece of US Route 27, which followed the current route of Interstate 69 southwest into Indiana. 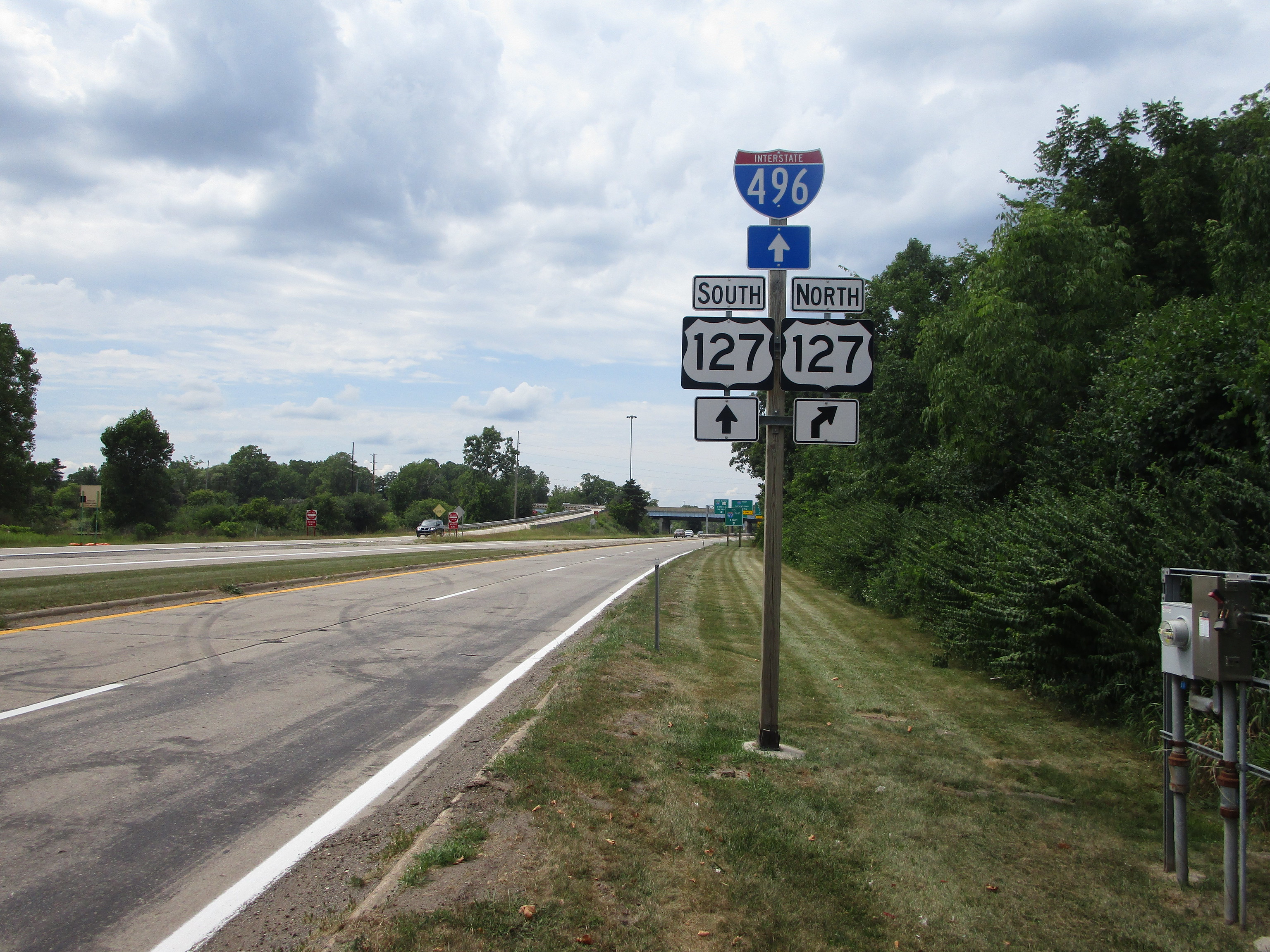