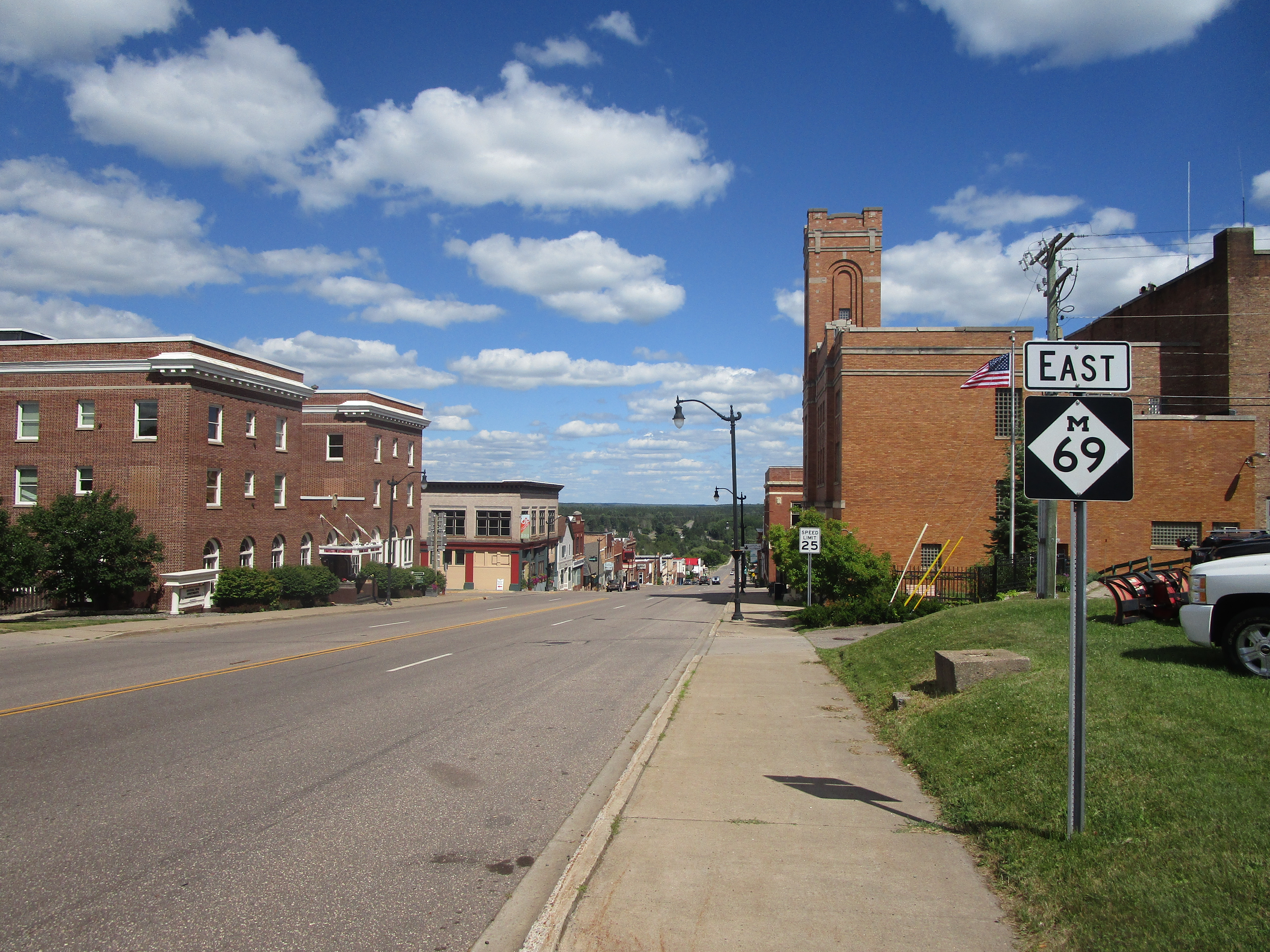 My photo of Michigan Highway 69 comes from the western end in Crystal Falls, at the concurrency of US Route 2 and US Route 141. The north-south routing of that concurrency will have some of its traffic turning onto this western extent of Michigan Highway 69, and the signage depicted reassures travelers that they have reached the start of the state route. This photo was taken at the very end of July, 2022, on a trip to the Keweenaw, Drummond Island, and Alpena.