Illinois Route 18 runs east-west where central Illinois meets north-central Illinois.  It connects Henry, Streator, and really no other towns.  It appears as a northern alternate to Illinois 17; I'm not sure if that has anything to do with its numbering as 17 plus 1. I drove this road from east to west in its entirety, so I am listing the junctions here starting in the east and going west.

Illinois 18's eastern end is a split with Illinois 17 west of Dwight: 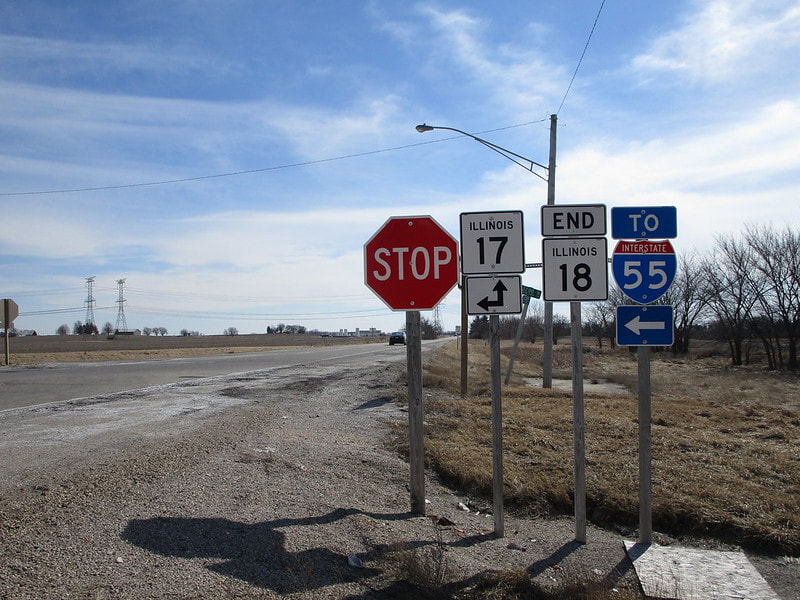 Illinois 18 and Illinois 23 cross paths in Streator, with each route taking the form of a pair of one-way streets: 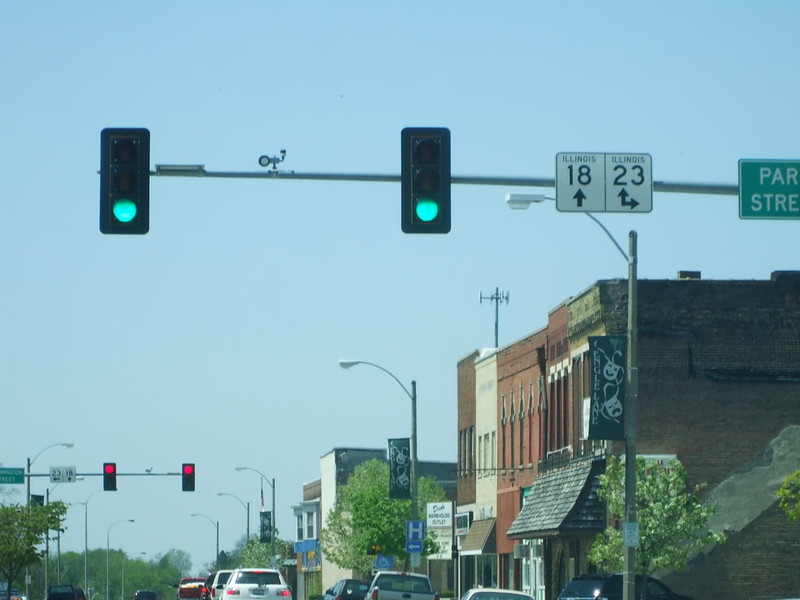 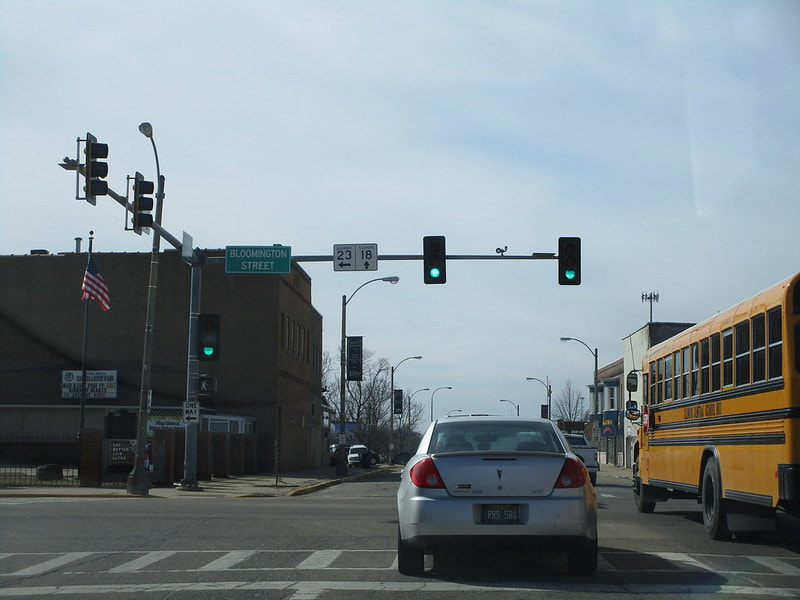 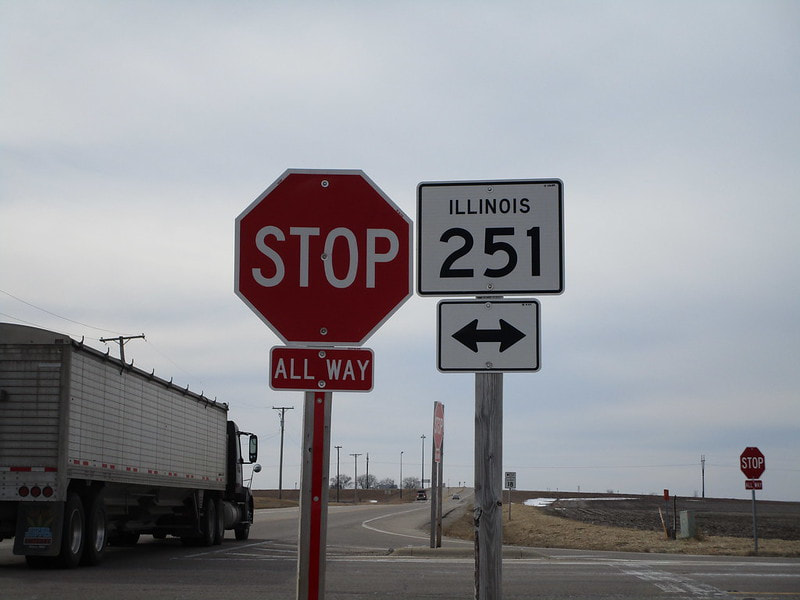 Illinois 18 crosses Illinois 89 near the town of Magnolia: 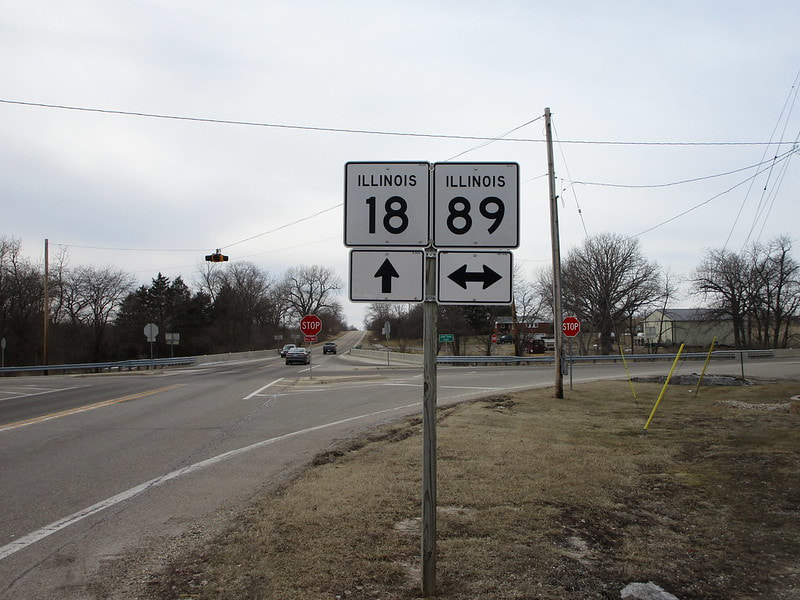 Just after that junction, Illinois 18 meets a classic ​diamond interchange with Interstate 39:
About a mile before crossing the Illinois River, Illinois 18 is joined by Illinois 26 from the north: 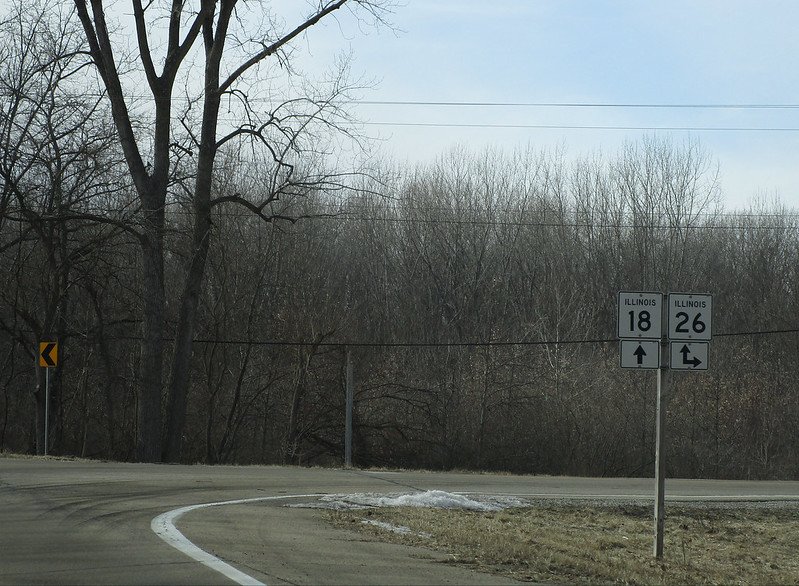 After a short concurrency, Illinois 26 splits from Illinois 18 to continue south along the east bank of the Illinois River: 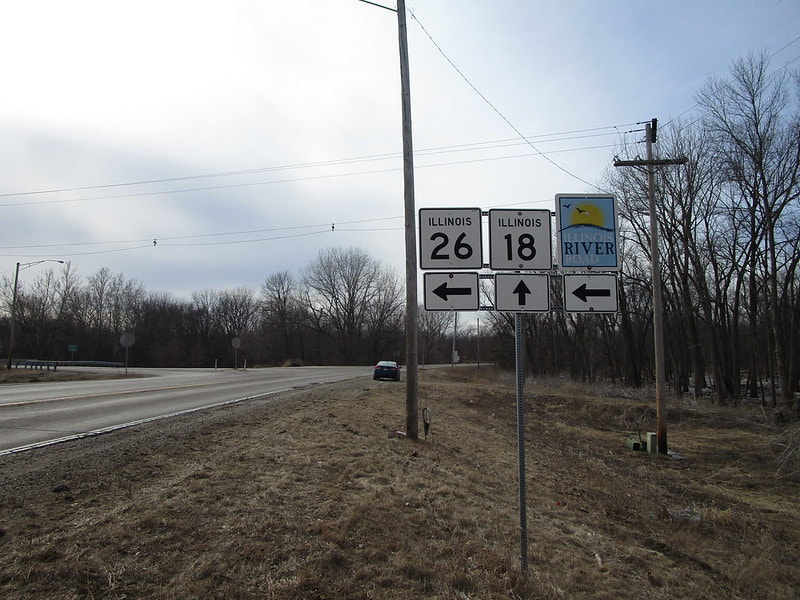 After crossing an Illinois River bridge into Henry, Illinois 18 ends in that town, at Illinois 29. 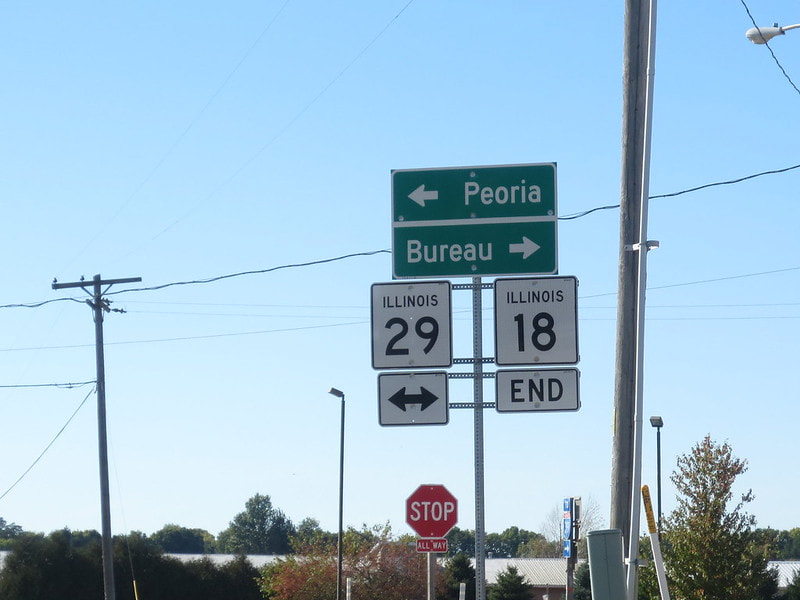