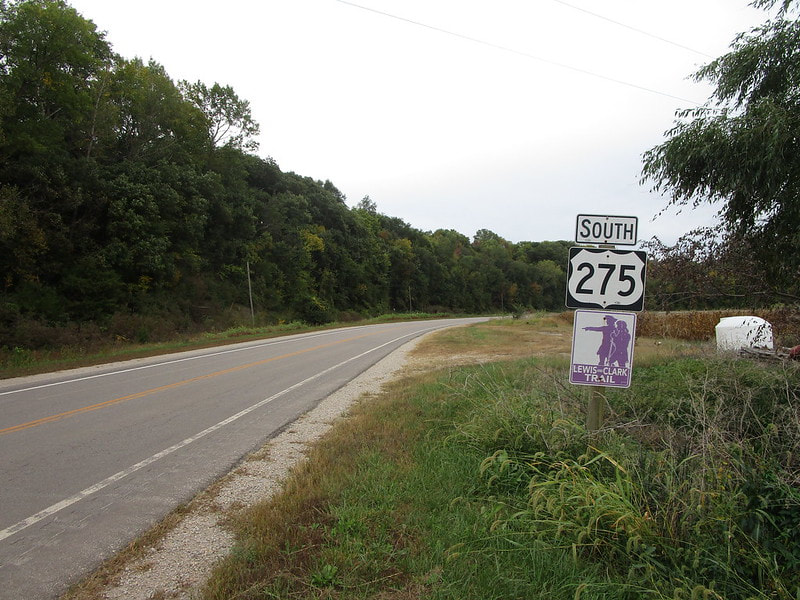 My photo for US Route 275 wasn't taken during a trip devoted to my national highway collection; it was taken as part of a trip routesnapping state highways around western Iowa in October 2021.  The photo shows a trailblazer directed at travelers heading south over the Iowa-Missouri border, just south of Hamburg, Iowa.  This sign was erected by Missouri's DOT, just barely on their side of the state border.  Interstate 29 lies just to the west of this photo's location, in Missouri's northwest corner. The aperture faces south toward the sun, but the overcast skies allowed this photo to turn out nicely.  Overcast skies are the great equalizer when it comes to which aperture angle proves favorable for the lighting in your photography.
Back to the nationwide main page.
Back to the home page.