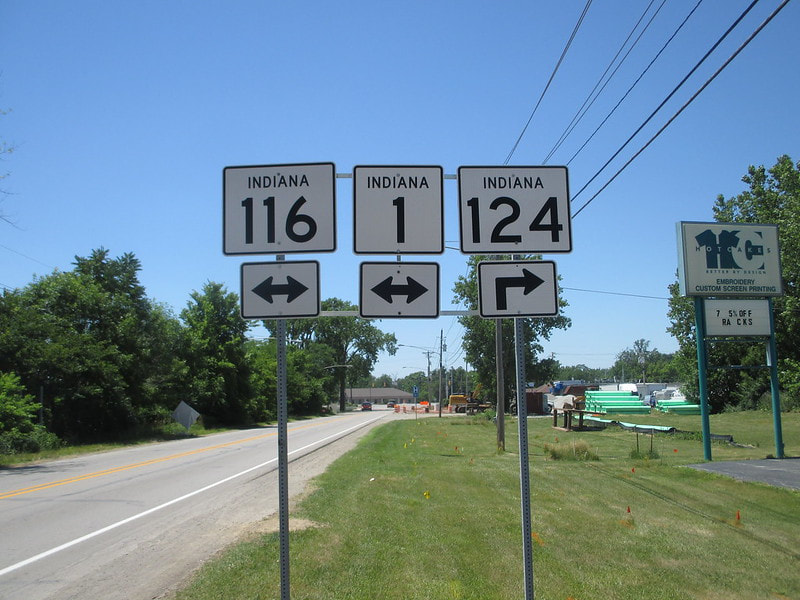 My photo of Indiana 1 hails from the south side of Bluffton, where Indiana 124 approaches it from the east.  At the junction indicated by the signage, Indiana 124 pauses its westward motion to jog northerly along Indiana 1.  Indiana 116, incidentally, is already jogging north along Indiana 1, so the duplex becomes a "triplex".  The signage faces east in advance of the intersection. This photo is from June, 2016.
Back to the Indiana main page.
Back to the home page.