Michigan Highway 6 is a freeway serving as a southern bypass around Grand Rapids.  It is the only single-digit state highway in Michigan that exists outside of Metro Detroit. The freeway was constructed mainly in the early 2000's, opening fully in 2004.  As a full freeway, it's eligible to receive an Interstate number, but it doesn't have one (and that's okay). The western end is at Interstate 196 southwest of Grand Rapids, and the eastern end is at Interstate 96, on the southeast side of town. The highway is nearly 20 miles long, and in the middle of that twenty-mile stretch is an expansive cloverleaf interchange with the US Route 131 freeway. 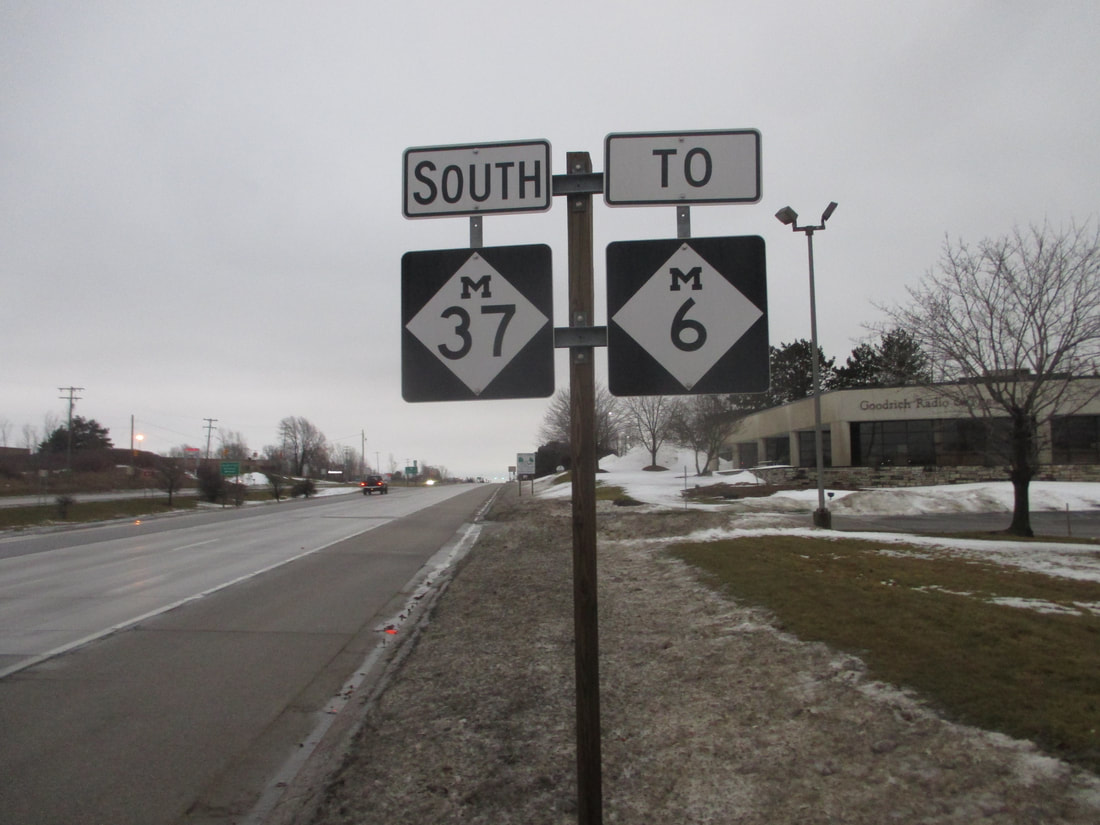