PAUL ACROSS AMERICA
US Route 321 is shaped like an instance of the letter "L" that has been rotated 180 degrees, or kind of like the number "7", in eastern Tennessee and the Carolinas.  The northwestern beginning is an interchange with Interstate 40 just west of Interstate 75 and Knoxville, in eastern Tennessee.  US Route 321 initially runs east from there, crossing from the south side of Interstate 40 to the north side at Newport, Tennessee.  The highway then continues east through Boone, North Carolina, where it turns to the south through Hickory and Gastonia.  After that, US Route 321 continues beyond Gastonia, into South Carolina.  In that state, it cuts right down the middle to the southern tip, serving as the next major north-south west of US Route 21 and Interstate 77 (in the north half of the state, anyway).  US Route 321 continues south through Columbia to end at the southern tip of South Carolina, at US Route 17 in Hardeeville, very near Interstate 95.  Hardeeville, South Carolina, is right across the state border from Savannah, Georgia. 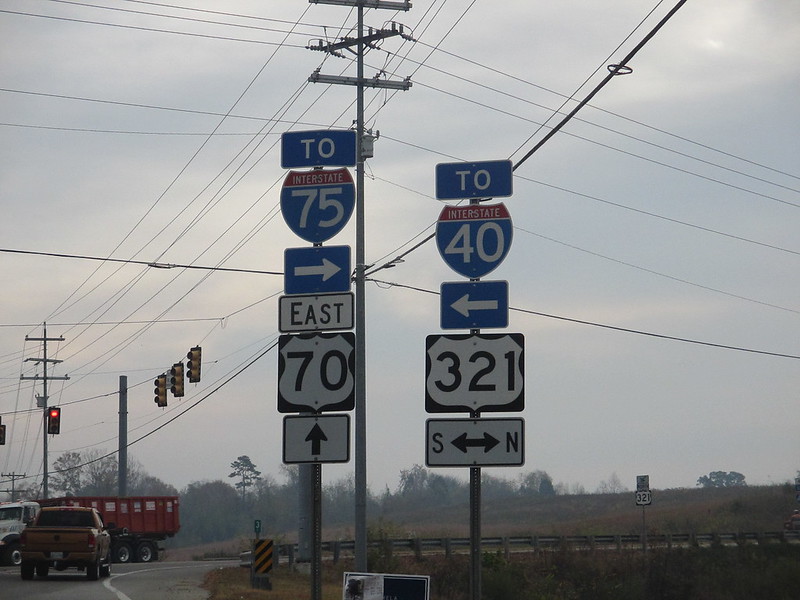