​​Michigan Highway 94, not to be confused with Interstate 94, is a state highway in the middle of the Upper Peninsula.  Its western end is at Michigan Highway 553 near Gwinn and the decommissioned Sawyer Air Force Base, in an area fifteen miles due-south of Marquette.  From this western end, Michigan Highway 94 runs east to Munising, and then south-southeast to Manistique.  The section from Munising to Manistique is more of a north-south highway; after all, it's connecting a town on the north shore of the Upper Peninsula to a town on the south shore.  The southeast endpoint in Manistique occurs at US Route 2. 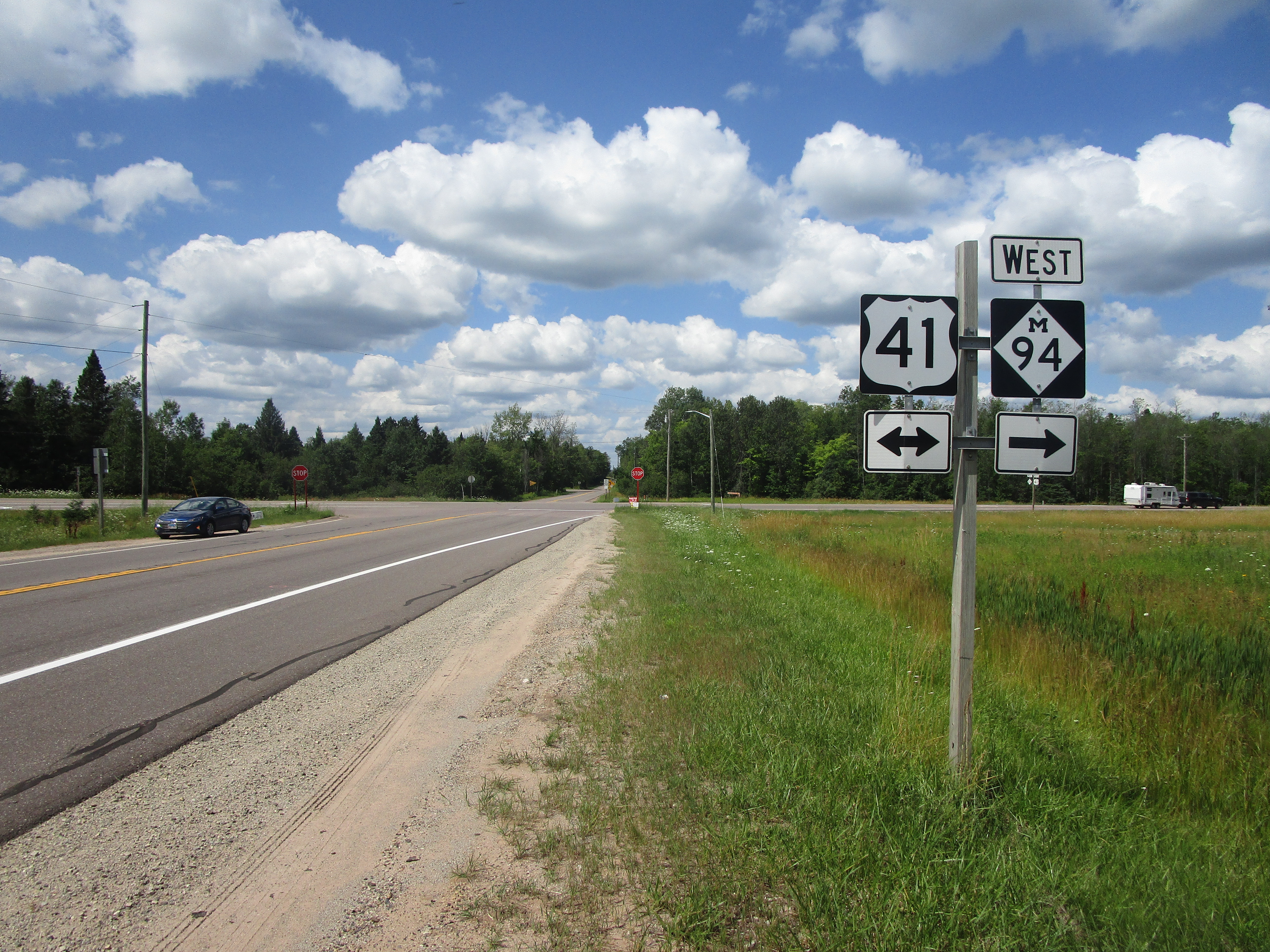