Interstate 180 is a designation applied to several highways adjacent to Interstate 80 across the United States, but the Interstate 180 in Illinois is notorious for being the most useless, pointless, stupid, worthless, wasteful, nonsensical, grotesque, pork-infused Interstate highway on the whole system.  Interstate 180 was constructed to serve a steel mill in Hennepin, the town still signed as the southern destination of this freeway spur.  That's already a ridiculous enough concept, to build a thirteen-mile freeway spur just to serve one industrial entity, one location for one business, that stays open, generating heavy freight trips for years to come.  But that's where the absurdity of Interstate 180 becomes even more amusing; the steel mill in Hennepin didn't even stay open!  Interstate 180 opened in 1969, and served the Hennepin steel mill until 2009, when the steel mill closed down.  The weak reasoning behind the construction of Interstate 180 proved even weaker, as businesses and industrial facilities are commonly ephemeral.  Now, Interstate 180 starts at Interstate 80 near Princeton, heads south down the west side of the Illinois River, and turns easterly at a sprawling stack interchange to cross the river into Hennepin, a town of only 750 people. That eastern end becomes Illinois 71's western beginning, and an interchange allows access to Illinois 26 toward the south.

Since the mile markers start with 0 in the north and 14 in the south, I'll oblige and list the exits in order from least to greatest.

Interstate 180 starts at Interstate 80 just east of Princeton, Illinois, and begins heading south. Northbound travelers meet a fork at the trumpet interchange, where staying left leads to Interstate 80 west toward Davenport, and staying right takes them eastbound toward Joliet...
Exit 3 is for US Route 6, providing access to Princeton and Spring Valley: 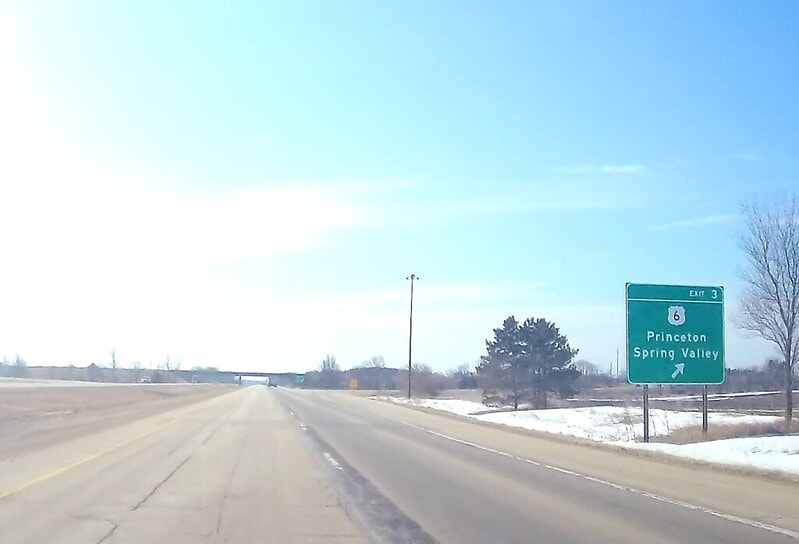 Exit 7 meets a piece of Illinois 26 that dives southeasterly out of Princeton:
Exit 10 isn't labeled with an exit number, but it's a massive, sprawling, inexplicable fat hog of an interchange that almost nobody uses, where Interstate 180 turns easterly towards the Illinois River, and an access road to Illinois 29 continues south to, well, Illinois 29. The road continuing south from here toward Illinois 29 has the potential to someday become a freeway connection to Peoria.  That eventual connection to Peoria might somewhat retroactively justify the 13-mile pulled pork (the farthest anyone has probably ever pulled a pork) that is this freeway. 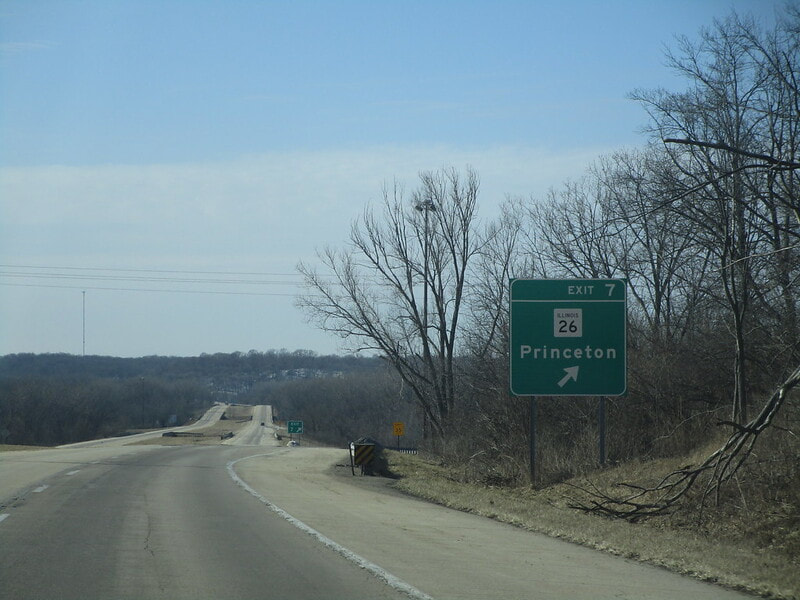 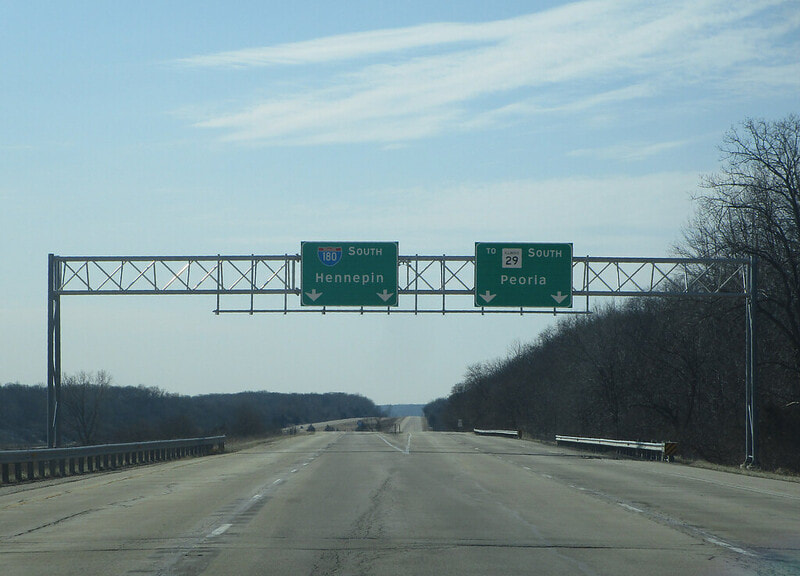 Clearly, they built this massive interchange for the birds, as I don't see any PEOPLE here: 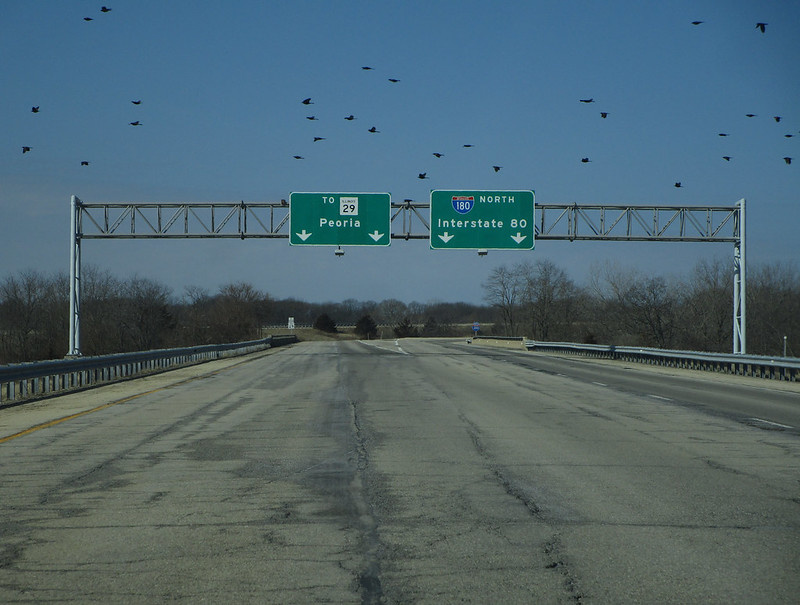 Exit 12 is where Illinois 26 comes from the north to join Interstate 180 east across the Illinois River (no access is provided to/from the west): 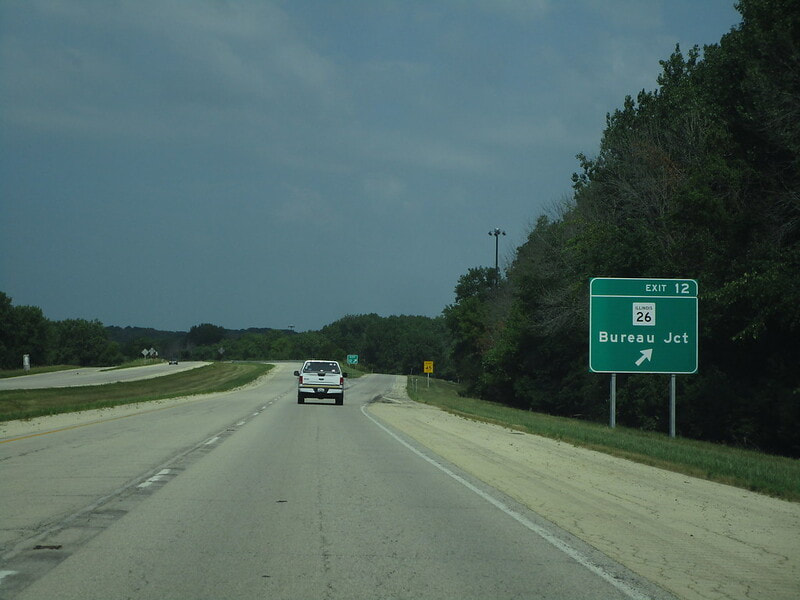