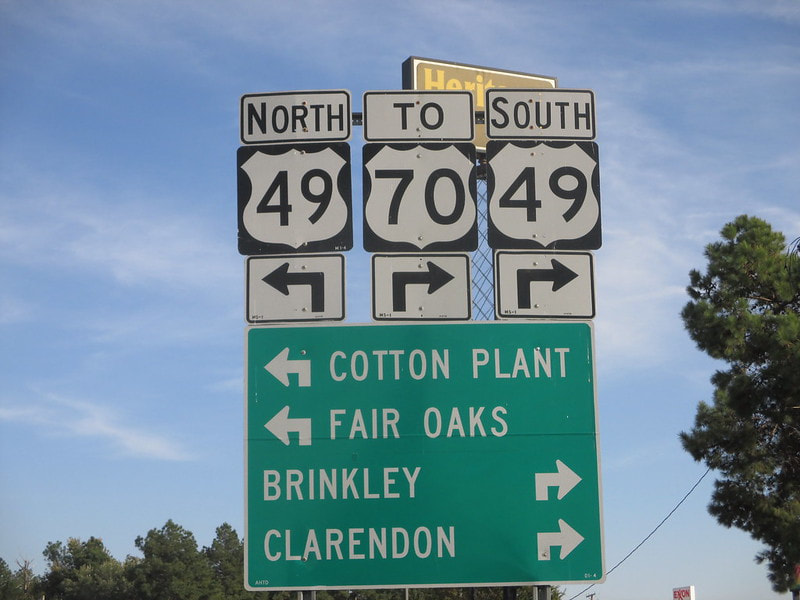 My photo of US Route 70 doesn't come from US Route 70 at all; it comes from an eastbound offramp from Interstate 40 to US Route 49 in Brinkley, Arkansas. US Route 70 sits just barely to the south of this interchange, though. Most of Arkansas's US route markers look like the one on the left, with the skinny shield shape and skinny numerals, so I was pleased to discover the two anomalies to the right. (I also used this photo for US Route 49.) This photo was taken along the return trip from the first Gulf Coast excursion in October 2014.
Back to the nationwide main page.
Back to the home page.