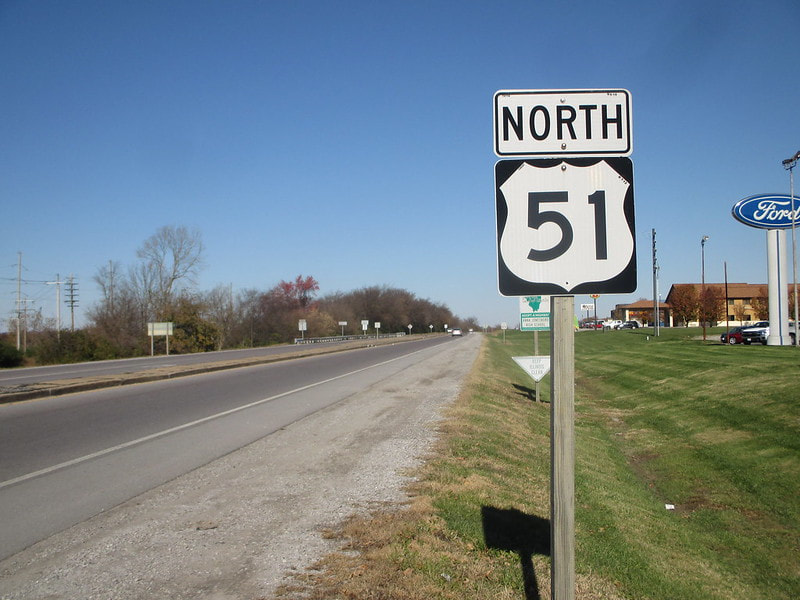 My photo for US Route 51 shows a northbound trailblazer in Anna, Illinois, at the junction with Illinois Route 146.  This is in the southernmost portion of Illinois, one county north of the county home to Cairo in Illinois's southern tip.  A long weekend in southern Illinois in November 2018, led me to stay at the Super 8 visible in the background of this photo.  Clean signage and favorable lighting led to the serendipitous choice to photograph this sign assembly for my national collection.
Back to the nationwide main page.
Back to the home page.