Black Canyon of the Gunnison

Our visit to the north rim consisted of a hike from the North Rim Ranger Station to the overlook labeled as Exclamation Point.  The hike was rather level, which was a relief to flatlanders like me who had just gotten through hiking the slopes of Rocky Mountain National Park.  The trail continues to Green Mountain, but we hiked for only forty minutes to Exclamation Point (and the forty minutes back). The views from Exclamation Point blew my mind. I was not expecting a lot from this lesser-known national park, but my expectations were wildly exceeded!

First, I should mention that the drive to the north rim requires travel on gravel roads.  The gravel roads were well-maintained when I traveled them at the end of August, 2022, but bear in mind that they are gravel.  You don't need a Jeep or anything; I managed with the rented Toyota Camry we had.  It may lead to lengthened travel times, as you shouldn't drive on gravel roads at a speed above 30 to 35 miles per hour. 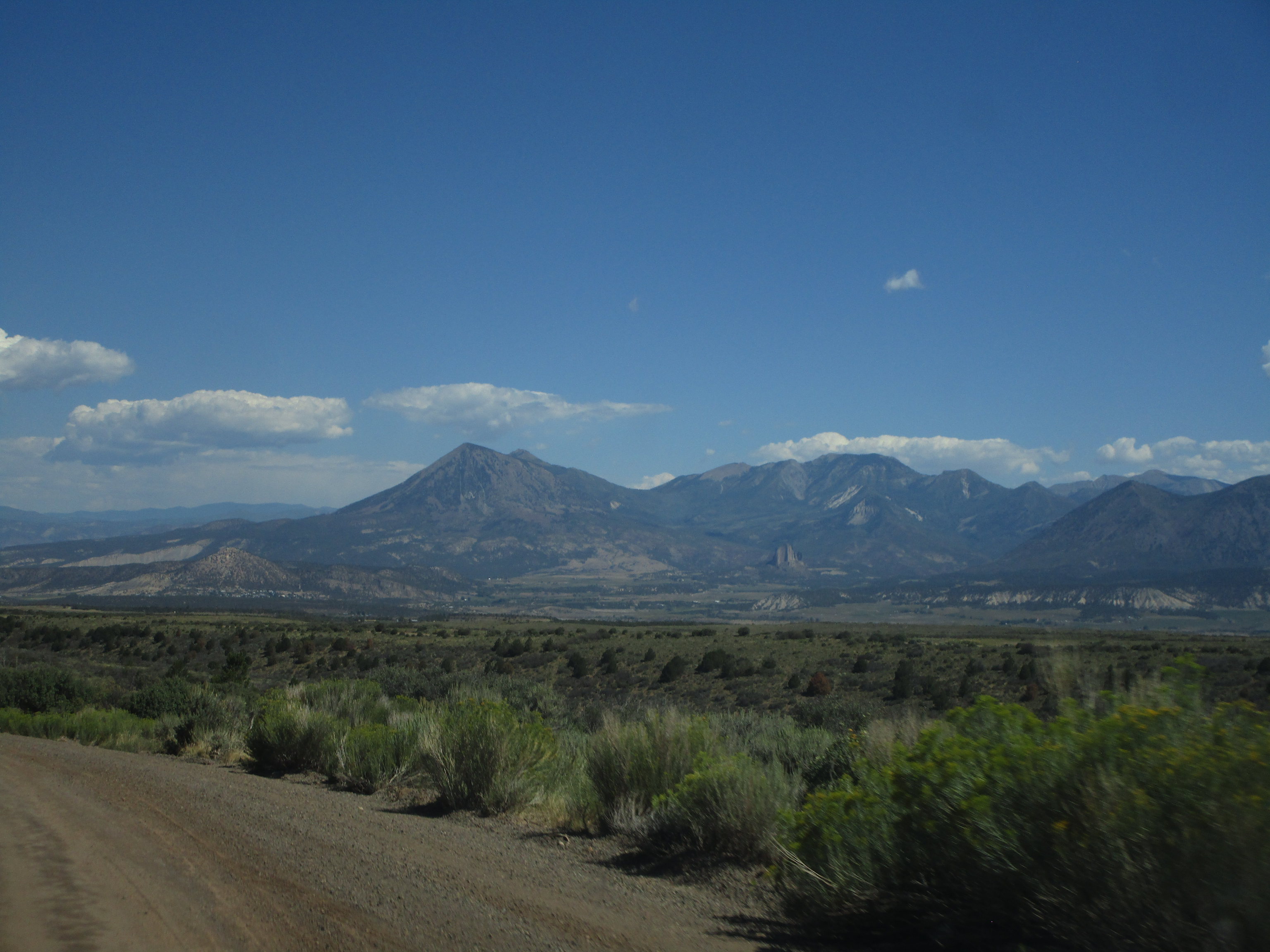 ​Second, the ranger station at the trailhead is outfitted with some helpful services.  There's a pit toilet, a source of official park maps, and a stamping station for your national park passport. There are garbage cans with bear-proof measures, too.  The North Vista Trail is the trail to Green Mountain and Exclamation Point.  Fortunately, the Exclamation Point trail has little elevation change, and it consists of dirt.  The trail is a little bit shaded, but shade isn't exactly abundant.  The views aren't exactly a slow build to a climax; the views down into the canyon come all at once, at the Exclamation Point! 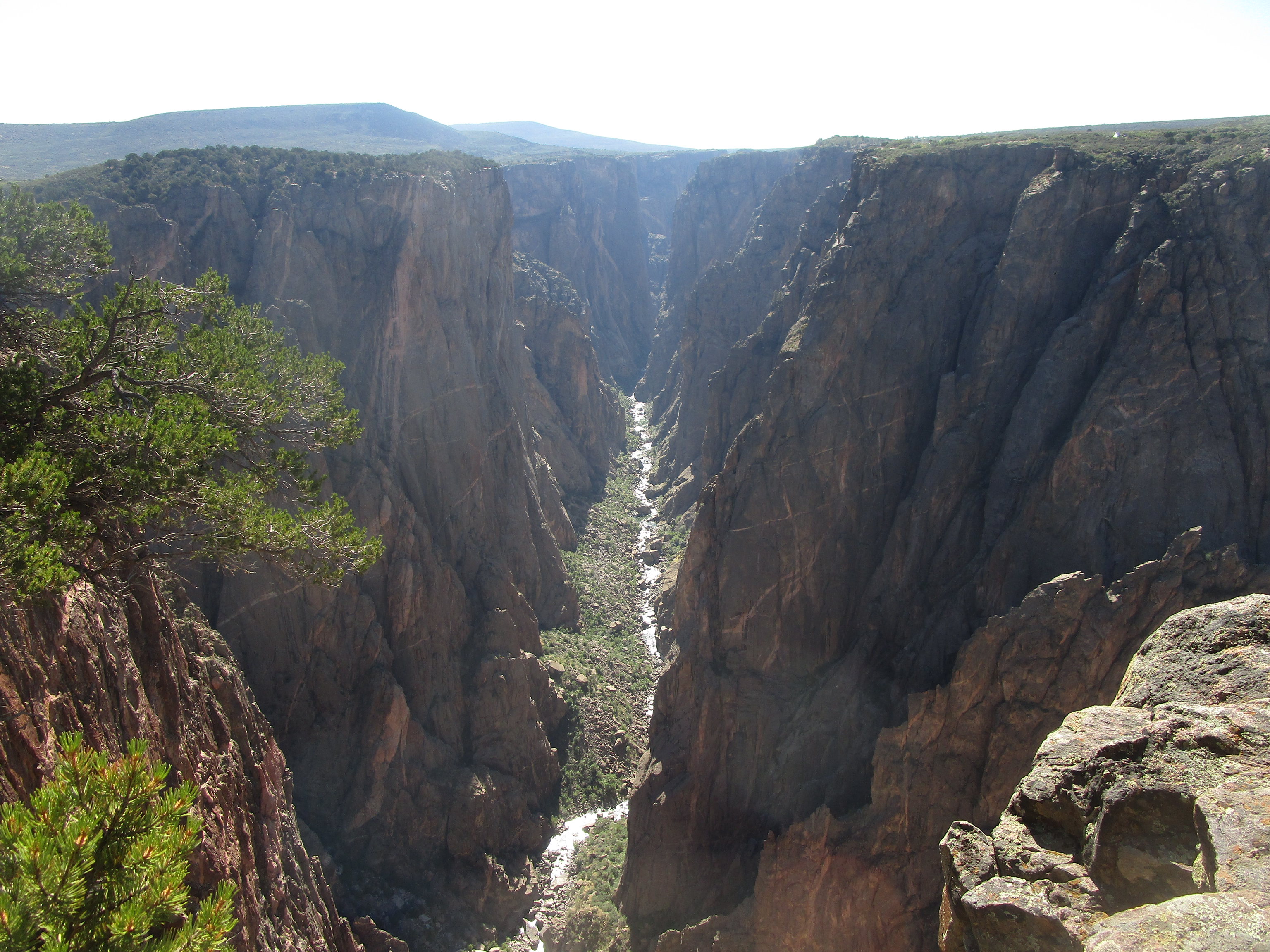 Particularly, it's easy to see the downstream end of the Gunnison River at the bottom of the canyon. The river continues east, and this portion of the river is easy to gawk at. I actually found a place where I felt comfortable sitting down with my legs dangling off of the edge of the canyon--the base of the seat slanted away from the cliff, and the back of the seat was solidly vertical for my back. I don't recommend doing this unless you're perfectly comfortable with your balance! The 1800-foot drop is especially unnerving for those with a fear of heights...like my wife...
An interesting thing to notice on the rock cliffs was the stratification.  Streaks of varying rock layers were noticeable on a lot of the rocks standing tall above the Gunnison River. This becomes more evident in photos taken from the south rim.
Part 2: The South Rim

Views from the western part of the south rim. 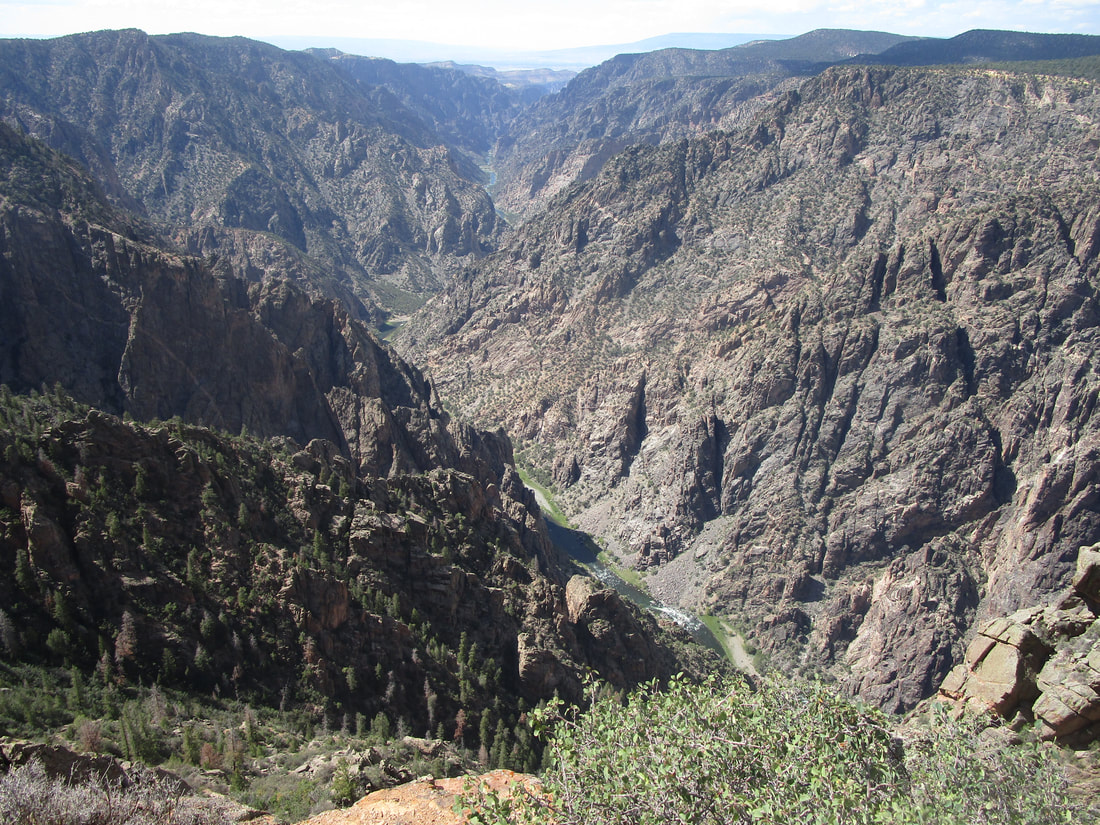 And here are some views from the eastern portions of the south rim.

The stratification looks very striking in this particular shot: 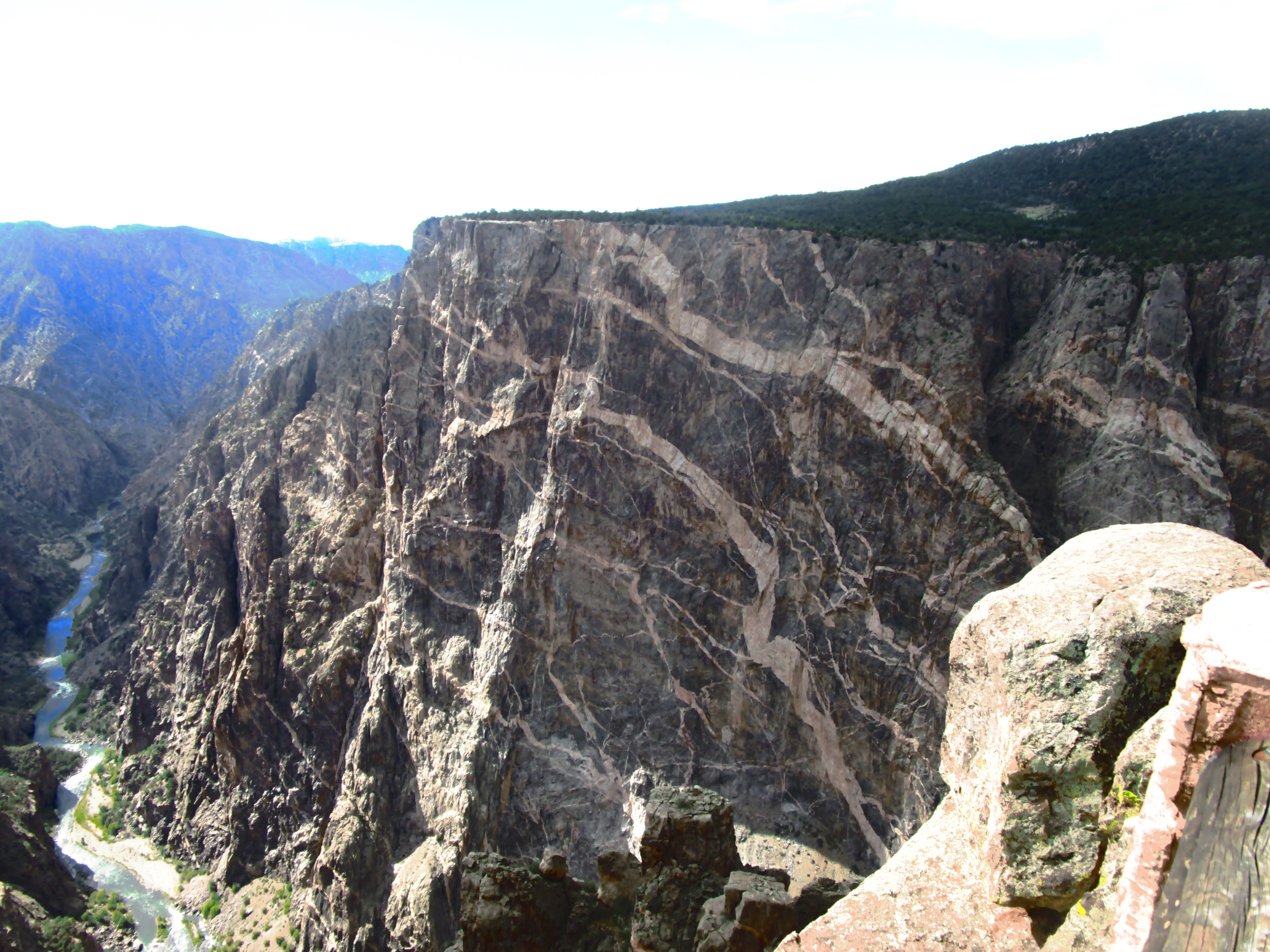 We stopped at Cedar Point, Rock Point, and Pulpit Rock.
Even the tributary streams, as they reach the Gunnison, carve very deeply into the rock below. The canyon's depth even continues to the tributaries where they meet the river.