PAUL ACROSS AMERICA
US Route 31 runs from the south end of the Mackinac Bridge at Interstate 75, south to near Mobile, Alabama.  US Route 31 begins at Interstate 75 near Mackinaw City, just south of the Mackinac Bridge, the sole roadway connection between the Upper Peninsula and the Lower Peninsula of Michigan.  US Route 31 runs south from the northern tip of the Lower Peninsula, along the western edge of the entire peninsula, which is the Lake Michigan shoreline.  After leaving Michigan, it passes through central parts of Indiana, Kentucky, Tennessee, and Alabama, to eventually divert southwesterly to its southern end in the vicinity of Mobile, Alabama.  From Indianapolis to Mobile, US Route 31 is closely paralleled by Interstate 65.  US Route 31 passes through Traverse City, Muskegon, Grand Haven, and Holland, among many other towns in Michigan along the Lake Michigan shoreline.  In Indiana, US Route 31 is a major independent highway  corridor north of Indianapolis, connecting to places like South Bend in Kokomo.  South of Indianapolis, US Route 31 is Interstate 65's surface road alternative, passing through Louisville and Bowling Green in Kentucky; Nashville and Columbia in Tennessee; and Birmingham and Montgomery in Alabama.  The southern end of US Route 31 actually occurs across Mobile Bay from the city of Mobile proper, at US Route 90 and US Route 98 in Spanish Fort, Alabama.  US Route 31 merges onto the causeway that takes US Route 90 and US Route 98 west, right into downtown Mobile. 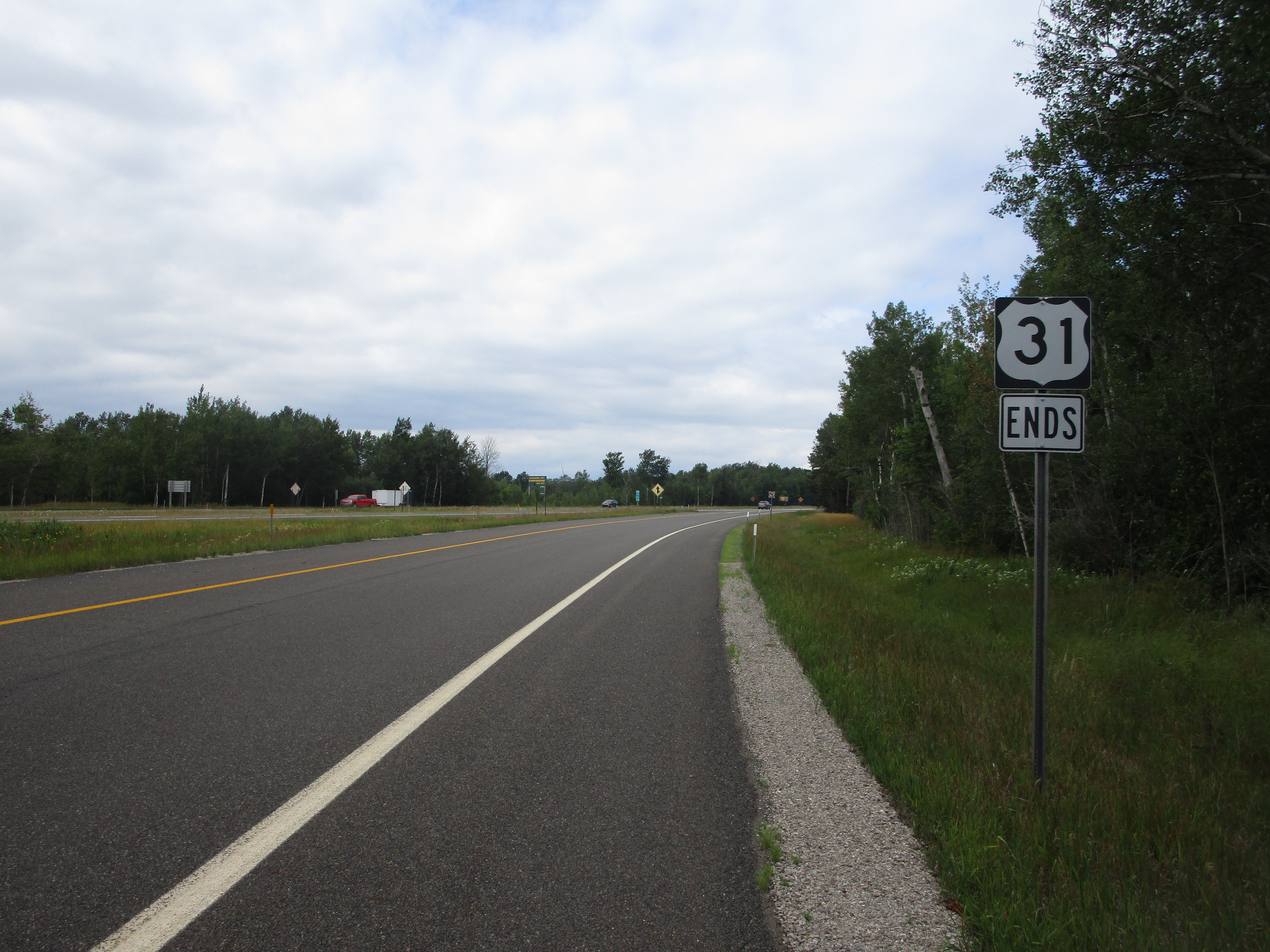 My photo for US Route 31 shows the very northern end of the highway, as it merges with Interstate 75 near Mackinaw City, Michigan. The end marker is shown in the video, and it sits near the downstream end of the ramp at the partial split interchange, facing south.  This photo was taken at the very start of August, 2022, as I was driving around northern portions of Michigan to pursue state-level collectibles.